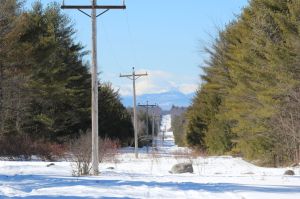 Though it was a blustery day, the wind wasn’t much of a bother in the woods beyond the power line. I crossed the snowmobile trail and slipped into my peace-filled mode. 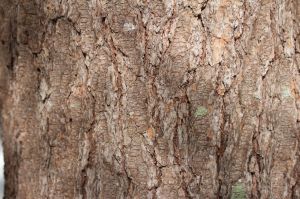 Until a couple years ago when I was working on my capstone project for the Maine Master Naturalist Program, I didn’t know a lot about tree bark. Since then, I’ve been developing my bark eyes. Seriously, I have a difficult time driving down the road–my distraction isn’t a cell phone. It’s tree bark. 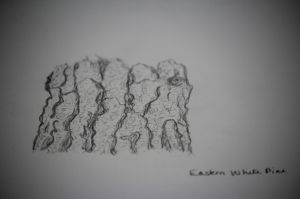 I like the pattern visible on the plates of Eastern White Pine–its numerous horizontal lines remind me of writing paper. Hmmmm . . .

What better way to get to know it than to sketch it. One thing I’ve learned over the years about sketching is that it doesn’t have to be exact. Only God is perfect–thank goodness I don’t have to aspire to that goal. So my sketches represent what I see. 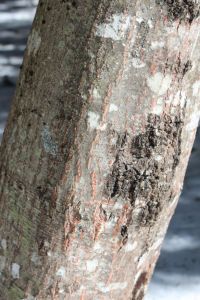 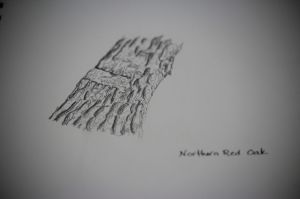 The red inner bark of Northern Red Oak is visible through the furrows. In older trees, the flattish furrows look like ski tracks coming down the tree. 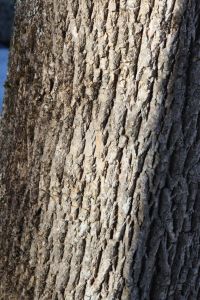 Do you know this one? Can you see the diamond shape? Some people see a letter A. Others see the rind of a cantaloupe. I guess, whatever works for you is the best way to describe it. 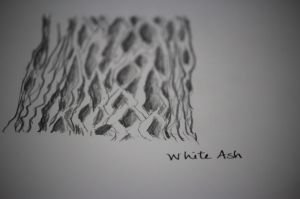 White Ash it is. I feel like we’re not only on a texture tour of trees, but also a color tour 🙂

Last one for today before I share a few other cool things that I discovered. 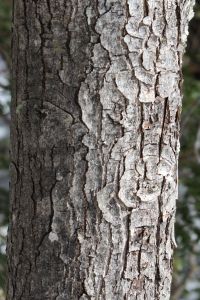 This one always catches my eye. No only is it known for the color of its twigs, flowers and fall foliage, but look at the bark. Do you see the bull’s eye pattern in the cracks? Bull’s Eye Target on Red Maples is caused by a fungi that only affects this species. Most Red Maples in our area display the target. It doesn’t appear to kill the tree–immediately. 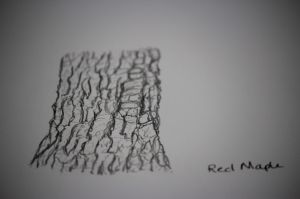 Though the snow is still deep, it’s getting more and more difficult to move–crusty on top and then, whoosh, suddenly I sink in–snowshoes and all. 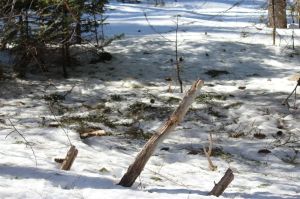 As I tromped along, my eyes were drawn to the area under a large hemlock that I’ve visited many times this winter. At first there was activity there, and then nothing, until today that is. 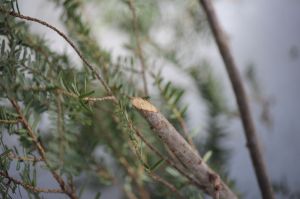 The porcupine had nipped the branches and you can see the incisor marks on this one. The fallen branches become prime deer food.  Deer had been under the tree. I took a photo of their tracks and scat but, alas, the wrong camera setting and it was overexposed.

Also seen under this tree, a spot where a red a squirrel paused on a branch to strip a white pine cone–and let the scales and leftover cob fall to the ground. Another cafe in the woods. 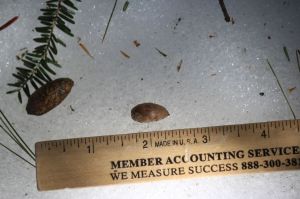 Porcupines scat as they eat. Under this tree, I found some of the largest porcupine scats I’ve ever seen. The one photographed here is normal size, but I wanted to show it beside a hemlock cone. They do look similar until you get up close and personal. While the scat is woody, the cone has scales. 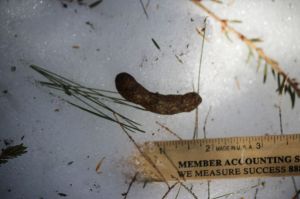 I couldn’t resist sharing this one. One rather large porcupine scat. 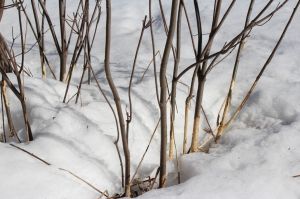 I hope you are still with me. A mystery that I think I’ve solved. Unfortunately, the tracks were diluted by the recent warm temps we’d had but I had a general idea of the movement this critter made.And there was no scat–I looked around as you can imagine. 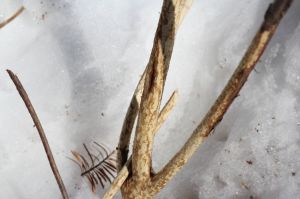 A closer look. Did you notice that the work is all toward the base of the saplings? 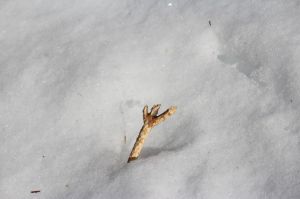 Final clue–an angled cut. Rather clean cut, unlike those made by ungulates (deer and moose). This critter has sharp teeth. And we can thank it for our ability to move on the snow. What is it? Any guesses?

As you wander, take some time to wonder about the bark in front of you. I’ll keep sharing more as my bark eyes continue to develop.