We were together all day, but in my mind our Mondate didn’t officially begin until we ate lupper at a small harbor-side restaurant on Commercial Street in Portland. Fish. Fresh fish–always a treat. So lupper it was at about 3:30 pm, such was the day. I’m willing to bet you’ve never heard of lupper before. I have–occasionally. It goes well with a Maine IPA. Lupper–lunch and supper. OK, so it’s late and I’m tired. After dining, we drove to Crescent Beach State Park in Cape Elizabeth–a combo of sandy beach and the rocky coast of Maine.

So true. And not something I always heed. I can’t tell you how many things I’ve collected over the years.

We had to park by the gate and walk in. Along the way, the Speckled Alders let us know that spring has sprung at the coast. Still a week or two away in western Maine, but here, the catkins are singing with joy. The shift has begun–from burgundy to yellow. 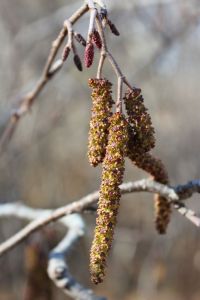 Dancing in the breeze, these distended male catkins send their pollen a-flying.

Meanwhile, just down the stem, the rather petite females, red in color, stand quietly nearby–ready to receive. OK, enough of the birds and the bees. 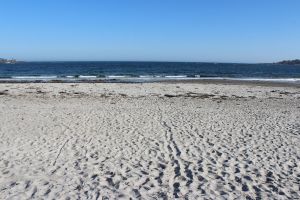 The beach, the Atlantic Ocean, McKenny Point to the left and Richmond Island to the right.

The crescentness of the beach. So I made up another word. It’s what I do–the liberty of the word smith. 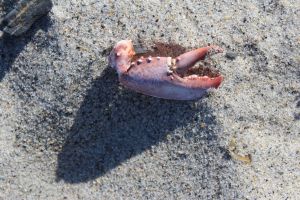 I did. And in the process, my childhood along the Connecticut coast kept calling to me. Memories of collecting mussels from among  jetties and using them as crab bait–many a crab we caught.

And quahog shells. These we learned to feel for under our feet. But the empty shells also became the canvas of art projects. Here in Maine, and I haven’t actually seen these,  there are historic middens of quahog and oyster shells. Actually, I remember a pile in Guilford, CT, at Chello’s Oyster House. Or were those oyster shells?

Seaweed salad. How many, many hours we used to spend popping seaweed bubbles–the precursor of bubble wrap?

The common slipper shell–formerly the home of a sea snail.

Razor clams. This one is empty, but I remember finding them whole when mucking about at low tide was my common habit.

Let’s hope someone enjoyed a little crab meat supplied by this arthropod. 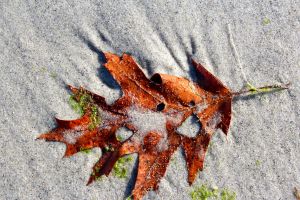 A reminder that it isn’t all seashells and seaweed. The  ubiquitous red oak also shares this place.

Remember the sign at the beginning of this beach walk? The one stating that trees, shrubs, flowers, wildlife, grasses and rocks are part of the park and need to be left there? It didn’t mention sea glass. Yes, I will happily share this sample with you–all you need to do is ask. 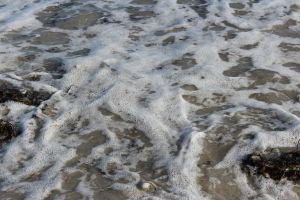 Looking around, I was mesmerized by foamy water. 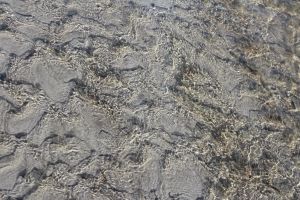 Designs in the sand. 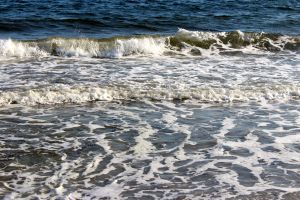 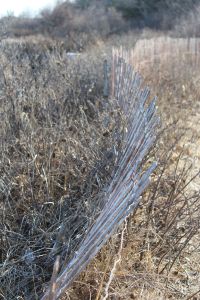 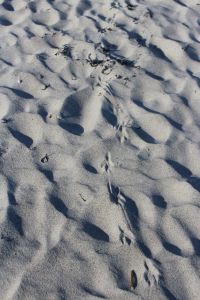 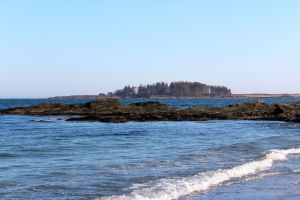 We were almost at the end of our visit.

Someone else created this message on the beach, but it was Monday, a Mondate, and we just happened to be there. It didn’t matter that our date was late. What mattered was the message in the sand.

Always something to wonder about–thanks for happening along.

2 thoughts on “A Message in the Sand”