Thanks to my beautiful niece who married her true love on Friday night in Corolla, (Cor-RAH-la, not Cor-OLL-a), North Carolina, we spent most of the week living the dream on the Outer Banks. 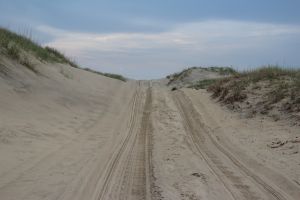 A running start was necessary to get up and over two dunes before reaching our hideaway destination.

We stayed at The Dream, literally, an 18-bedroom beach house only accessible via 4×4.

Frequently, we hiked over the dune to explore the shoreline, where we were greeted by . . . 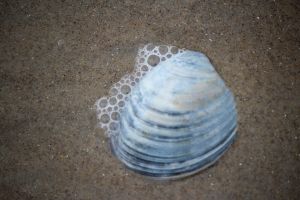 The wildlife was abundant, both in sign and actual sitings. 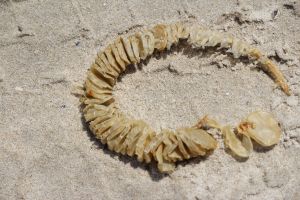 Whelk egg and skate egg cases (aka, the little mermaid’s purse). This one is split open, so I suspect the young skate has emerged. 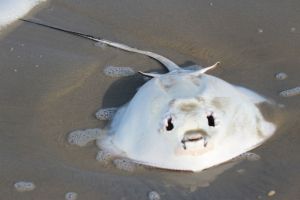 Near the water’s edge I found a few beetles, like this one. It appears to be a Fiery Searcher, which is a caterpillar hunter. But . . . the habitat seems wrong, so if you know otherwise, please enlighten me.

Further down the beach, I found one on its back. Check out those iridescent colors and patterns. 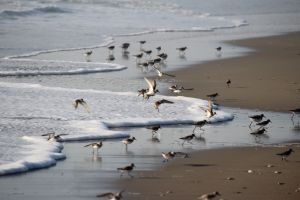 Gulls, grackles and terns marched along the water’s edge, sometimes not caring that I was nearby and other times scattering quickly as I approached. 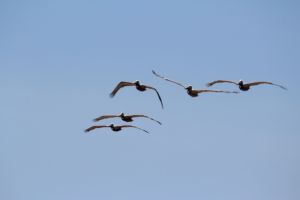 Groups of pelicans often flew low over the water. 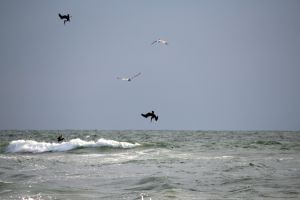 And then suddenly, they’d dive bomb. I was always too far away to see what they caught.

My camera wasn’t handy when I saw this deer cross the dunes by the house, but by his tracks I knew him. 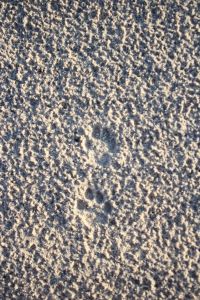 We had several repeat visitors, including the red fox that passed by each night. 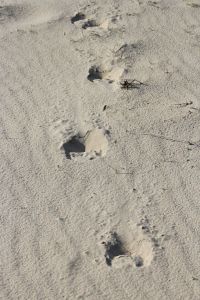 the wild horses. They appear when you least expect it. Though their origin is not clear, it’s believed that they may have been inhabiting the Northern Outer Banks for the past 500 years. 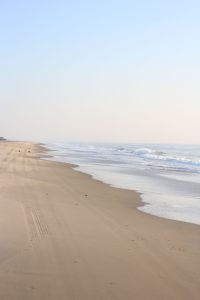 Compass points: Looking north and south from the beach. Then east and west from Penny’s Hill, the second largest dune that happened to be located behind our house and was the site of the wedding. 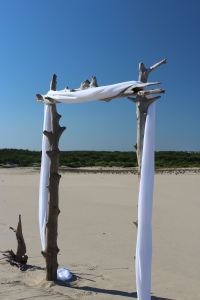 Elegant in its simplicity

To Jaime and Kevin, “You’re beautiful and pretty and happy with love and pretty in the heart . . .”

Thank you both for letting us all wander and wonder and be a part of your dream. May your marriage be a happy, long and adventurous journey into the sunset.

6 thoughts on “OBX: Living the Dream”