Our afternoon Mondate found us sneaking to the peak–Peaked Mountain in North Conway, New Hampshire. While it’s not the most challenging hike ’round these parts, it offers great views. 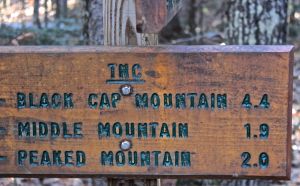 The trail is located in The Nature Conservancy’s Green Hills Preserve. It’s a great place to snowshoe, but today that wasn’t an option.

We chose the counter-clockwise route–hiking up through the ravine between Peaked and Middle Mountains.

Though it was a constant companion, we couldn’t always see the water rushing downhill, but occasionally we were able to take a peek. 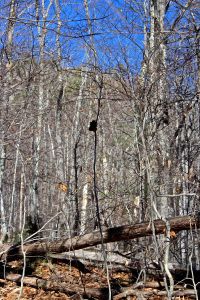 And through the trees we had another sneak peek–that of the summit of Peaked Mountain. Not far from here, we left the mountain stream behind and starting climbing the connector trail toward our destination. 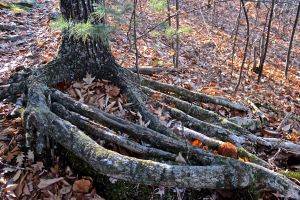 Our discussion centered on roots–our family tree roots and how we can continue to fill in the blanks.

As we got closer to the summit, I realized we were among another family–the  Pinaceae or pine family. White pine, with its five flexible needles in each bundle, grows just below the summit.

At the top, the red pine and pitch pine grow side by side. Their bark is similar in appearance, but the needles and cones make their ID easier. Red pine features two long, stiff needles in a bundle. 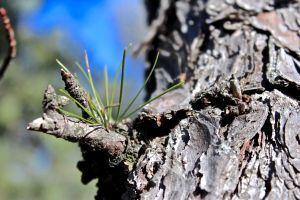 Pitch pine, on the other hand, has three in a bundle and they’re about half the length of red pine needles. As one friend says, “One, two, three strikes you’re out–pitch pine.” I’m a firm believer in mnemonics.

Then there are the cones. 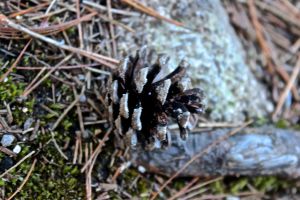 Red pine cones are ball-like in shape and almost stalkless. 1.5-2.5″ 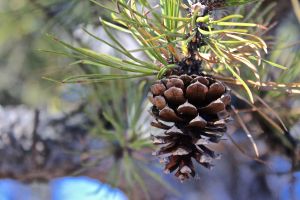 A few cool things to note about pitch pine–because of its high resin content, Colonists used it for turpentine and tar to grease wheel axles; and pitch pine is fire resistant, meaning following a fire, new needles are produced on new branches from suppressed buds; also, it will stump sprout after a fire.

We found lunch rock and enjoyed our usual PB&J. Today’s jam was prepared by our friend, Pammie. Spiced peach. Delish.

Before us stood Middle Mountain. Though we’ve hiked Peaked a few times before, as well at Black Cap behind it, we’ve never actually reached the summit of Middle. One of these Mondates.

The sun reflected off the roofs of the outlets in North Conway. We were much happier looking down on them, than being down there looking up.

Pudding Pond and the Moats add to the view. 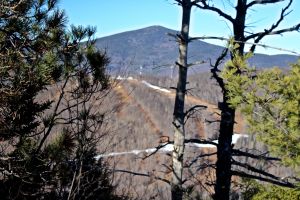 The route down put us on the shaded side of the mountain, where ice coated the rocks.

Cranmore featured top to bottom skiing this past weekend, but really, we need snow. And cold temperatures.

Even Mount Washington looks like it needs a fresh coating of the white stuff. 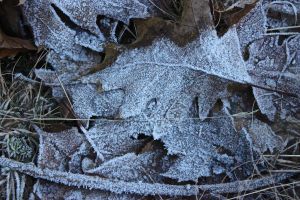 We did find some leaves decked out with frost. 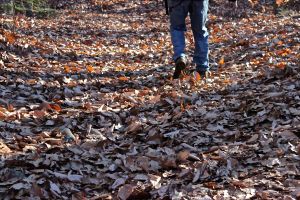 While my guy followed me up the trail, I followed him down. He scruffed along, not letting the leaves, rocks and roots bother him. I, meanwhile, took my time, overthinking each placement of my feet. After a few falls last month, each step has become a feat.

He provided guidance over icy sections and occasionally waited patiently for me to catch up, never once commenting on my caution. I appreciate that.

And I appreciate that we shared a variety of peeks as we conquered the peak. Peaked Mountain Mondate.

2 thoughts on “Peeking About Mondate”