We fell asleep to winter and awoke early this morning–eager to celebrate the vernal equinox.

It was dark and cold (15˚) with a brisk breeze when we joined others for a 6am hike up Bald Pate sponsored by Loon Echo Land Trust.

While we waited at the summit and tried to stay warm, we were treated to hot cocoa and amaretto cake. YUM! 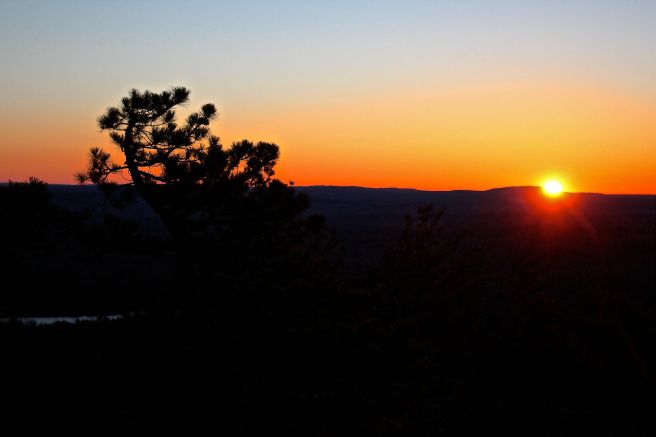 the sun shone upon this first day of spring.

After church, I made a quick visit to the vernal pool where ice is still the name of the game. 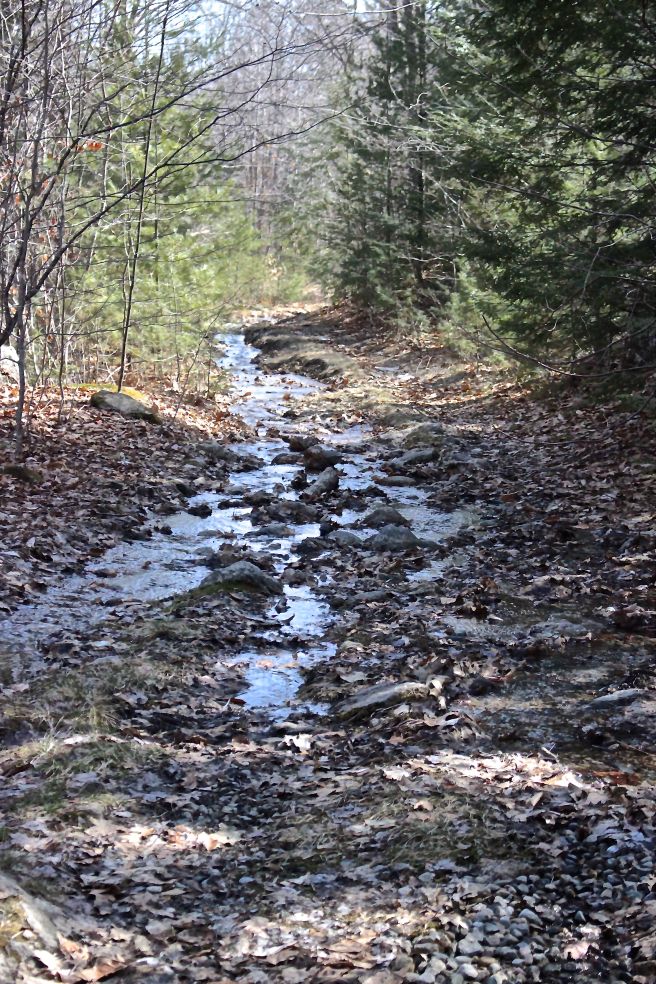 And after lunch, we headed off on another adventure. At first we followed an old road, which was tricky business.

Though at least six foundations are located along this road where young men carved out a living prior to the Civil War, we allowed ourselves time only to stop at one. We were on a mission.

We turned north at the power line and trudged up and down hills in search of a brook. 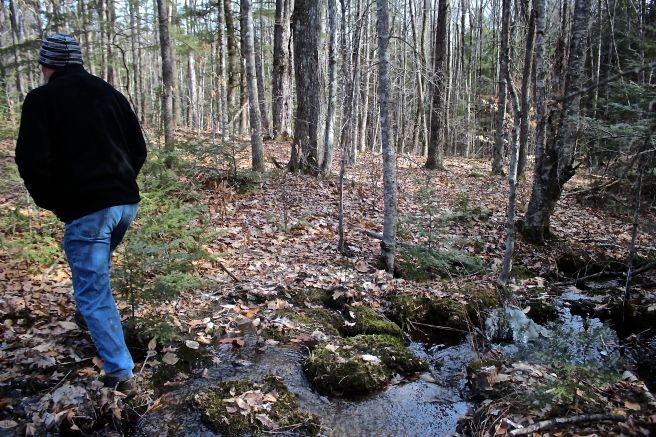 That direction didn’t feel quite right, so we followed our noses and turned into the woods.

And then we stumbled upon a property line that was posted. We love the fact that in Maine one can walk upon any property that isn’t posted. This one was recently marked and so we respected the landowner’s wishes.

That is, until we got to a point where we decided to trespass after all. Our journey took us past meandering streams, 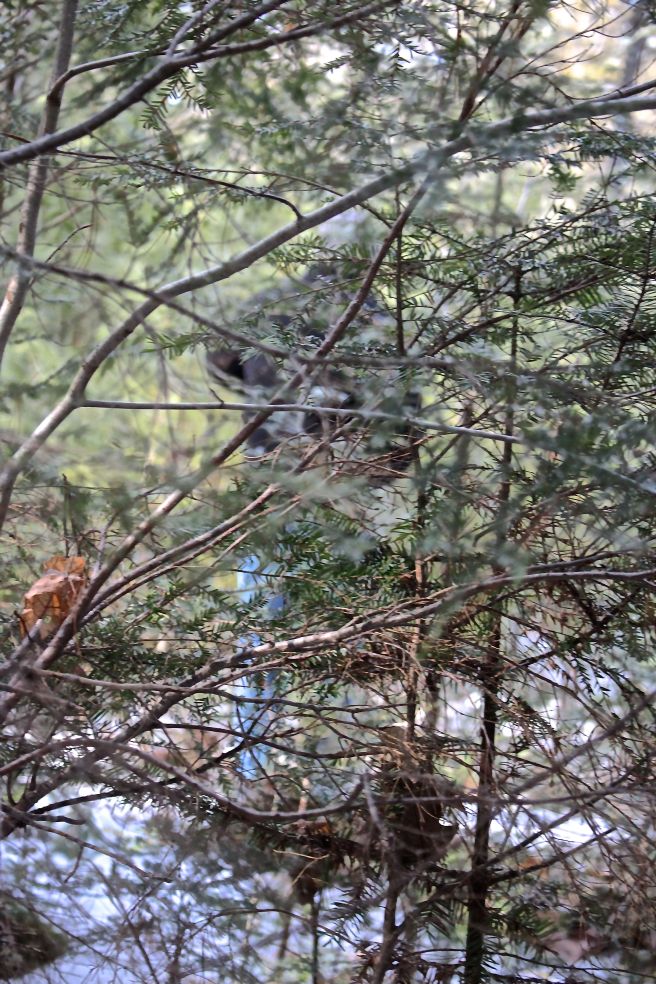 and tripping among the understory.

We saw where a deer had rubbed its antlers,

another enjoyed fine dining, and

a third said goodbye as it returned from whence it came.

We found common polypody fern (Polypodium vulgare) indicating that the temperature was higher than it had been earlier in the morning.

This was our view of polypody when the temperature was much lower on Bald Pate.

We passed a porcupine den. 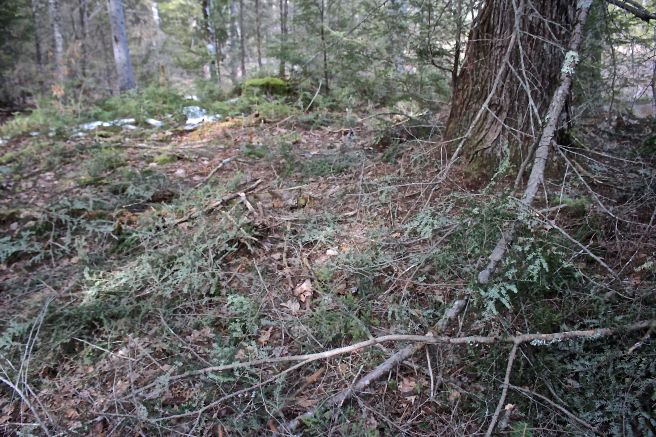 And then we came upon downed hemlock branches and 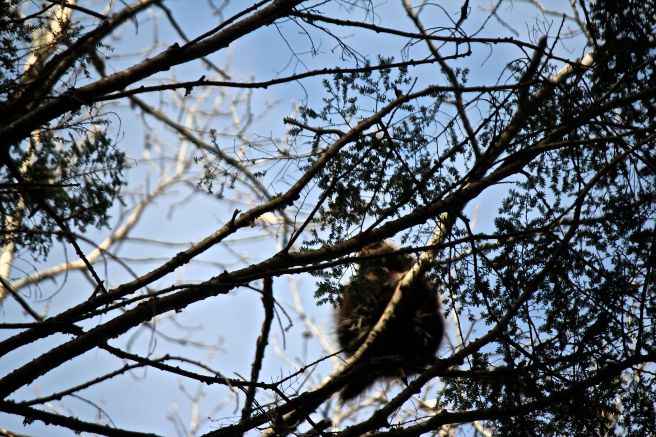 Finally, we found ourselves walking along a game trail beside a brook–feeling like we might just be on the right track.

Where the brook widened into a pond, we knew we were in the right place. 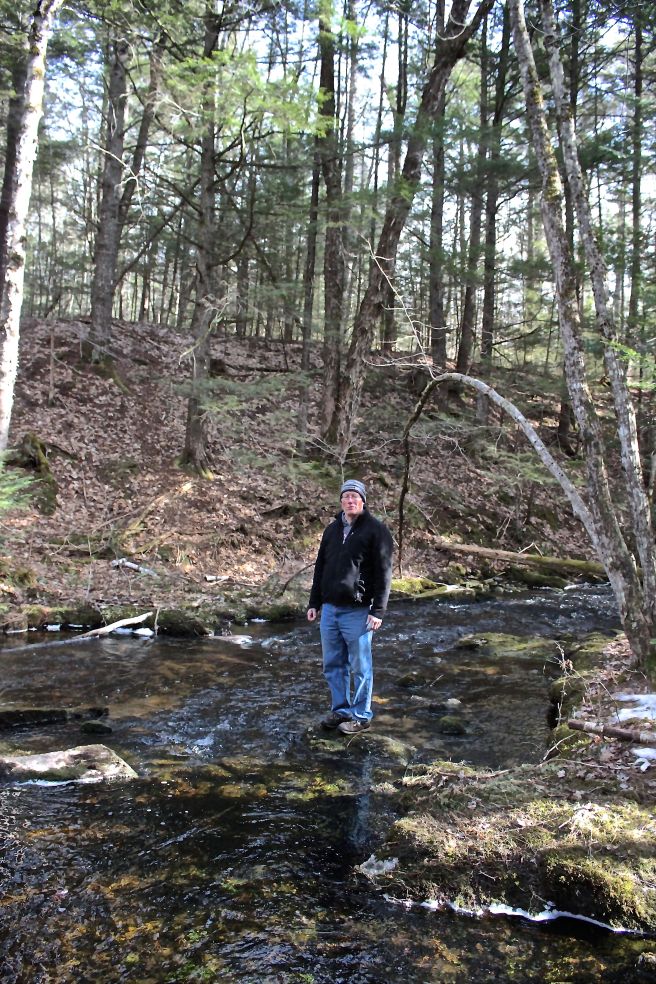 Just below the pond, my guy stood in the middle of the brook, excited about our find. We’d attempted to locate this spot a year ago and missed it by a long shot.

According to the 1858 map of Oxford County, we were at the sight of R. Bennett’s sawmill. I’d first visited two years ago with my friends, Sue and Janet. It’s actually located on Sue’s land. We’d come in from her home on my first visit, but today we came via Old City. 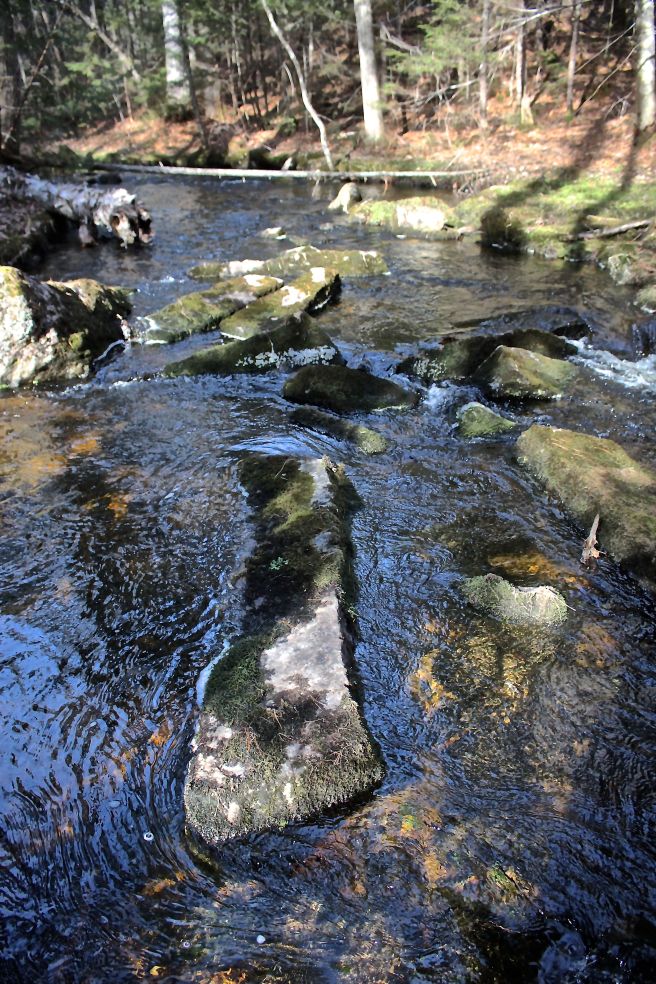 A year ago, my guy and I snowshoed in search of this sight but never found it so we were gleeful about today’s success. 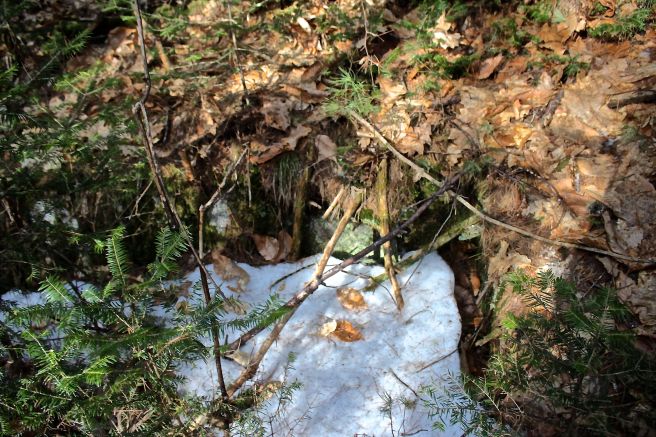 Our intention had been to search for the mill until 3:30. We found it just after 4pm. And rather than try to follow the stream back, we decided to bushwhack in a more westerly direction. On a hill above the mill we found a foundation made of drilled stones that are neatly hidden by moss and ferns and assume it was part of the mill. 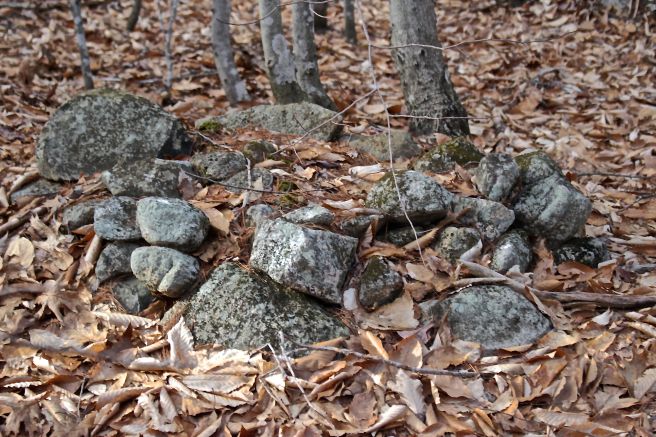 Our bushwhack continued until we finally emerged by a rock pile beside Old City Road. Its circular formation had me thinking water well. 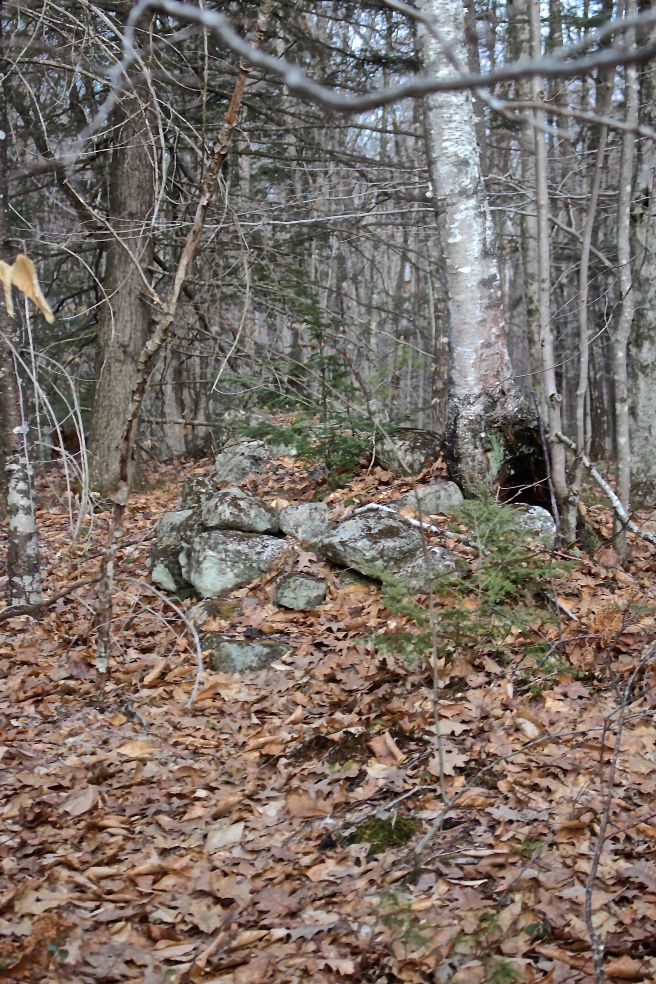 Will we ever find it again? That’s always a question, but now we know to walk along the road until we reach the last double-wide wall and then turn at the well.

I liked the ghost-like effect of my guy walking back on the road–reminiscent of the men who once lived here and worked these woods. I followed my guy out and both of us occasionally felt the suction of mud. Occasionally one foot was drawn into the earth as if it intended to stay behind. We finally returned to our truck at 6pm (so much for our intention to be home by 4:30), our celebration of the vernal equinox complete.

4 thoughts on “Celebrating the Vernal Equinox”