If you’ve traveled with me before, you know that I often frequent the same trails. And so it was today. Oh, there was a change-up in the early morning hours when I joined a couple of members of the Lakes Environmental staff to oversee a volunteer project by the Rotary Club. Rotary members from around the state and beyond (think Argentina) spent four hours clearing a new trail we’d laid out at LEA’s Maine Lake Science Center. They provided humor and hardwork hand-in-hand.

And then a friend and I drove to LEA’s Holt Pond Preserve where everything was in exotic mode.

One of our first finds was an apple oak gall about the size of a golf ball. So, the apple oak gall female wasp (yes, there is such a species) crawled up the tree trunk of a Northern red oak in early spring and injected an egg into the center vein of a newly emerged leaf. As the larvae grew, it caused a chemical reaction and mutated the leaf to form a gall around it that provided sustenance. 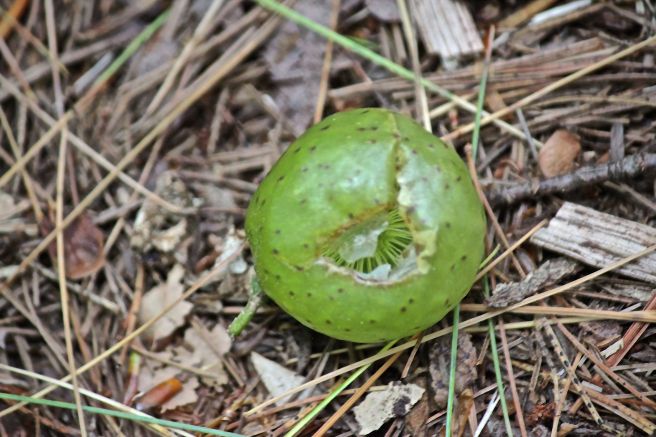 Recently, the wasp drilled its way out and probably found a mate. 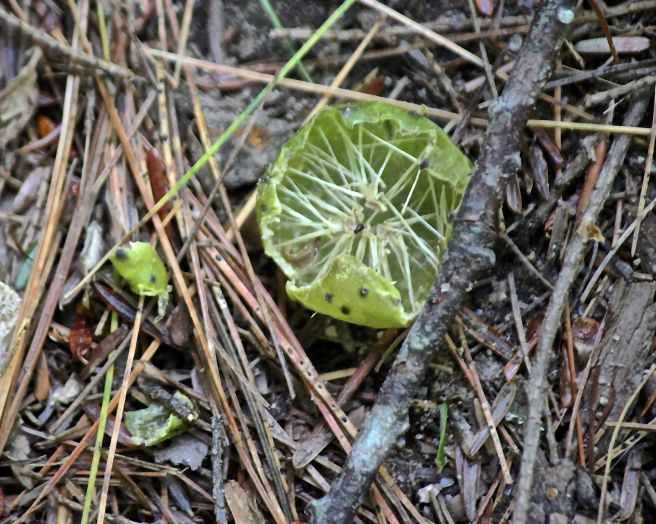 Along the first boardwalk in the red maple swamp we found Northern blue flag iris in bloom. Flag irises are wild irises that tend to grow in boggy areas. Unlike the irises that grow in our gardens, they don’t have beards. The venation of the gracefully downturned sepals was intense–the better to attract pollinators.

We moved from the swamp to the first hemlock hummock and chatted about natural communities when suddenly we realize we were being hissed at.

Its coloration threw us off and beautiful though it was, the hairs on the back of our necks stood on end. Apparently we made it feel likewise. And so we retreated. We retraced our steps and decided to complete the same loop in the opposite direction. When I got home, I looked it up and realized that it was a common garter, but really, there didn’t seem anything common about it in the moment.

Because we backtracked, we were treated to fresh and older hemlock varnish shelf fungi that  we may not have seen otherwise.

Later on, as we left, we recognized a friend’s vehicle in the parking lot. Our question–did he see what we saw?

Throughout the preserve we found one of our favorite plants that in my book is the most exotic of them all. 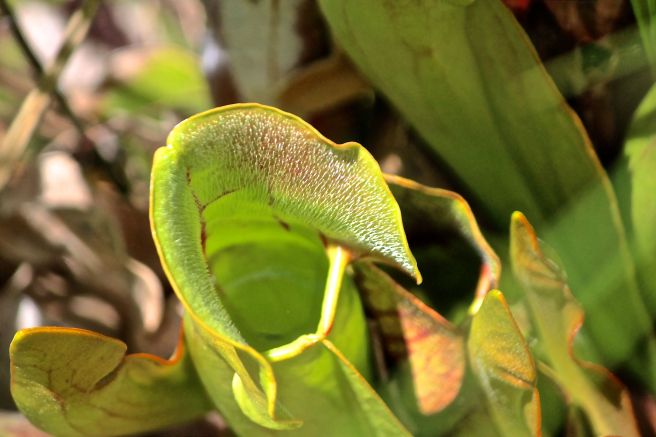 The carnivorous pitcher plant obtains nitrogen and phosphorus by eating insects. Its oddly shaped leaf forms a unique pitcher partly filled with water and digestive enzymes. The spout is a hairy landing platform for insects attracted by its red venation and nectar glands. Imagine this: An insect crawls to the edge of the leaf, aka pitcher, slips on the downward-sloping hairs and plunges into the liquid below where enzymes and bacteria break it down. Any chance for escape are zapped by those stiff hairs. Oh my.

The pitcher plant isn’t the only carnivorous plant that thrives here. Check out the glistening tentacles of the sundew intended to capture small insects like a mosquito. Should one land on the tiny leaf, its feet become ensnared in the sticky secretion and the end is eminent. YES! Within mere minutes the tentacles curl around the victim and suck the nutrients out of it. Go sundews. Go pitcher plants.

Only beginning to bloom was sheep laurel with its deep crimson-pink flowers. Located below the newly emerged leaves, each flower has five sepals, with a corolla of five fused petals and ten stamens fused to the corolla. Beauty and danger are also encompassed here–it contains a chemical that is poisonous to wild animals, thus one of its common names is lamb kill.

Because we were beside the pond, we thought to look for dragonfly exoskeletons and weren’t disappointed.

And the dragonflies themselves were worth our attention. I’m not sure my ID is correct, so help me out if you know better, but I think this is a broad-tailed shadowdragon and if that’s true it is one that Maine is paying attention to because it only occurs in one or two states.

Another that I name without certainty–beaverpond club tail.

I’m much more confident about my ID of this ebony jewelwing damselfly.

We found a double-decker Indian cucumber root that displayed flowers in varying stages. The yellow or green-yellow flowers drooped below the upper leaf whorl and as is their custom, were slightly hidden. Each flower had three long, brown styles in the center that curved outward and the stamens were magenta. 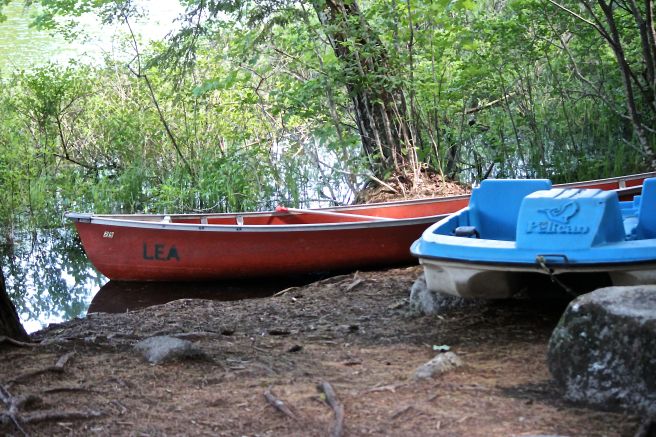 Among the unnatural offerings, a few boats to explore the river and pond. Though we noted a couple of paddles and one pfd, we highly recommend you bring your own. 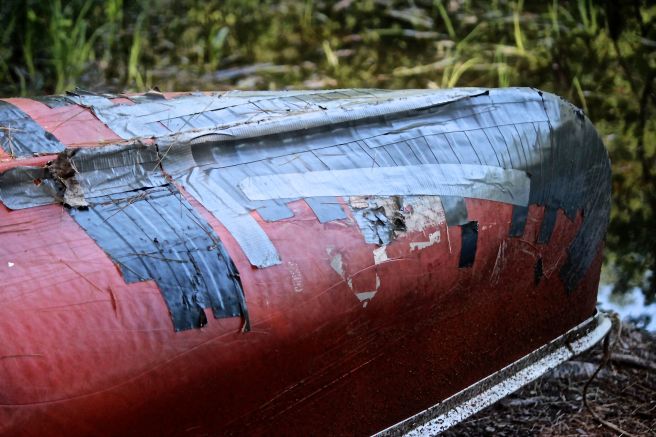 Some extra duck tape is also a good choice just in case. 😉 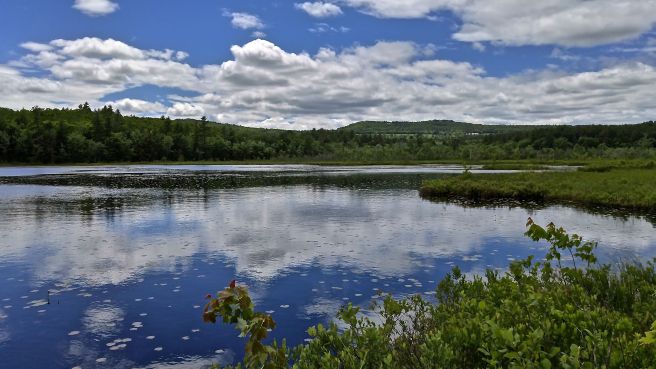 Like the ever-changing reflection, life changes constantly at Holt Pond. The more I look, the more I realize how exotic life is in Maine. Who knew?

2 thoughts on “The Main(e) Exotics”