It’s been a few weeks since my guy and I shared a Mondate. And so, this morning after joining our youngest for breakfast, we mosied on over to Pleasant Mountain in West Bridgton. Leaving the truck at the base of the Ledges Trail, we walked 1.5 miles down the road to the Bald Peak Trailhead. Since we didn’t have two vehicles, it was much easier to get the road piece done first, rather than at the end when we would be hot and tired. The climb up was a wee bit slippery since it had rained most of the weekend and was still raining at 5am. But the rain had stopped, the sun shone brilliantly and the breeze made for a pleasant adventure up our favorite mountain.

My guy encouraged me to go first and I surprised him with a steady pace. I did pause, however, when I spotted fruit beginning to form on Indian cucumber root.

By the time we reached the intersection with the North Ridge Trail, we realized we were in for more fruit–a sweet treat. Since the high bush blueberries at home aren’t ripe yet, we didn’t even think to bring containers for the low bush berries that carpet the mountain’s ridgeline.

Bejeweled berries and leaves sparkled in the morning sun.

We continued across the ridge, but in the slowest of motions for us. My guy lagged behind, which isn’t usually the case. 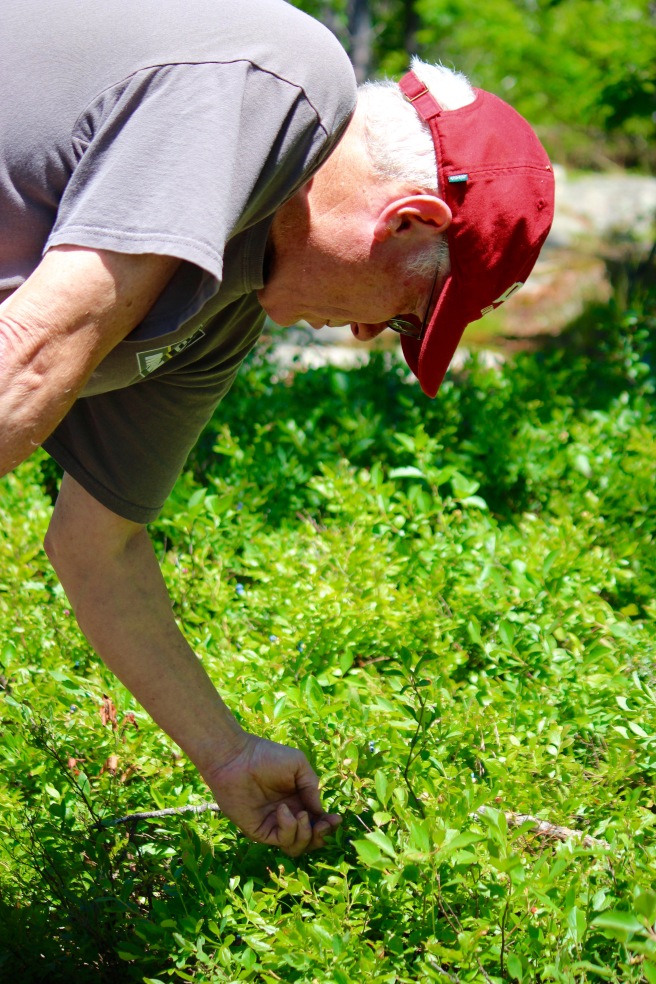 Unless, that is, he spies blue. Everywhere. 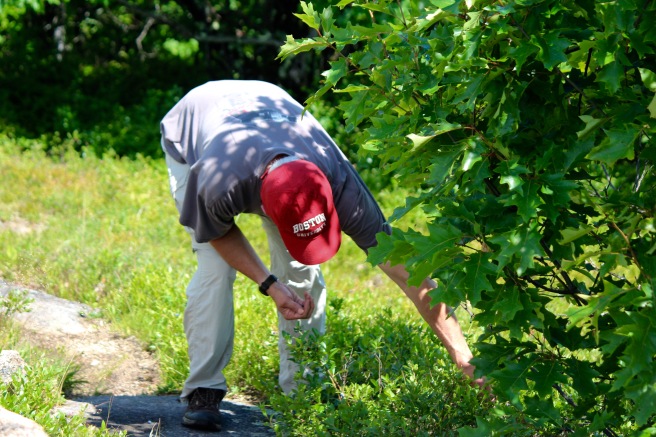 At first, we ate them on the spot.

But then he decided that his hat would serve as the perfect container.

And that’s when greed set in. 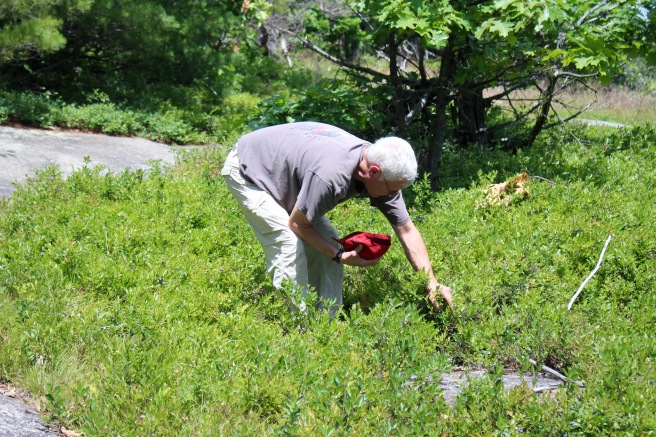 He couldn’t pick them fast enough.

Even as we sat to eat our sandwiches in an area where the only view was blueberry bushes, a few oaks and pines, he continued to pick until his hat was filled to the brim.

Somehow, he finally pulled himself away and we continued on to the summit.

I was eager to get to the summit and then move on because I hoped to find the wood lily in bloom.

And I wasn’t disappointed. 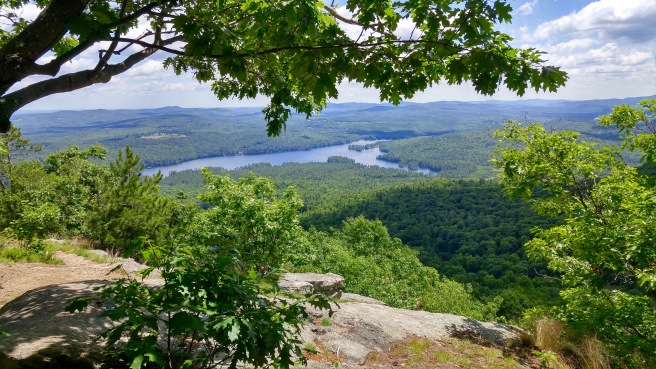 Our descent was much quicker as the berries aren’t quite so abundant along the Ledges Trail. Speaking of that, those who fear that I’ve given away a prime location, fear not. My readership is low and the berries plentiful.

Back at camp, we checked on some high bush berries, but they’re still green. The greed will have to hold off for a few more days. Thank goodness we could find our way home with the help of a cairn–in the water? 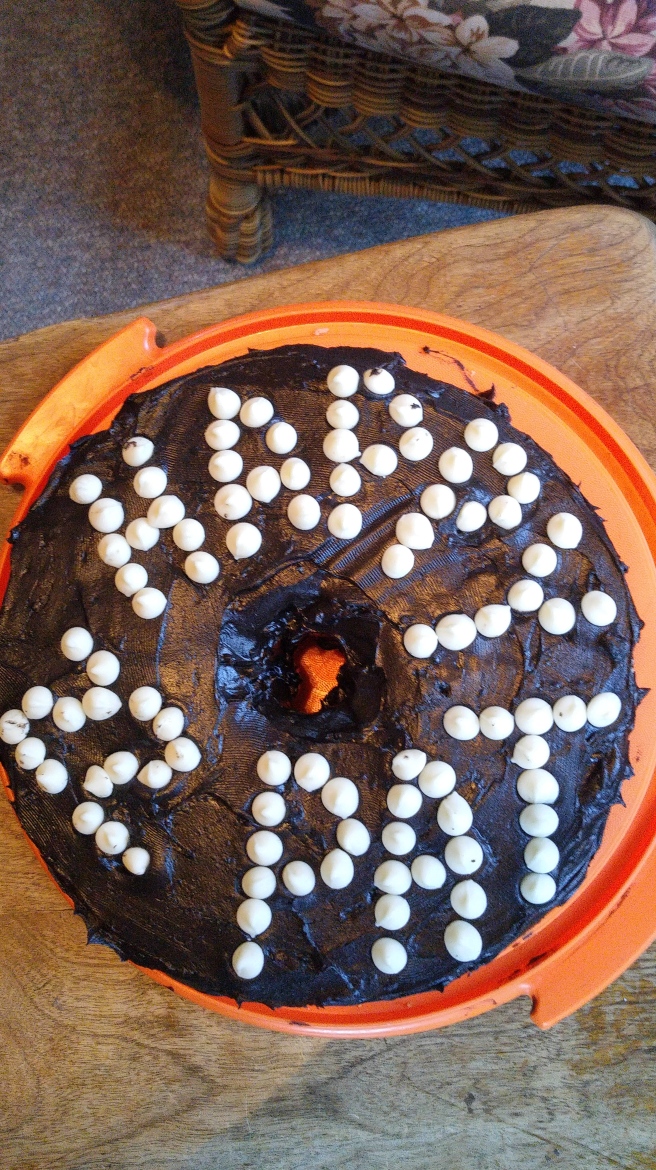 And then it was time to prepare dinner and help our youngest celebrate his birthday. He’d spent the day playing in Boston, much more fun that hanging out with the ‘rents.

A pleasant Mondate indeed. Filled to the brim were we–with each other, blueberries, cake and family time.

4 thoughts on “Filled to the Brim Mondate”