While I always head out with expectations of what my forest wanderings will offer, I’m happily surprised time and time again with the gifts received.

And so it was the other day when a friend and I happened upon this trophy in an area I’ve only visited a few times. We’d been noting the abundant amount of deer tracks and realized we were between their bedding and feeding areas and then voila–this sweet sight sitting atop the snow. It now adorns a bookcase in my office, a wonder-filled addition to my mini natural history museum. (I’m trying to give Henry, Jessie, Violet, and Benny of the Boxcar Children series a run for their money in creating such a museum.)

Being on the receiving end of such a gift can lead to want or greed. And when I spied several deer crossing the trail before I slipped into the woods today, I expected to find numerous more antlers.

Certainly, I thought I’d find at least one, but the possibility for several seemed realistic given the local population.

To that end, I followed fresh tracks and examined areas they’d pawed as they sought acorns and mosses. My eyes scanned the surface, but perhaps it was the fault of the fresh layer of snow that hid the possibilities. Then again, we’d only received a few inches of fresh white stuff and it was rather warm for a January afternoon, the snow’s surface dotted with drip drops.

I didn’t pay attention to my direction as I moved and then suddenly found myself nearing an old landmark, surprised as usual that it still existed. I did notice that the deer didn’t travel below this widow maker. Nor did I.

Eventually my wanderings found me following tracks left behind by a larger mammal. 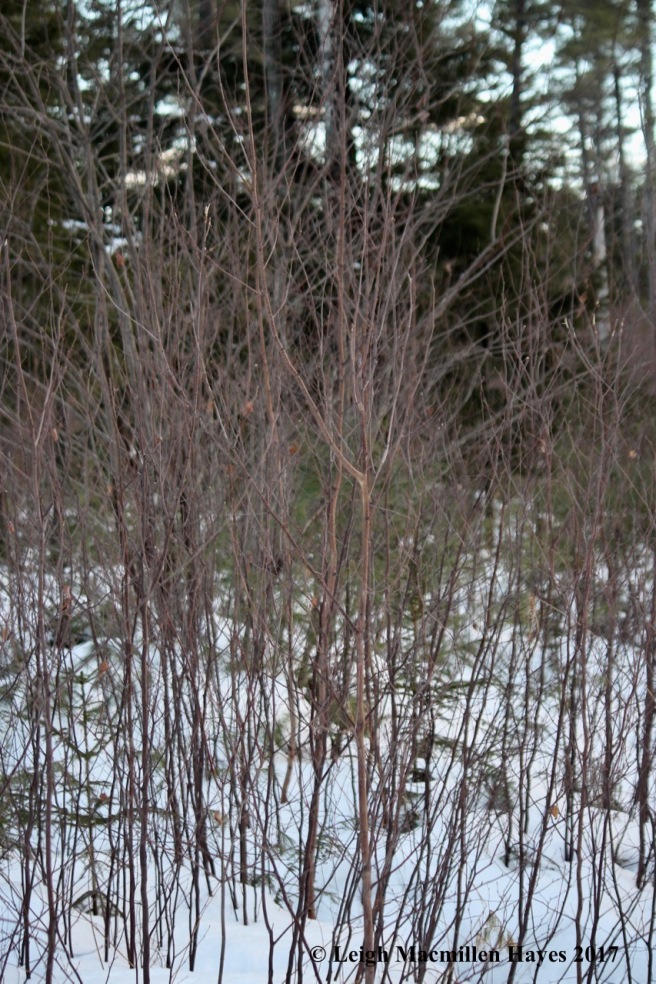 I worked my way through a thicket of gray birch, those early successors in an area logged about ten years ago, and then heard a sound–a crashing noise.

As I stood still and waited, I looked around. Everywhere, the young gray birch and red maple buds had been nipped. Everywhere. It was almost as if no tree had been left untouched. Sometimes I noted traces of hair. 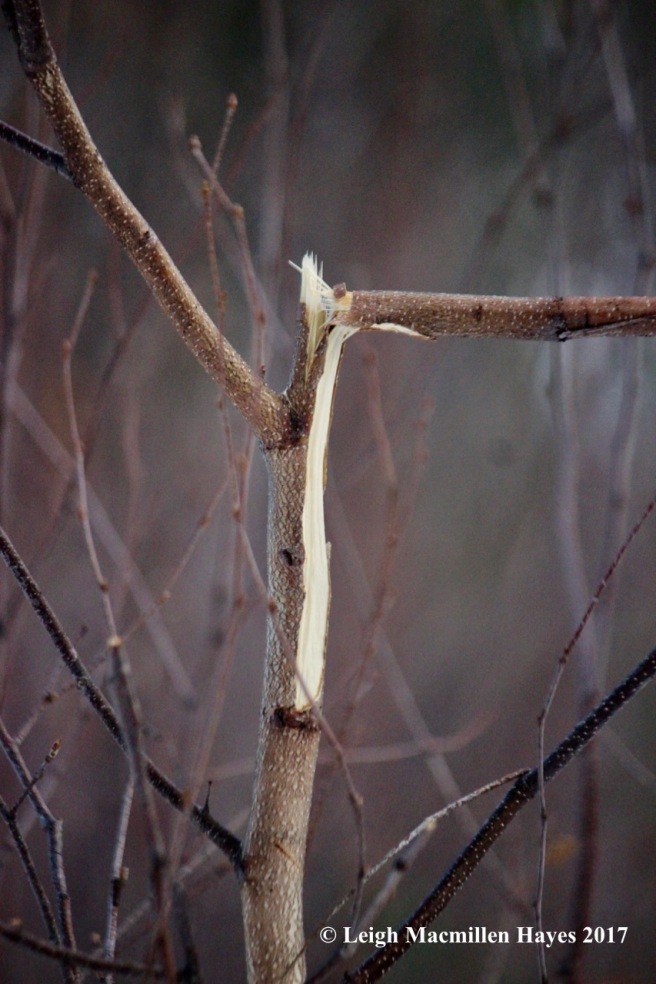 There was no further sound of crashing branches, but plenty of evidence of who had been crisscrossing through these woods on a regular basis. Signs indicated action and I had visions of antler velvet being rubbed off. 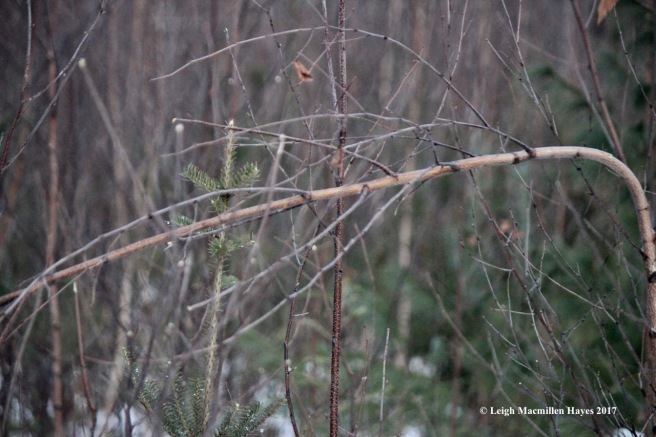 and other times completely broken, I saw moose behavior that meant antlers in my future.

On some trees, rubs were smooth in the middle and ragged on the ends, with points scratching the surface. At least that’s what I thought I was seeing.

Scrapes, those areas where the moose had used their lower incisors to pull bark and the cambium layer from the trees, were also visible everywhere I looked. 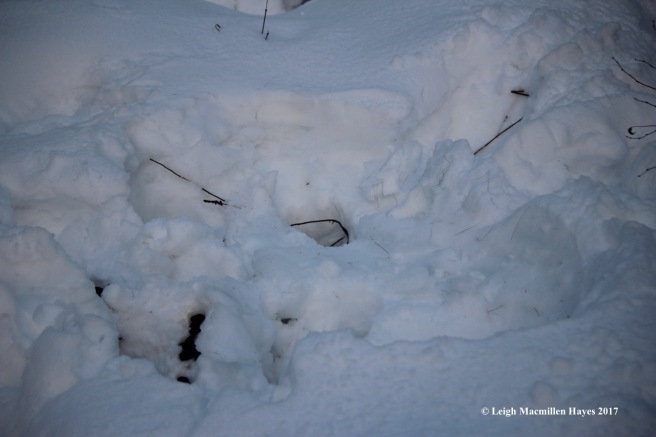 In a matter of minutes I found a bed and that’s when I realized that this was probably the moose I’d frightened off, given the freshness of the structure.

One of my favorite parts of the find–moose scat within a moose track. And all in the shape of a heart.

Indeed, no antlers. Indeed, other offerings. And a reminder to keep an open mind. And heart.

2 thoughts on “Keep an Open Mind”