After a delightful childhood in Connecticut, I began my journey north . . . in search of more snow. And a job, of course. Eventually I found my way to western Maine and love followed–for my guy and for the good fortune of snowy winters. Some are more icy and rainy, but this year–ahhhhhh, what a treat. 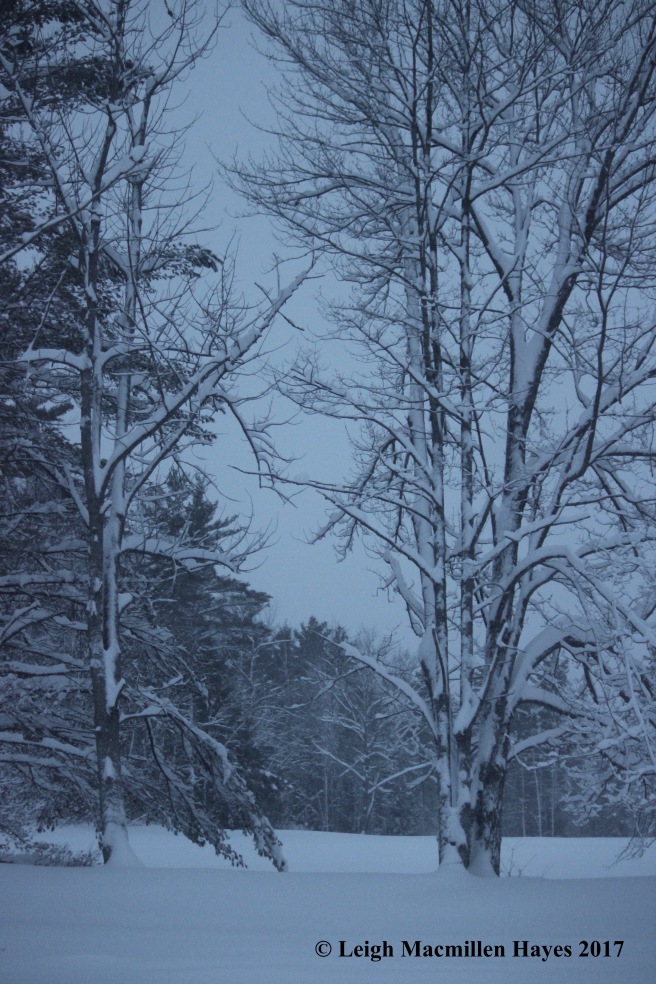 I know that not everyone agrees, but when life gives you flakes I hope you can find your way out the door. This was the view that beckoned me this morning, but the door was blocked by sixteen inches of the white stuff so I had to use the front door.

In the past ten days over five feet has piled up on top of the base we already had. My studio can attest to it all. 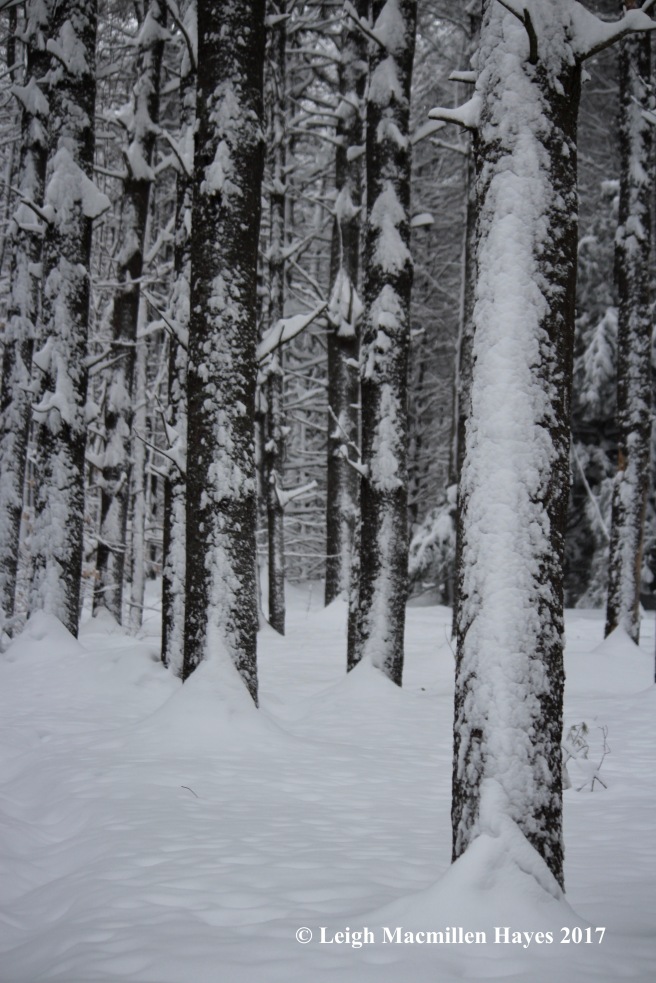 I wanted to capture the landscape and see what it offered before the sun and wind changed the world. There’s something about the pines plastered in white that makes my heart smile as I step into the woods.

One of my favorite pines is an old wolf tree along the cow path. It’s lovely on any day, but particularly when its arms are outlined.

And beside the path, several large hemlocks offered secret forts beneath their laden branches. 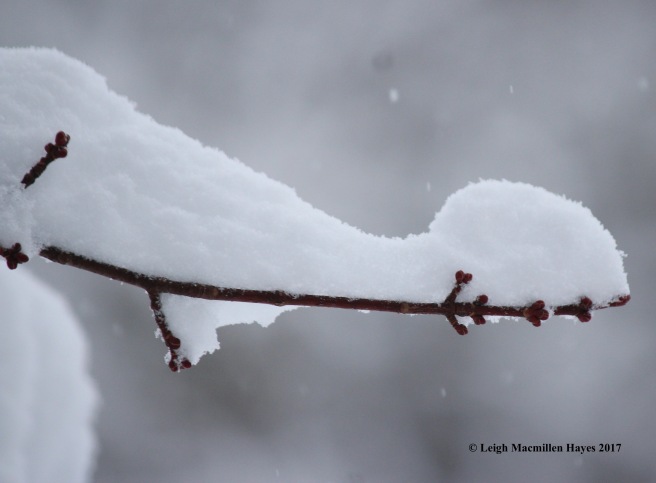 Further along, red maples, their buds growing rounder each day, provided enormous support as a few flakes continued to fall.

Below the maples, I crossed over mouse tracks, surprised to see that they’d ventured forth on a risky mission to find food.

And then I followed a deer run, marvelously straight, along the snowmobile trail. 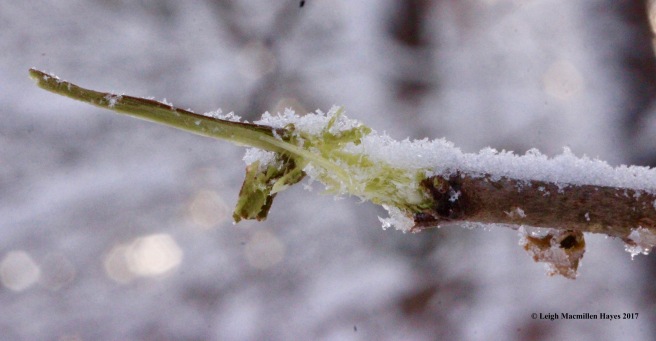 Where the deer paused to browse, I paused to notice. 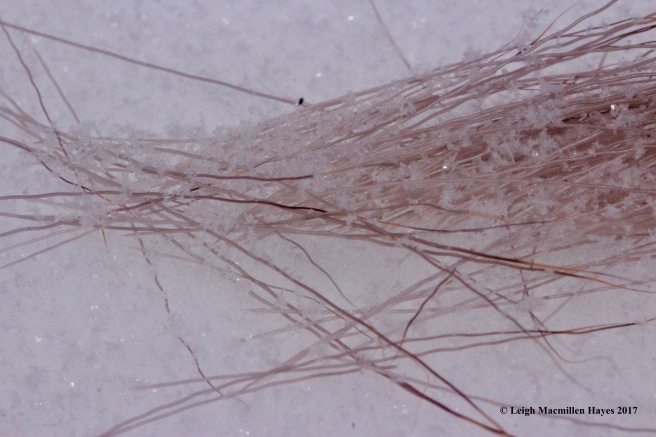 And once in a while I spotted deer hair.

Just above, one caught between two hemlock twigs.

There were other observations to make, like the snow wrapped around trees much the way we wear scarves . . . 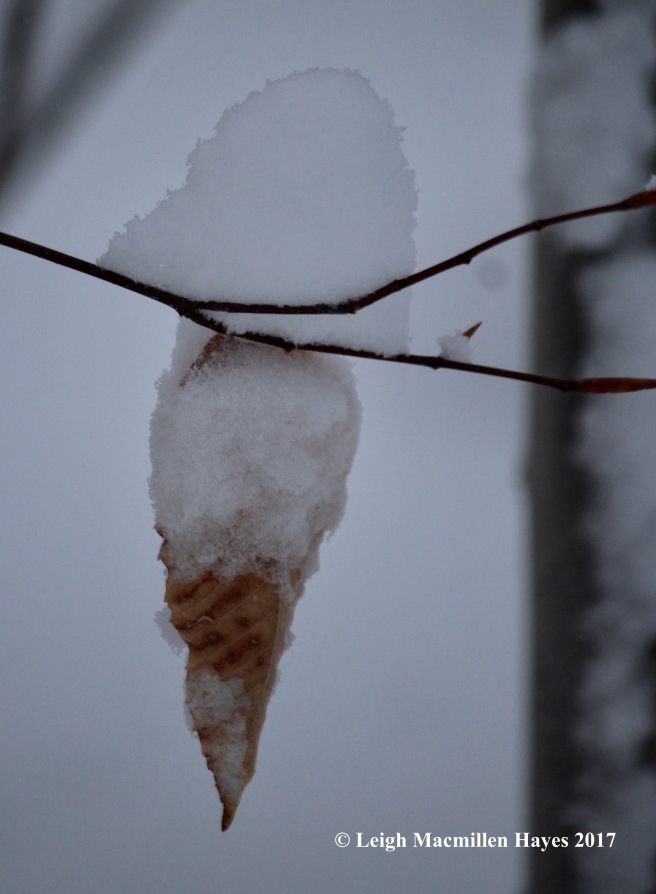 And I knew it wouldn’t be long until the plops and drips began . . .

releasing the snow one branch at a time. 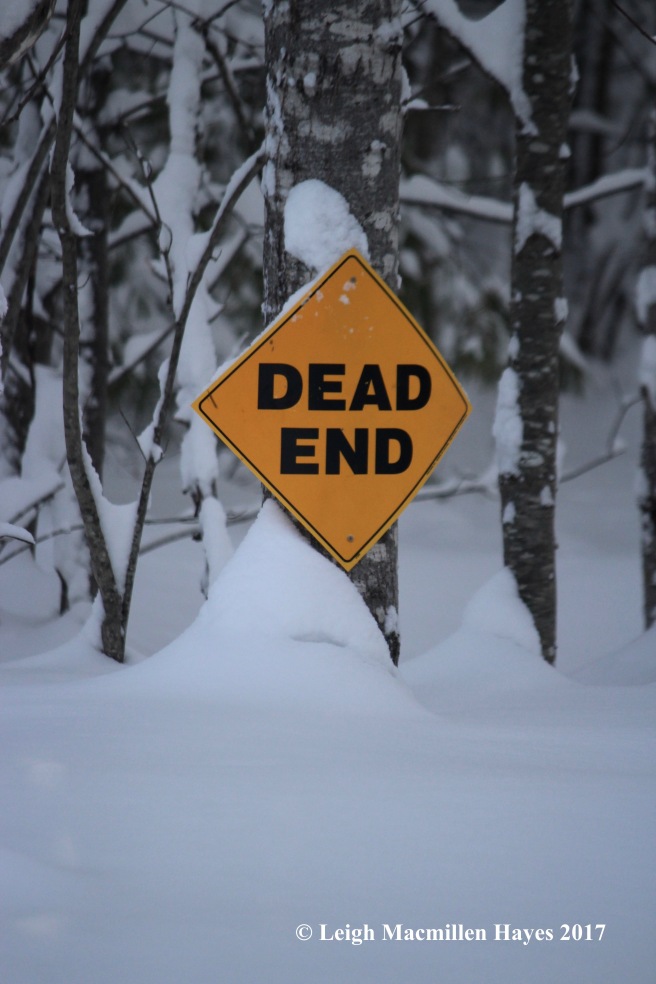 Rather than see it as a dead end, I long ago chose to embrace winter.

And so this morning, I stopped by the snowy archway, stepped out of my snowshoes . . . 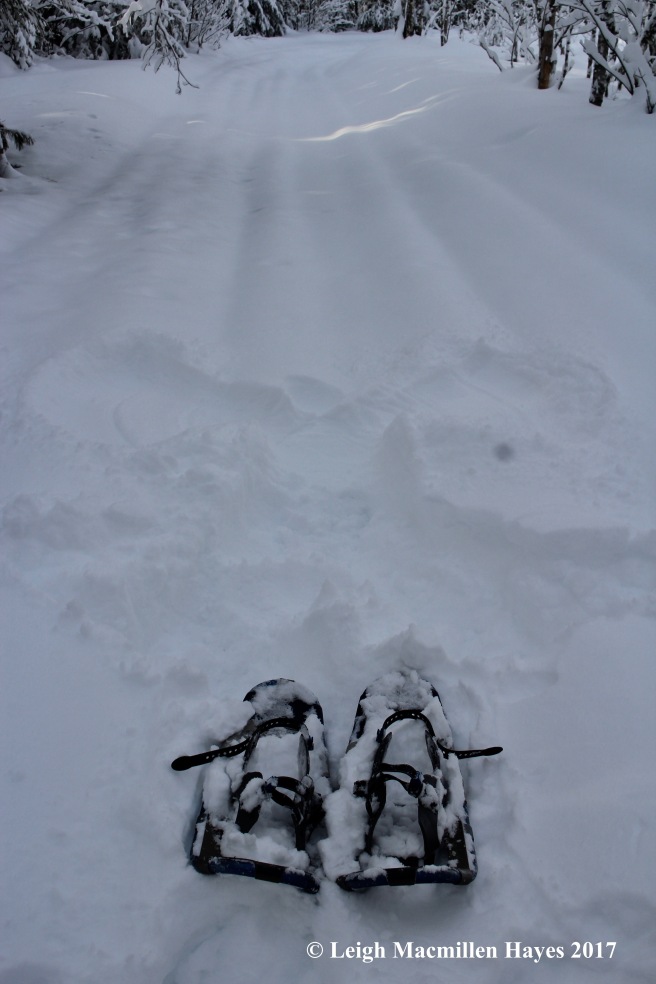 And made a snow angel in the middle of the trail.

(Back at home, it was time to shovel by the back door and scoop the driveway–our world is getting smaller and we’re all dealing with tunnel vision, but warmer temps are just around the corner.)

12 thoughts on “When Life Gives You Flakes”