It feels like it has rained every day for the past week, but the grass is certainly green.

And the vernal pool full. Between today’s downpours I visited it a couple of times, so excited by my findings.

The wood frog eggs had turned green with a symbiotic algae and I could see the tadpoles developing inside.

The green coloring made the their eggs contrast with the salamander masses. I was thrilled to see movement among the green and realized that . . . drum roll please . . .

my babies were slowing hatching. Of course, they are mine–even though the frog pond is located on a neighboring property. I’ve been an expectant mother for several weeks, and now . . . I’m nervous about the future, as any parent would be.

Will my babies survive? Will they have an opportunity to transform into their terrestrial forms?

Or will the pond dry up too soon as it has the last few years? I guess I’ll be forced to continue to stop by. Oh darn! One thing I have noted since the ice melted: I’ve yet to see a predacious diving beetle and there are hardly any mosquito larvae flipping about. That’s good for the tadpoles on one end of the spectrum and not so good on the other. To be food and to eat food.

I also wondered, will the  white and opaque masses of the spotted salamander eggs turn green like they are supposed to–also dependent on a symbiotic algae?

After checking on my wee ones, I walked the pond’s perimeter and noticed activity at a spot I’ve been keeping an eye on in the southwest corner. Well, not current activity, but recent. For the first time this year, a hole has been excavated.

It’s the same hole that was excavated last year. Darker debris was piled in front.

At about three or so inches across, I wondered who owned it. Too small for foxes, and certainly too wet. Too big for chipmunks and a dirty dooryard. Could it be a mink? Do they leave a messy dooryard? I found the same hole excavated last year, but never any other evidence of the maker. I’ll continue to check for any other signs.

My eyes reverted back to the pool, where raindrops and reflections created an artistic display.

And then I pulled myself away, frozen were my fingers. The greenness of the world continued to show its face everywhere I turned from the maple-dust lichen to . . . 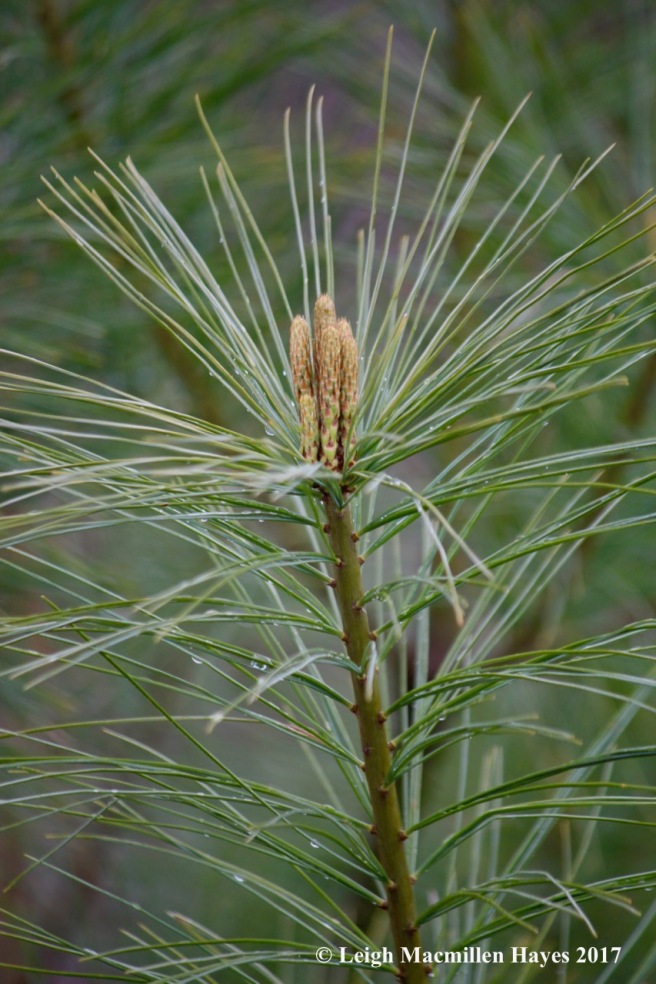 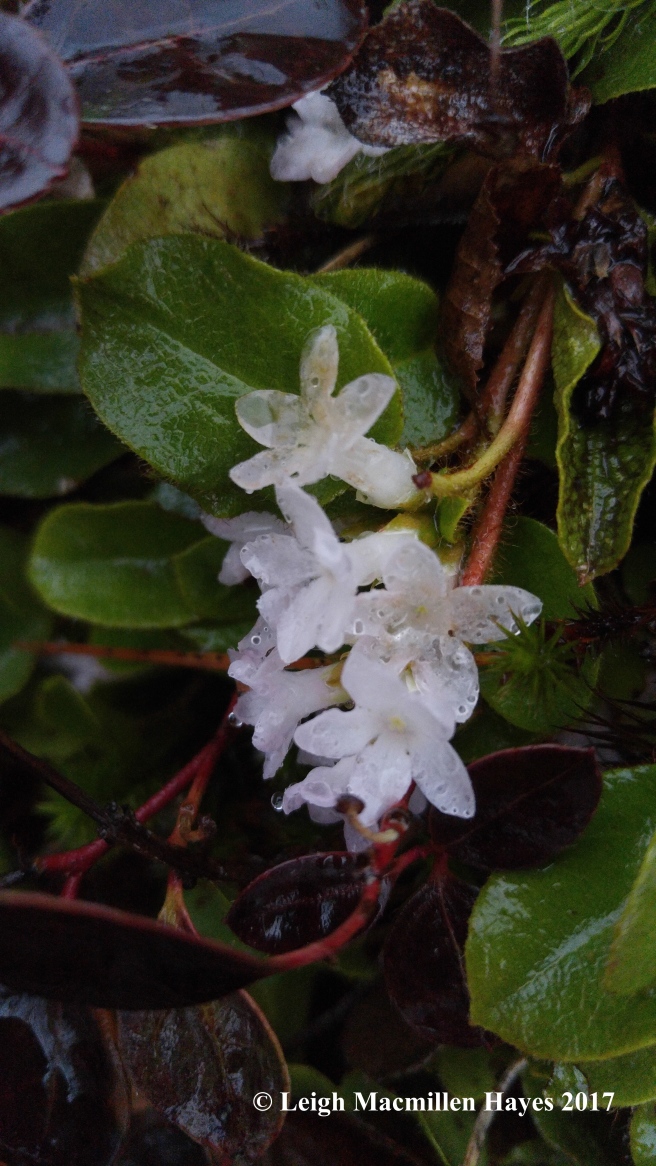 What do April showers bring? Mayflowers (trailing arbutus), of course, 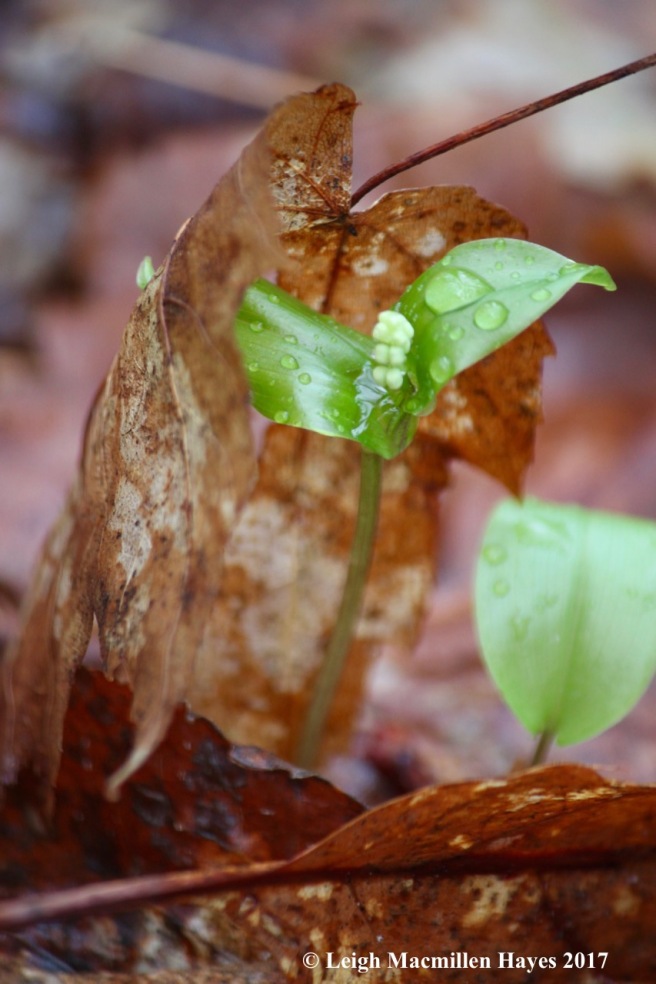 and garden May flowers.