When I began writing this blog in 2015, my intention was to focus on the wonder of the natural world in western Maine. But sometimes, it’s other wonders and points further west (or even east) that grab my attention. 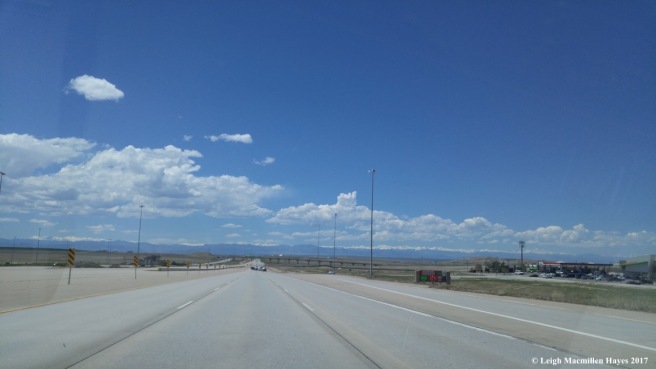 And so it was that midweek last week we headed west of our west and landed in Denver, Colorado, for an extra long weekend. All that being said, this photo with the Rockies in the background made it look like it was sunny when we landed. Not so. It even rains in Colorado, though nothing like we’ve experienced in New England this month, and we landed in the mist on Wednesday night. But we made several trips to the airport and Big Sky country enveloped us.

Not only that, but there were prairie dogs everywhere along Peña Drive. OK, so they aren’t in my backyard, thankfully, but they were incredibly cute. We deal with mole mounds, but prairie dog mounds seem to be even more pronounced. Still . . . I smiled with each sighting.

Our home base for the next four nights was a garden suite in the Arvada home of Donevon and Beth–an Airbnb rental. It was clean, comfortable and located between our two destinations: Boulder and Denver. We highly recommend this two-bedroom space should you be in the area. Don’t forget to say we recommended it–and be sure to pet Maggie. 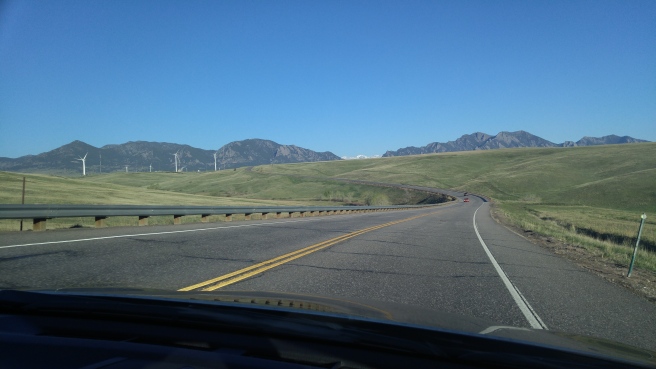 A road traveled often was the one that led us to Boulder and we soon became familiar with the wind farm to the left, which evoked memories of the first wind farm we ever encountered on Prince Edward Island in Canada when our sons were but youngsters. And this past weekend, it was the younger of the two for whom we made the journey. 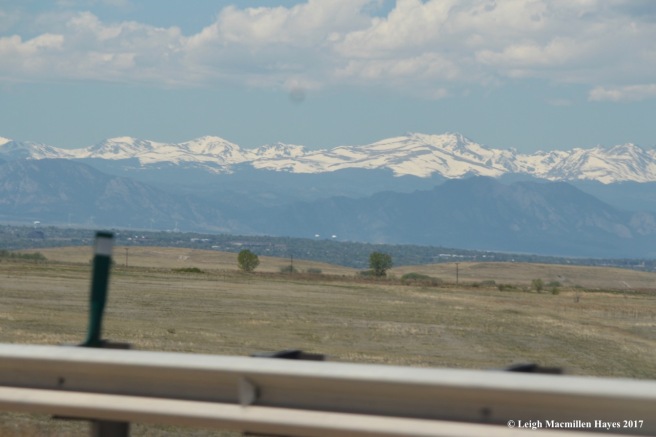 His home these past years has been at the base of the mountains, where he’s earned an education on many levels.

With him, we walked along Pearl Street, mindful always of the artistic endeavors (and similarities to Church Street in Burlington, Vermont). 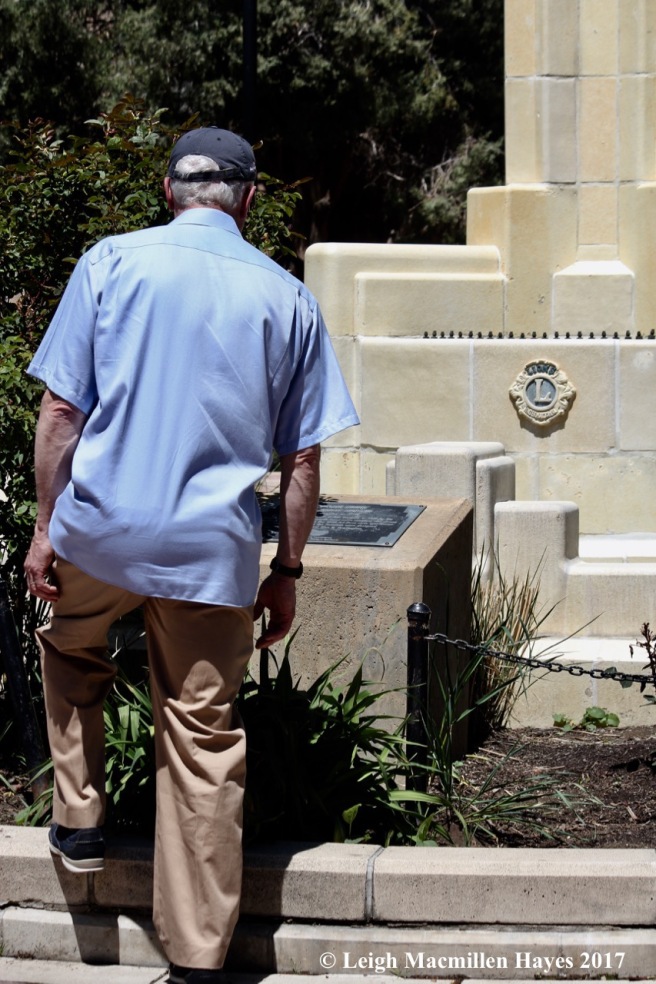 And among it all, one Lion appreciated the work of others who’d built a fountain.

Then we headed further northwest, toward Estes Park, enjoying the mountain and sky views along the route. 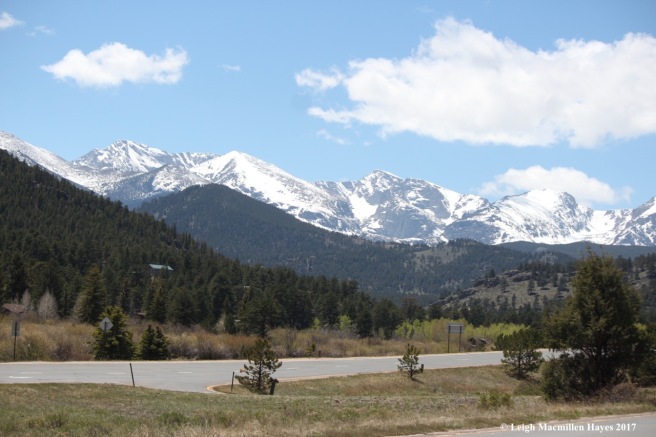 Like Maine, spring was just arriving, adding a contrast from brown and green below to white summits.

elk stopping traffic. (Didn’t they know they were supposed to turn to their other right?)

We oohed and awed, but had a plane to meet and so we didn’t stay long.

Over the course of our journey we explored Denver as well, where we walked the 16th Street Mall a couple of times.  We lunched and we dined–our companions ever changing, which added to the highlights.

In historic terms, 16th is such a blend, though leans more toward the modern than so many back East. 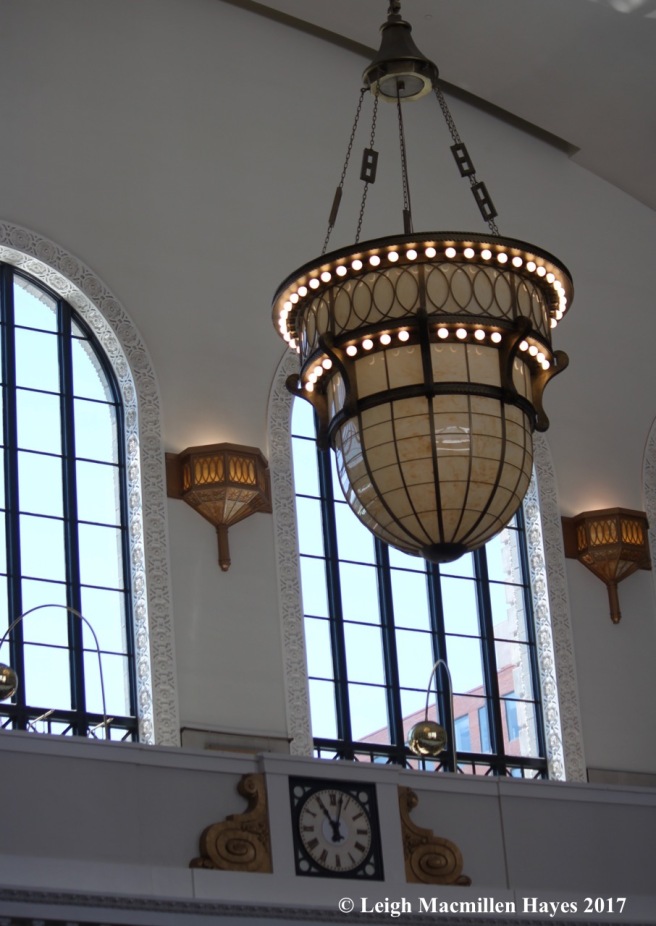 and lit the way toward the future. 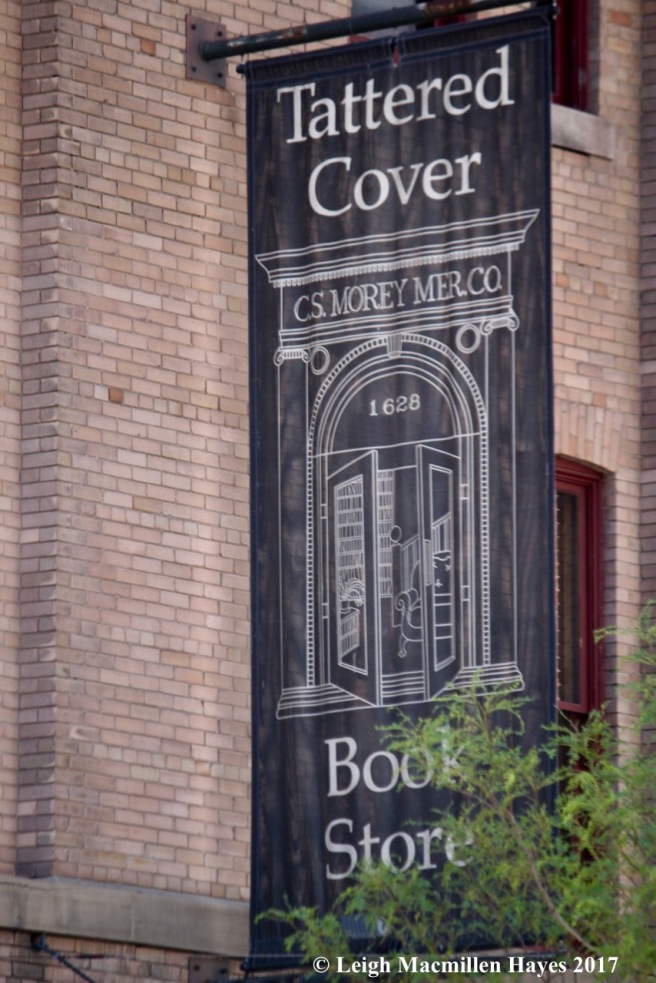 No visit is ever complete without a stop at our favorite bookstore–Tattered Cover. 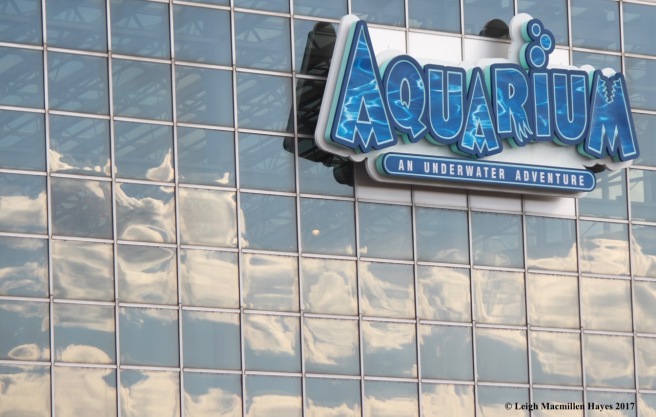 We also made time to learn about the exotic. Or so they seemed to our New England brains. 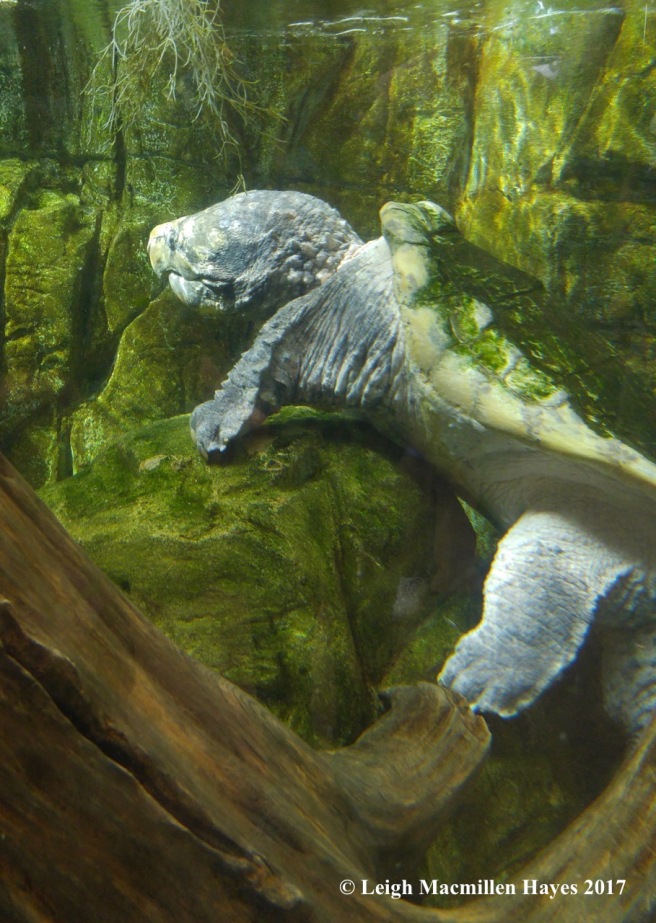 We viewed an alligator-snapping turtle–a first for us. According to a sign, adult males are known to move very little and in fact, may stay in the same location for up to ten years. There’s a lesson in that, I suppose–about perseverance, which our youngest can certainly attest to.

We noted the range of scales, 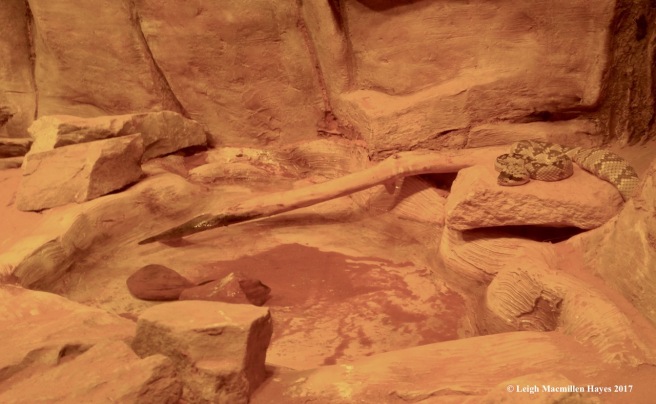 differing in patterns and . . . 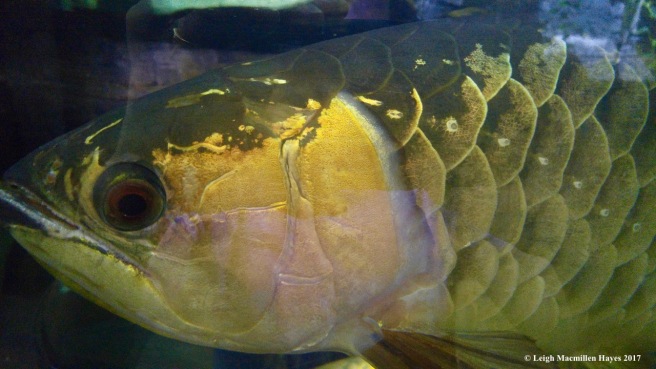 size. Those pointed to another lesson about diversity among people and their outer skins that shield inner experiences. 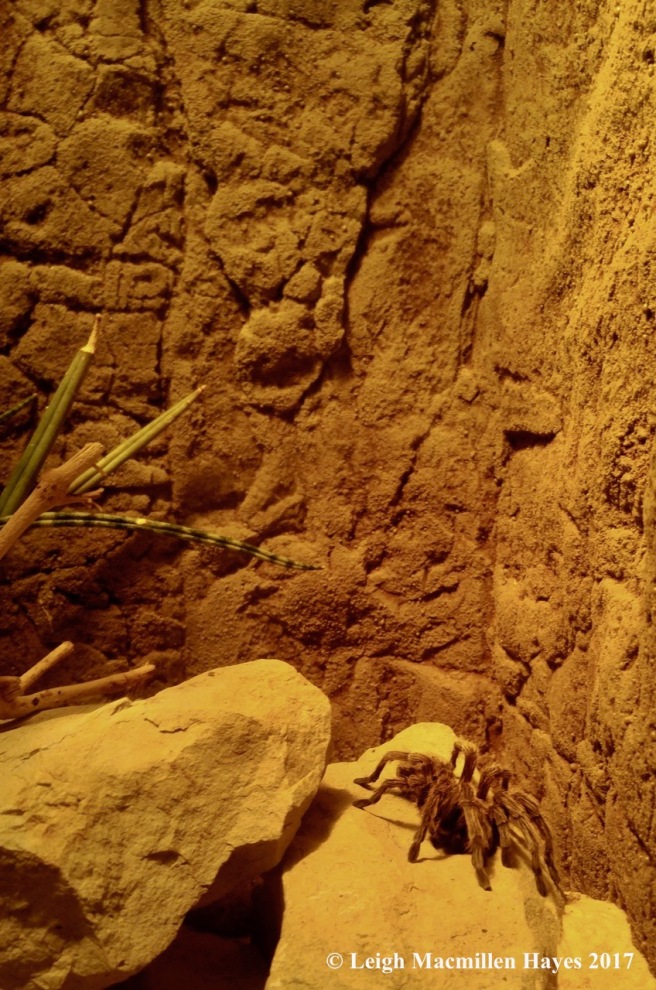 While some displays denoted hairy situations,

others demonstrated the creativity that can overcome. 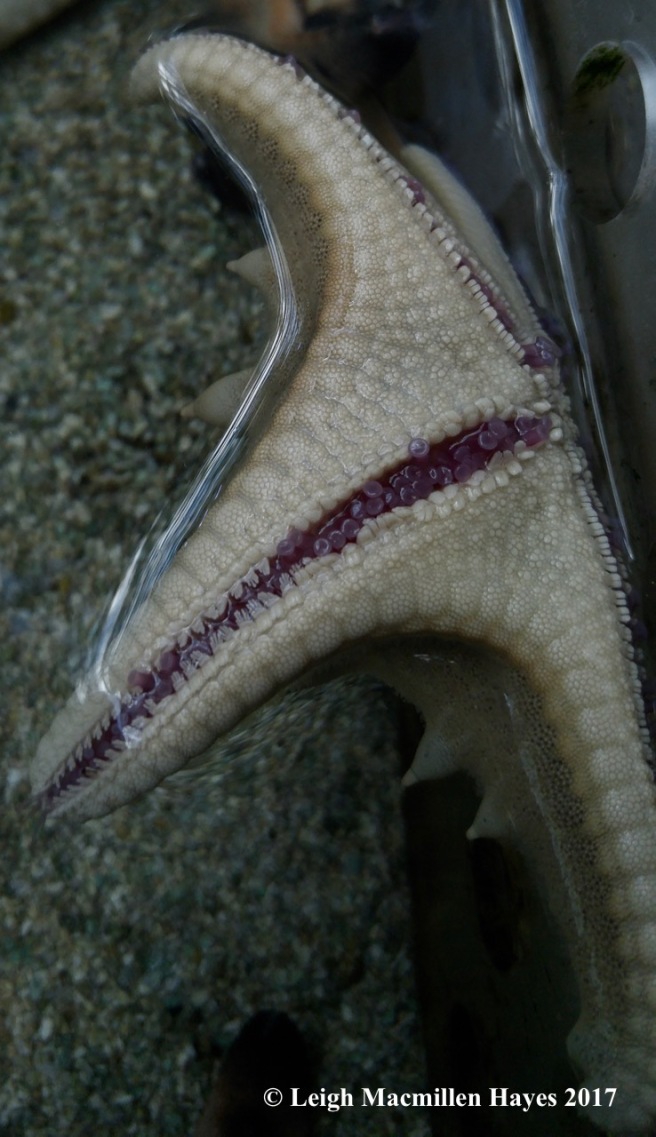 There were times when the world looked best from an upside-down position, 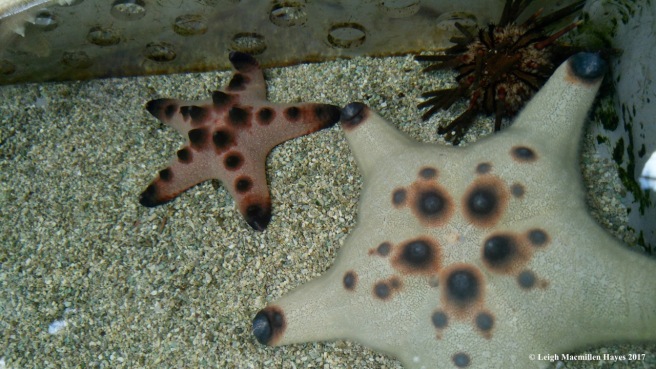 but in the end, stardom ruled.

So did rays of another sort, who flapped their “wings” in forward motion.

And then there was the whisperer . . . 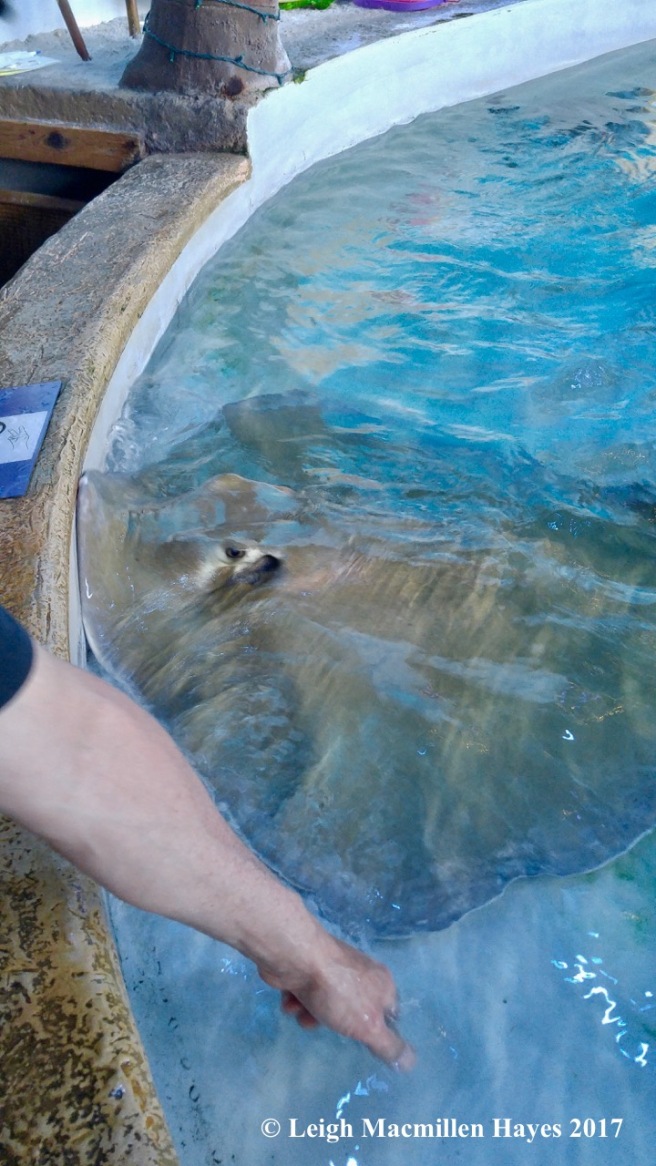 rewarded with a gentle stroke. 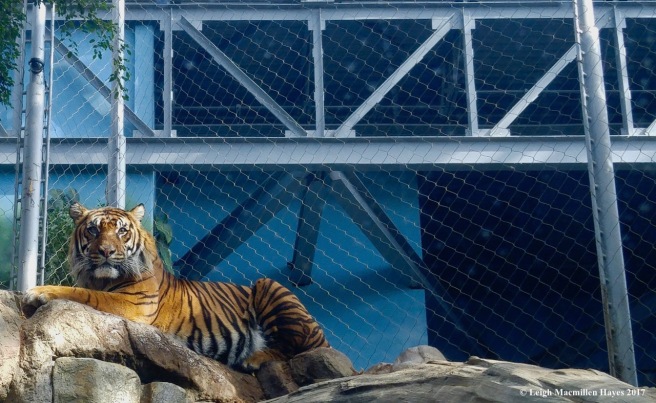 In the end, we had our favorites. The sting rays and the king of them all–a least expected resident in the aquarium, a Sumatran Tiger. 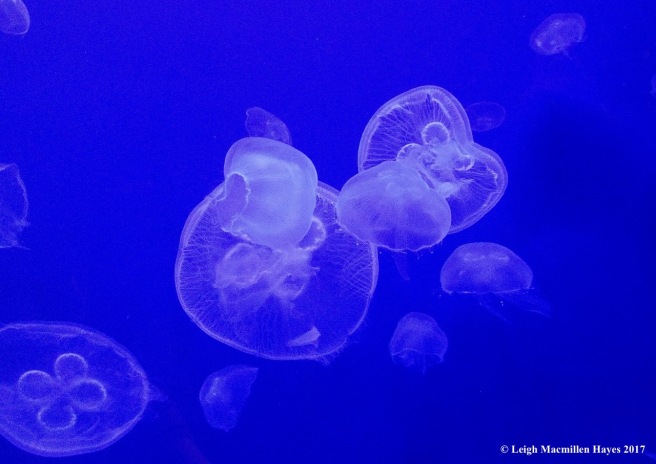 And jellyfish! Bioluminescent sea nettles–the fireflies of the aquatic world. (Memories swam through my mind of glowing night swims in my own youth.)

But our main reason for heading west was to watch Folsom Stadium fill up.

The stage was set and bag pipes tuned.

Ever so slowly, soon-to-be graduates marched in. 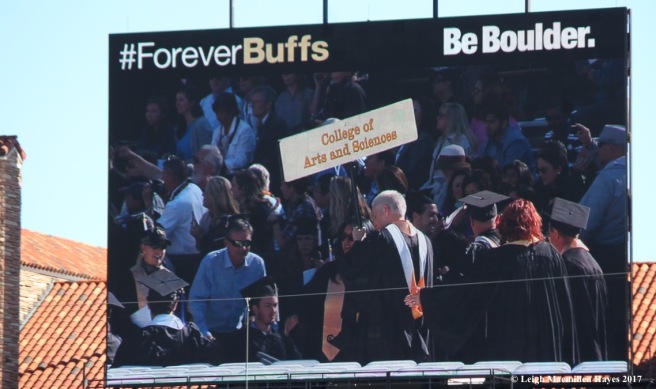 We were most interested in the College of Arts and Sciences.

When I sent a text message asking, “Where are you?” I received this response: “I’m sitting down and wearing black.” Ah, that boy! Or young man, I should say.

But, he could not escape his mother’s eye and she found him in the sea of Waldos. Or rather, Buffs. (Have fun looking.)

A couple of hours and sunshine later, degrees were conferred and tassels moved over.

But then, a second ceremony for each school, and this for film studies, where his cousin from Denver (and also a CU grad) joined us and offered congratulations. 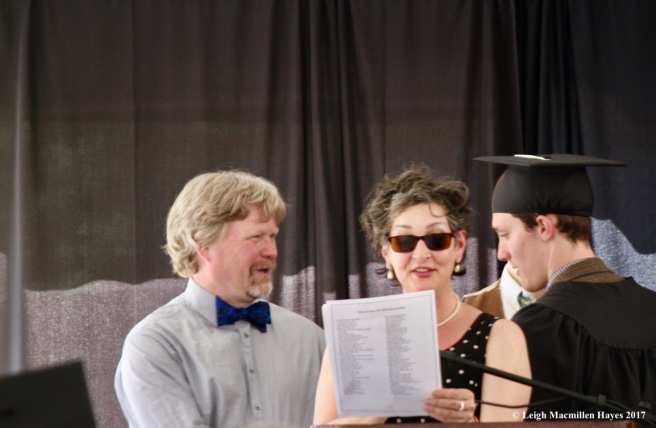 After speeches and honors, at last the diplomas were awarded.

And in the wink of an eye, he was done. Fini. 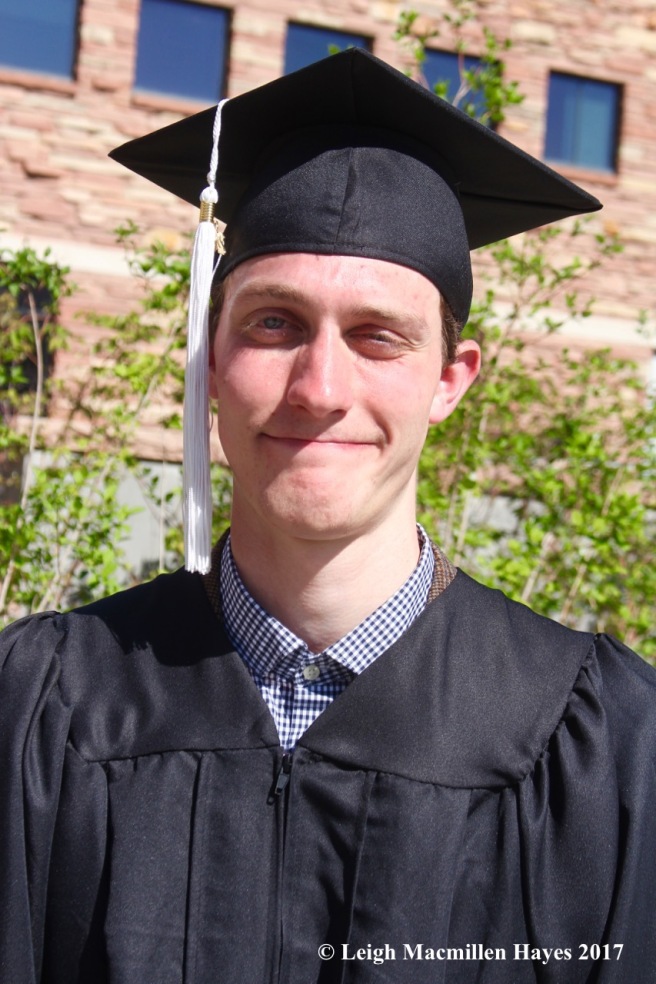 Our grad tolerated his mom–as the sun shone brilliantly.

We all gave thanks for Pat’s achievements, from Hannah and Shep, to cousin Christian, our grad Pat, and my guy. 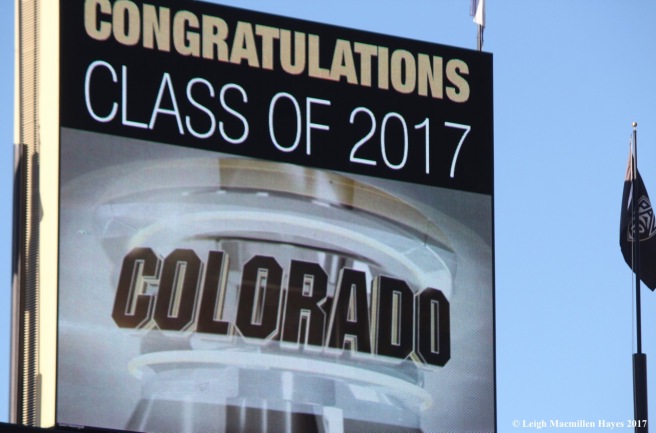 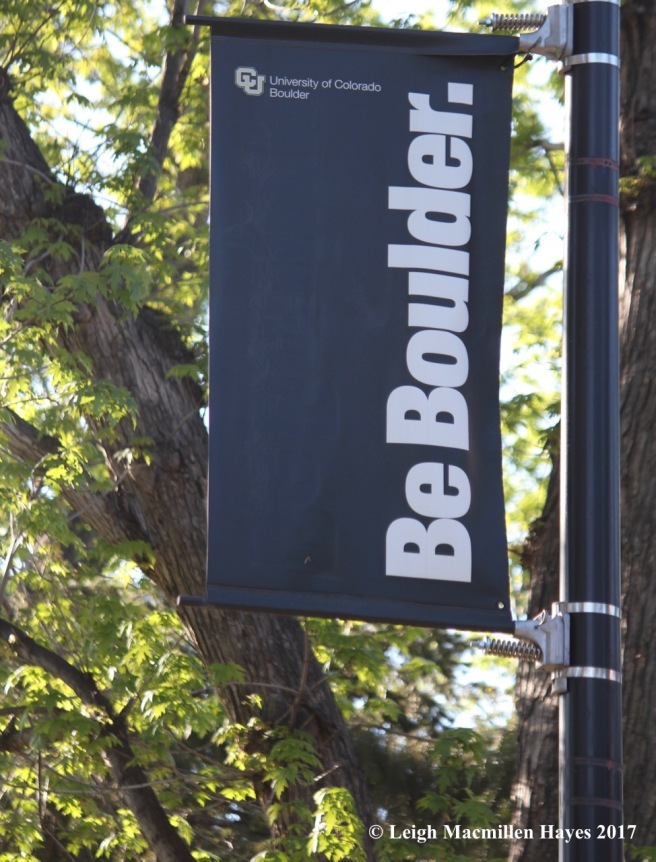 He did it. And our smiles beamed for our wonder-ful son. Forever a Buff. Congratulations to Pat on your CU Boulder degree. Best. Mother’s. Day. Gift. Ever.

4 thoughts on “A Boulder Degree”