I took it as a sign when I first heard and then spotted a bald eagle on a white pine towering over Moose Pond. It seemed apropos that it should serve as a token of good luck, or at least a push out the door to spend some time wandering and wondering. And so I made the instant decision to drive to Holt Pond, where tomorrow I’ll join Ursula Duve and Kathy McGreavy as we lead a guided walk.

Our focus will be on orchids, such as the grass pink, which seems such a common name for this blooming beauty.

The magenta flowers or Calopogons I spotted today are a wee bit off the boardwalk in the quaking bog, but even still I could see their showy formation with knobbed hairs on the upper lip. It is thought that the yellow crest on that lip imitates pollen, to attract pollen-seeking bees. But the real deal for orchids is that a collected mass of pollen grains are gathered together in a pollinium or anther lobe and thus deposited onto the bee’s abdomen.

Rose pogonias were also blooming abundantly. In a way, their formation is opposite that of the grass-pink, with the fringed lower lip providing an attraction for pollinators.

Also on display as the water receded a wee bit despite a beaver dam on Muddy River–my favorite carnivorous pitcher plants with their urn-like leaves that serve as pit traps appeared quite robust.

Carnivorous plants are orchid companions as they both prefer the bog habitat, like to fool their pollinators and are otherworldly beautiful. There is one aspect in which they differ–the orchids like to attract insects for pollination and the pitcher plants for nutrients. But first, the pitchers may use the insect as pollinators, thus fooling them into a visitation. Pollinators beware! 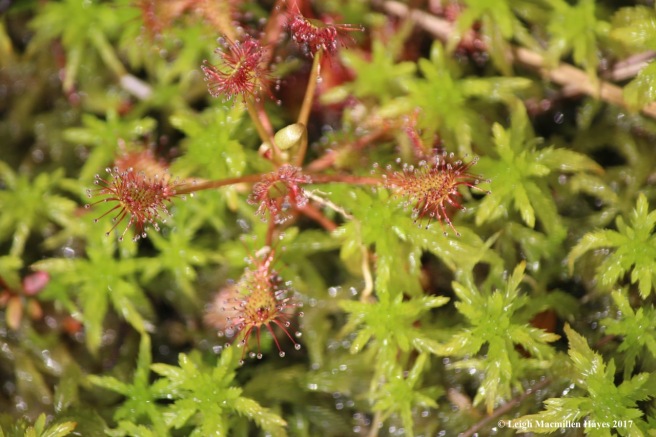 Equally seductive are the spatula-leaved sundews visible at the end of the quaking bog boardwalk. Until now, they’d been under water and difficult to see. The scent of sugary liquid on the leaf tips attracts unsuspecting insects who get stuck to the tentacles, which then curl inward and thus digest the nutrients from their prey. Again–beware.

Orchids and their bog companions weren’t the only thing on view today. 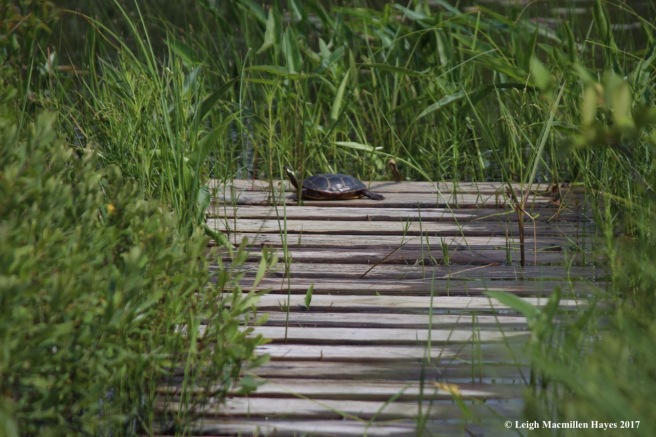 When I stepped onto the short boardwalk to the Muddy River intent on hunting for dragonflies, I discovered a painted turtle sunning at the edge.

And then I found what I’d hoped–blue dashers dashed about, although occasionally one stopped so I could take a better look. 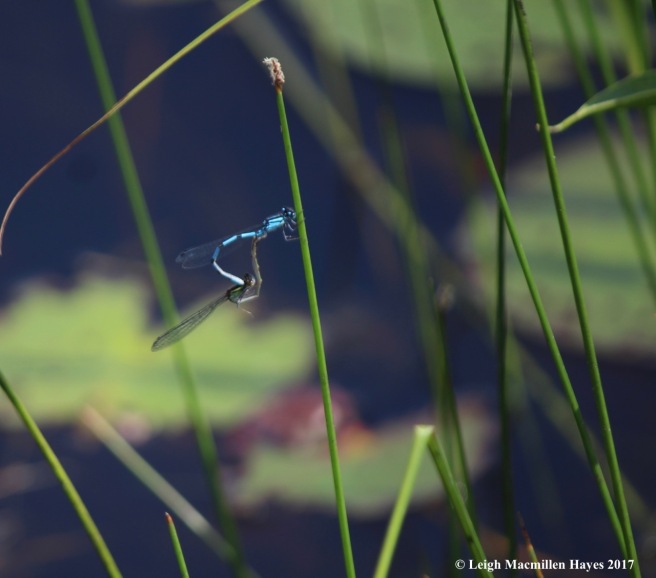 And familiar bluets canoodled on a stem. 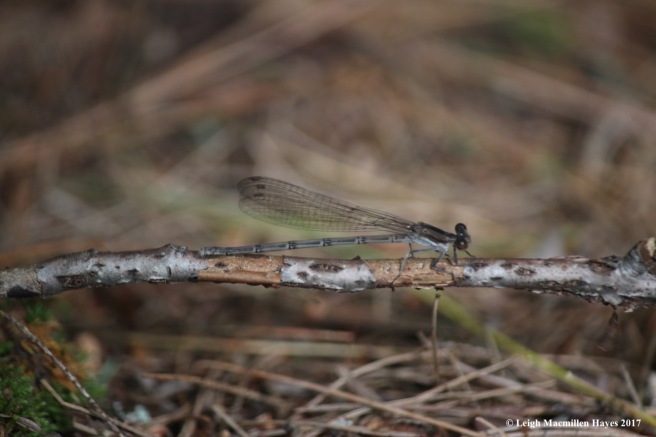 I discovered a female variable dancer damselfly on a small twig, 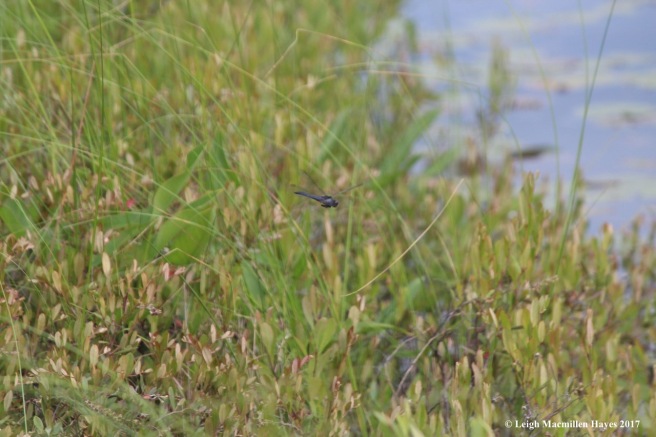 Finally, one stopped long enough for me to soak in its gray-blue color. 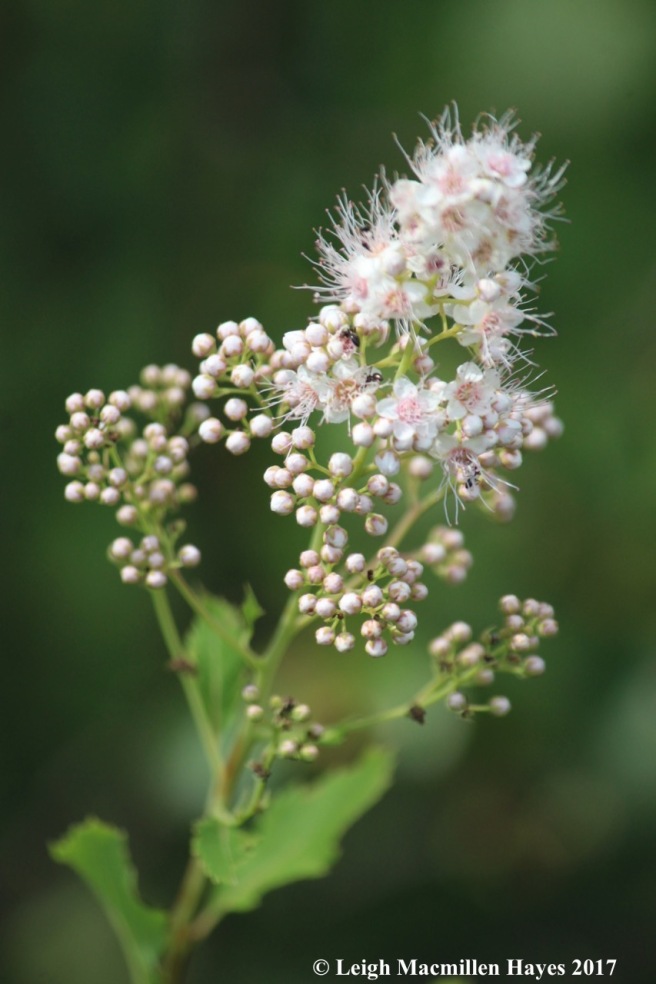 There were other flowers to enjoy as well, including the spirea, 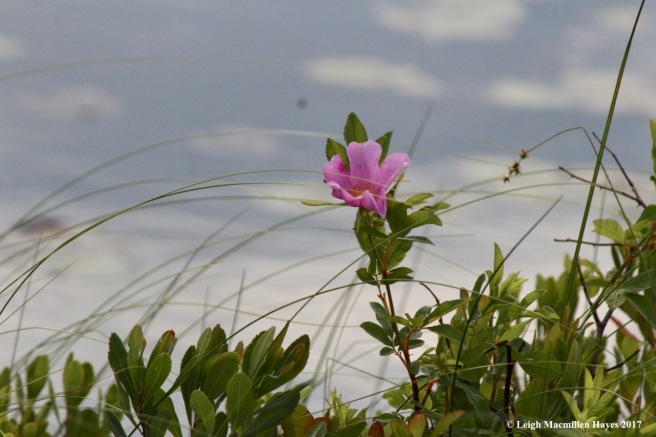 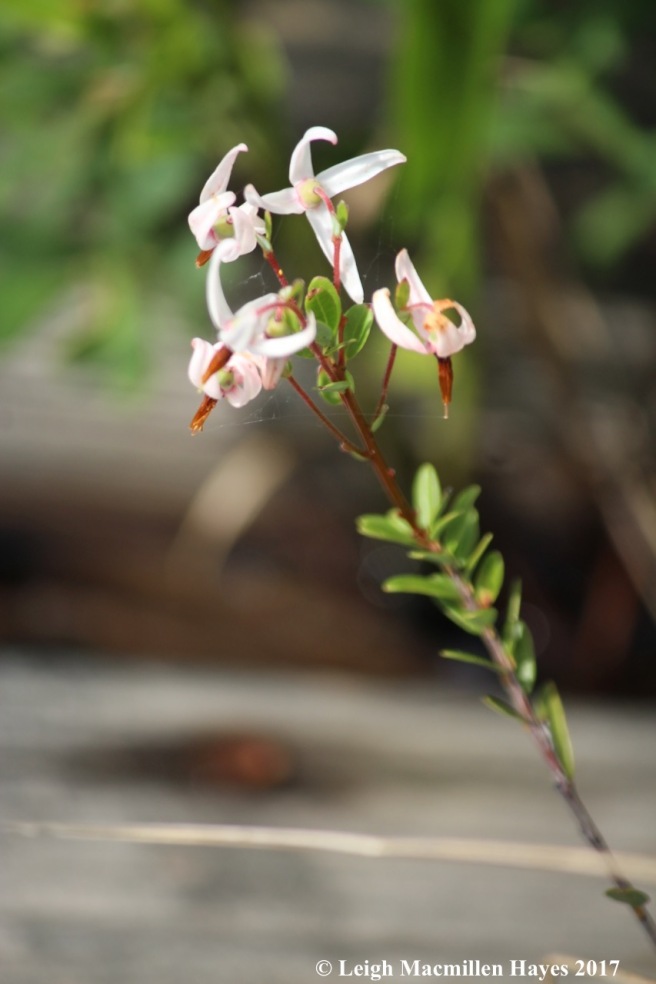 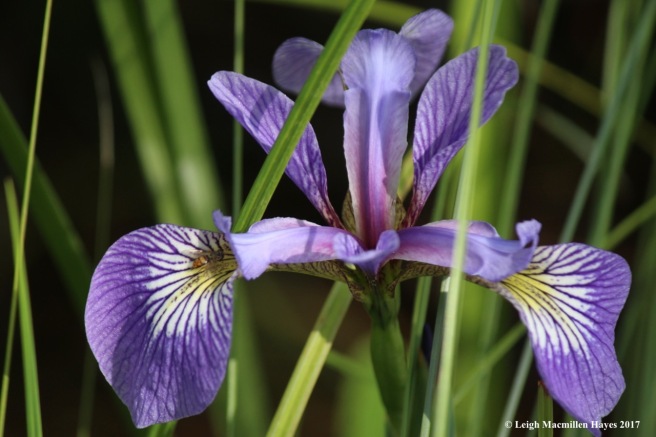 and blue flag iris. If you look carefully, you may see a hoverfly following the runway on the left lobe.

and a few hobblebush leaves already taking on the fall shade of purple. Uh oh. 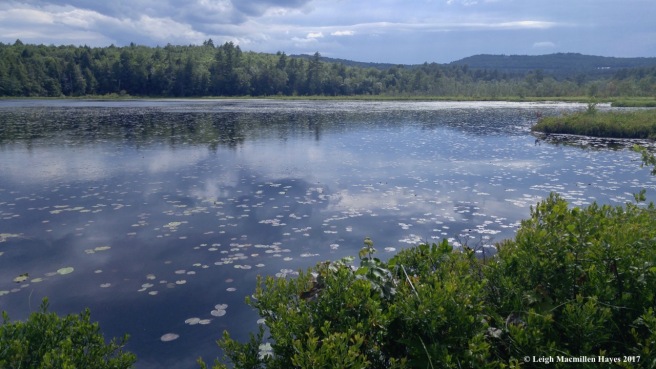 never cease to amaze me. 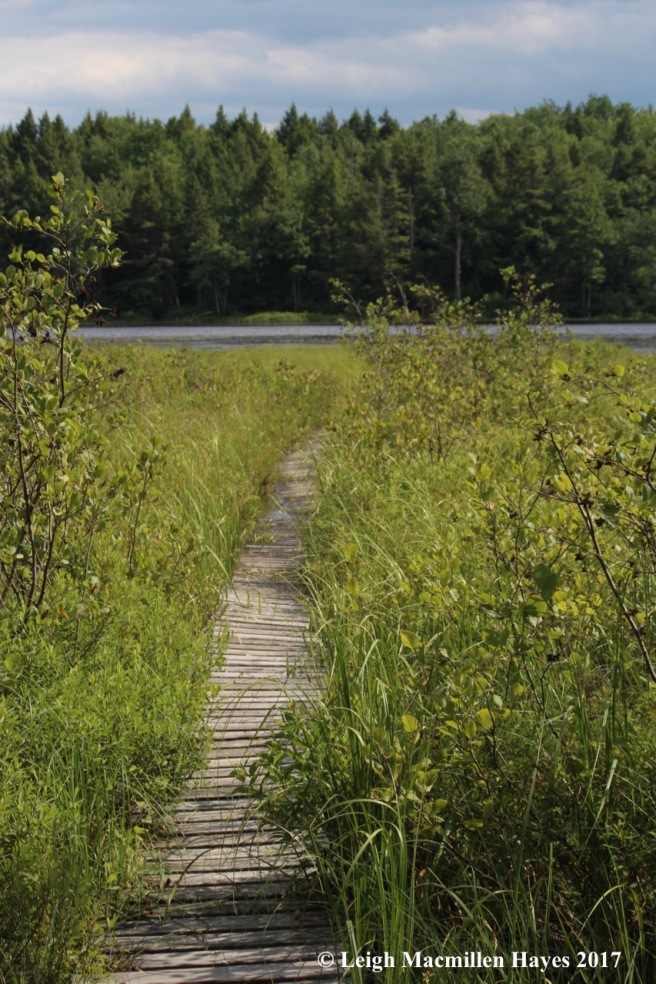 I hope that you can venture there yourself and discover your own Orchid-Maine-ia. Who knows what else you might notice along the way.