My heart was broken when I headed out the door this afternoon. I’d just learned that the husband of my spritely little German friend, Ursula, had died. And though they hadn’t been able to tramp through the woods together these past few years, theirs was a relationship sustained by a love for the natural world and many, many journeys into places I’ll never know. In these evening years of their lives, she’d told me that even though they could no longer follow the path together, they still remembered and reminisced often about their adventures and discoveries. And I trust that it is those memories that will enwrap her now. 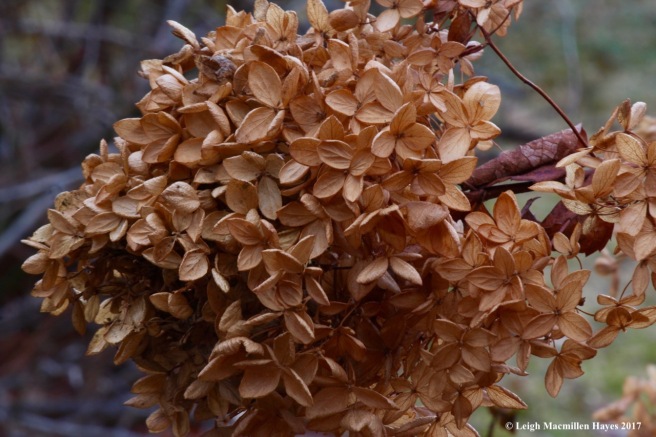 As the hydrangea in the garden I passed proclaimed, there is beauty . . . even in death. My hope is that Ursula will find that beauty as time evolves.

I knew that I wanted to lift her and their shared life up as I walked along, but I wasn’t really sure where I was going or what I was looking for. And then, as the cowpath opened to the power line, I saw a couple approaching. A few more steps and we waved to each other. And with the wave came recognition–my friends Linda and Dick, who are two of the few people who explore these woods the way I do, approached. We shared   questions and observations, and decided to travel a short distance together.

The trail we followed emerged into an open area where what was once a floral display that Ursula would have relished was equally delightful in its winter fashion. Linda and I struggled to recall the name of the yellow-rocket, but knew that it was a member of the legume family by its pod structure.

Thistles and evening primroses added more texture to the picture, yet again proving that in death there is life. 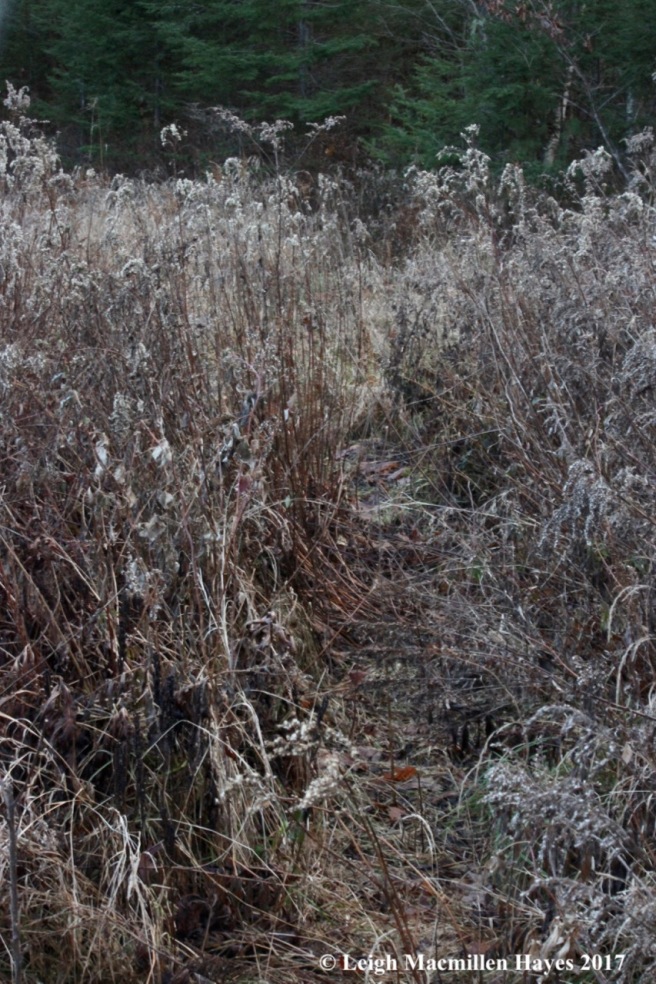 We reached a stonewall where I thought my companions might turn toward home, but was thrilled that they wanted to continue on, despite the fact that the trail conditions were ever changing. And I think that’s one of the lessons I’ve learned from Ursula as she’d tell me about things she and Wolfgang used to do and what their more recent limitations were, yet despite the latter they still had stimulating conversations as they remembered the fun of past expeditions. 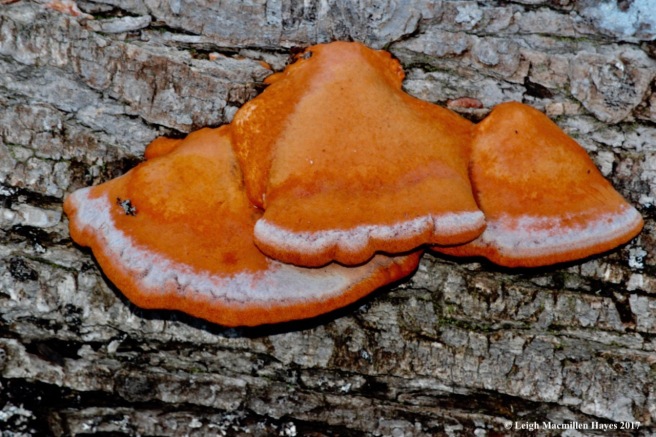 So it was that today the three of us found many moments of joy, including the sight of cinnabar polypores that reminded us of creamsicle ice cream, fresh moose scat and tracks, and lots of flowers to check on come spring. 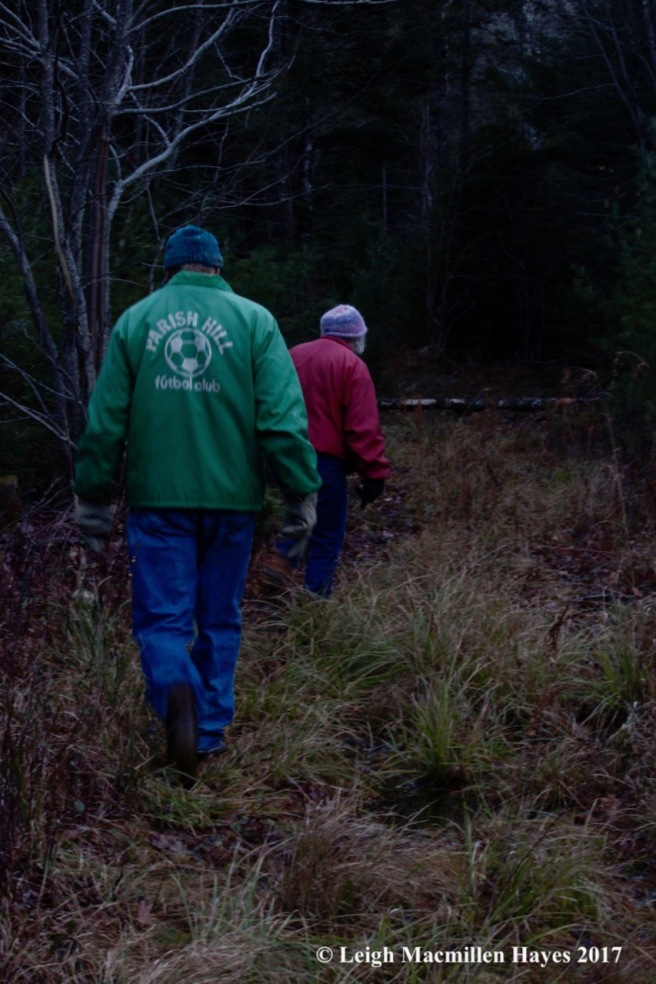 It was getting dark as we followed the trail out and decided to walk along the road on our way home rather than return the way we’d come. It hadn’t been our intention to meet today, but as grace would have it, we did. And I was thankful for the fellowship as we traveled together while I honored Ursula and Wolfgang.

Our time with each other was a reflection of grace and it is that same grace that I pray embraces Ursula as she reflects upon a life well shared with her beloved Wolfgang.

Rest in peace, Wolfgang. And blessings of memories to you, Ursula.

5 thoughts on “Reflection of Grace”