In the name of citizen science, Kathy McGreavy and I ventured forth at 8am this morning as the temperature hovered just above zero. 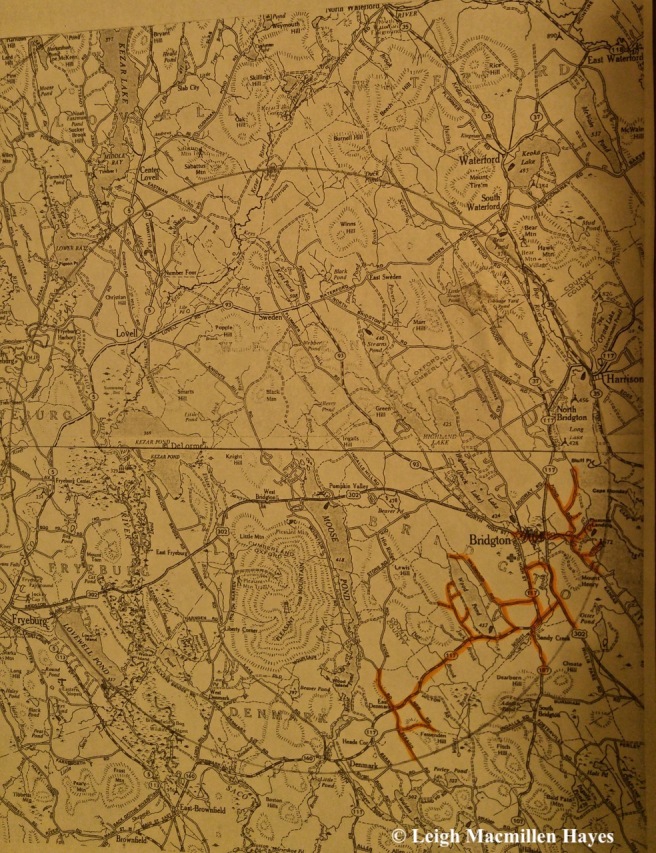 Our eyes were on the birds within view along a route outlined in orange. Up and down roads we journeyed, stopping periodically to jump out of the truck and focus our binoculars on our feathered friends and then keep track of them on the list provided. At the same time, other groups traveled different routes within the circle and also tallied their discoveries. 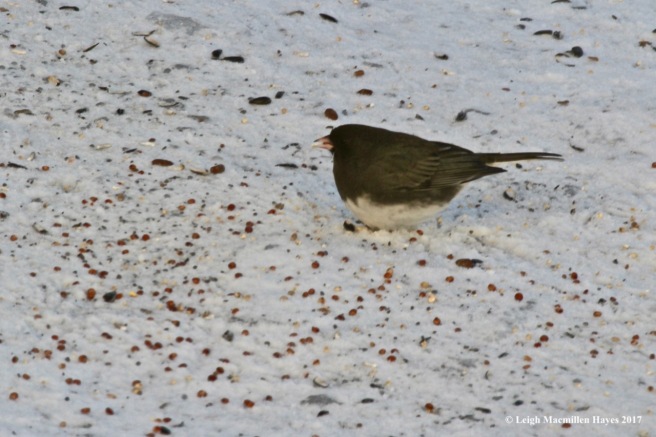 Together, we saw blue jays, crows, robins, tufted titmice, a female cardinal, brown creeper, some chickadees, and lots of juncos. We also enjoyed driving down roads less traveled and reveled in the ice and snow-coated scenery before us.

At noon, Kathy had to depart and so I headed home for a quick lunch before venturing out again to finish up our tour. And at Salmon Point boat launch I was rewarded with more robins.

But my favorite spy of the day, two northern flickers at the outlet where Stevens Brook flows into Long Lake. I first spied one and then two on the trunk of a red maple. After a few minutes they flew below to dine on winterberries. But I wondered–northern flickers in December? They weren’t on the list, nor were they rare; just not typical winter visitors in western Maine.

Seven and a half hours later, back at home, which was out of our part of the quadrant, a female downy woodpecker enjoyed some frozen suet. I couldn’t include it on the final report, but still . . .

The same could be said for the white-throated sparrow that I frequently spot amongst the junco flock that partakes of our feeding station.

Participating in this citizen science project is great fun and I’m thankful it’s a winter tally for I can ID most of the species I see. Were it to occur in summer when all those warblers breed in this northern territory, my bird brain would be more challenged. 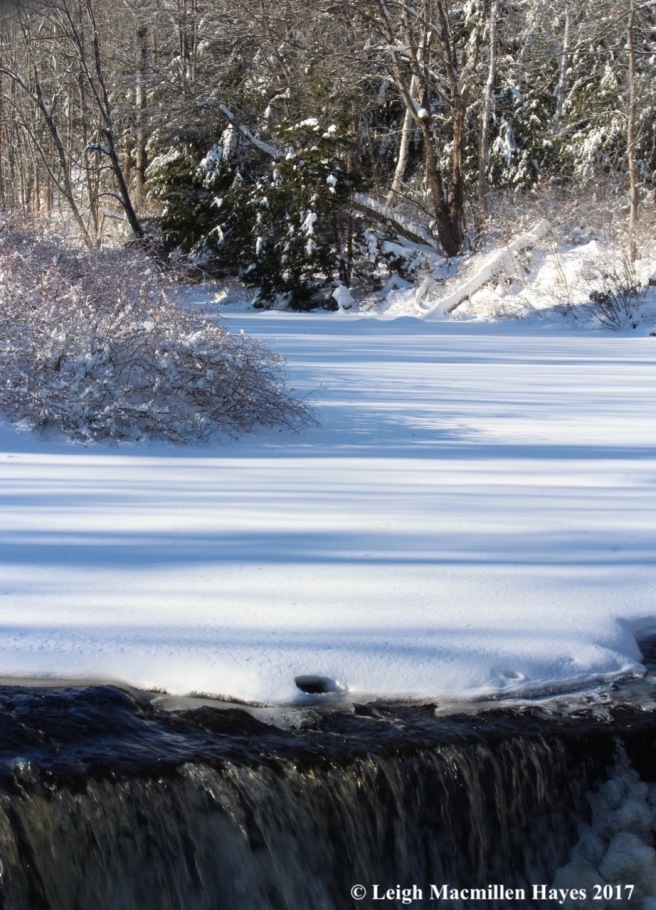 Another benefit of said participation is the opportunity to visit places such as the old dam on Stevens Brook during the winter season.

Because I was there, I saw tons of otter sign including numerous slides. A huge grin covered my face. 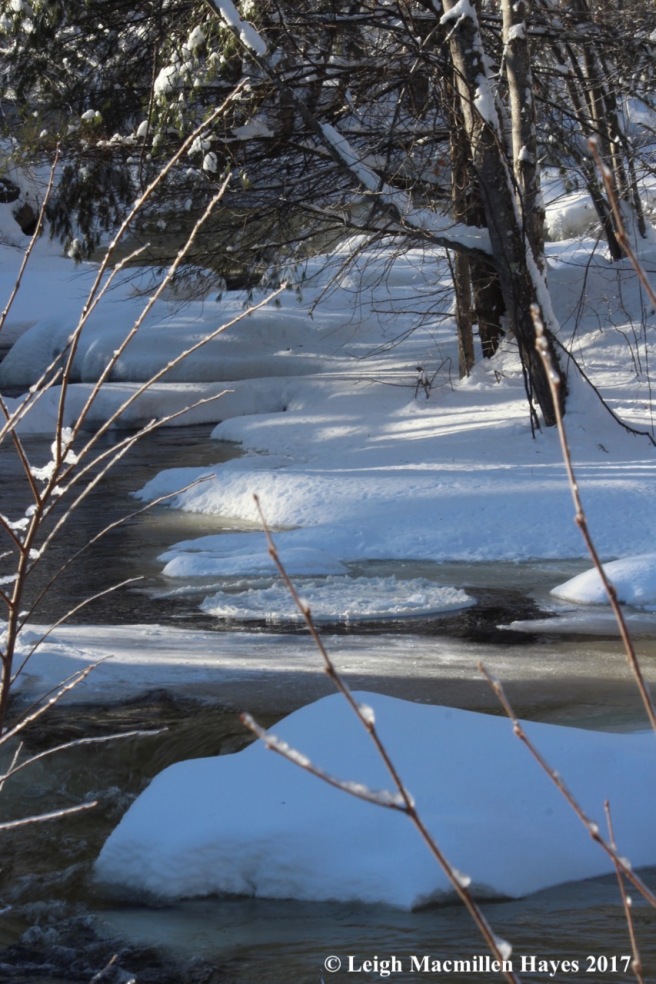 And then, there was a certain rare sighting lower in the brook that drew my awe.

We had a form to complete for rare finds. But . . . it was for rare bird finds. Would my northern flickers suffice? I wasn’t sure and so filled in the information to be on the safe side. But . . . that which I saw in the brook itself was probably rarer.

According to Mary Holland’s recent post about such on her Naturally Curious blog: “An ice disc is a large disc of ice spinning in a river. It’s thought that this relatively rare natural phenomenon is likely caused by cold, dense air coming in contact with an eddy in a river, forming discs ranging anywhere from 3 to 650 feet in diameter.

While eddies contribute to the spinning, they are not the only cause. If they were, small discs would spin faster than big discs, and this is not the case. Discs of all sizes rotate at roughly the same rate. One would also expect that discs in still water, where there aren’t any eddies, wouldn’t start spinning, but they do.

The melting of the ice disc contributes to its spinning as well. When an ice disc starts to melt, the melted ice water is denser than the ice, and thus sinks below the disc. This movement causes the water to spin, which in turn spins the disc.”

Common and rare–and another fabulous day spent participating in the Audubon Society’s Christmas Bird Count for 2017.