Go without expectation I told a friend the other day. But I hardly take my own advice and so as I set out to snowshoe along the trails of Loon Echo Land Trust’s Bald Pate Mountain Preserve today, I silently hoped I’d spy a snowshoe hare or bobcat. Of course, both would have been over the top, but the possibility existed for their tracks were everywhere.

My first trail of choice was the Moose Trail. Maybe it was the snow cap atop the sign that helped me choose, but really, I like it because it circles halfway around the base of the mountain and then joins the South Loop Trail to complete the journey and ascend to the summit. Plus, it isn’t well traveled, except by critters. And so I went. 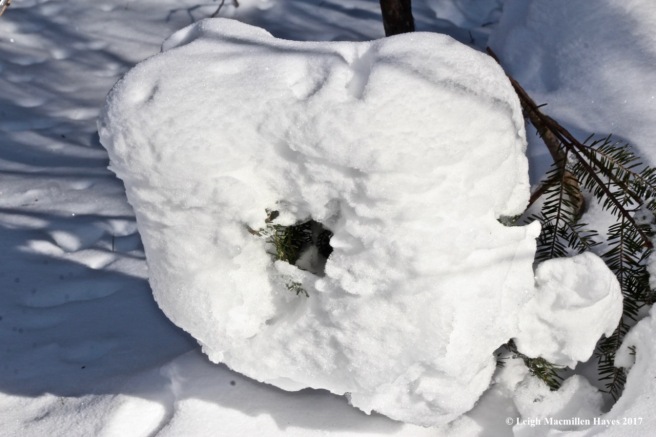 Immediately, I saw a snowy Q and questioned what I’d see. 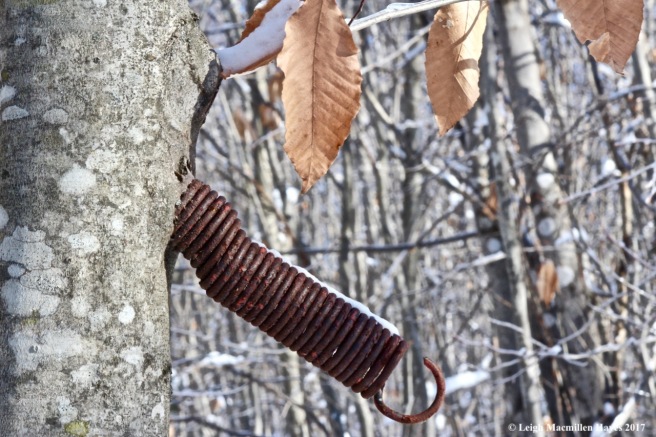 Despite the cold, there were signs of spring in many forms. One referenced a former use of the land.

And a third bubbled up and created wispy feathers.

Overhead, so much ice continued to cling to trees and jingled like a series of wind chimes along every path I traveled.

At last I was in an area of erratic boulders and certain that a bobcat was watching me. But . . . to my surprise a porcupine quickly waddled down its own well-packed trail. 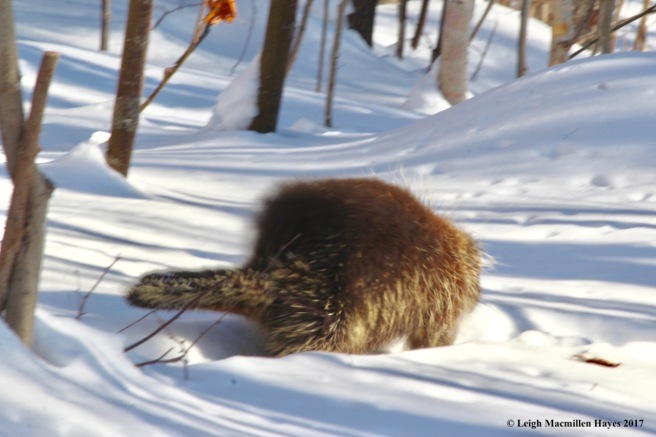 In my excitement, I could barely focus.

I did hear other people approaching and so called ahead to warn them. Turns out that was a good thing for they had a dog companion. Porky actually crossed the man-made trail and continued on its way.

The other hikers and I stood and watched it and then examined the trail left behind by this pigeon-toed mammal. I’ve always thought that the tail left a swish, but this big guy held its tail high. I’m more inclined to think its toenails and quills are responsible for the lines between prints.

At last I climbed upward and Peabody Pond came into view. 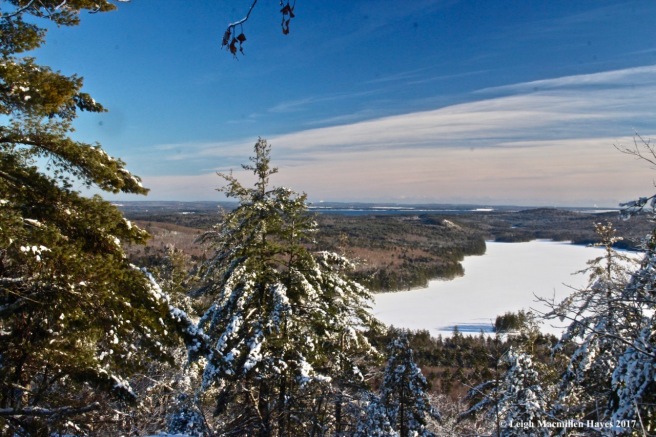 And in the distance Sebago Lake, not yet covered in ice, though I read in this morning’s paper that forecasters think this might be the year that it finally freezes over again. 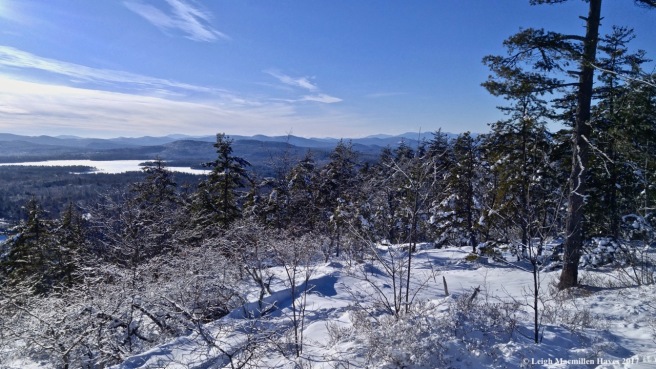 From the summit, I could hardly see the bald pate for which this mountain was named. But, the views outward included Hancock Pond.

And then Pleasant Mountain with Mount Washington in its saddle.

Rather than follow the Bob Chase Trail down, I chose the scenic overlook trail to the Foster Pond outlet.

Shadows were growing longer and I didn’t stay long. At that point my camera battery began to die and so I placed it inside my mitten to take advantage of a hand warmer. And took it as a hint–my cheeks were also beginning to feel the cold. 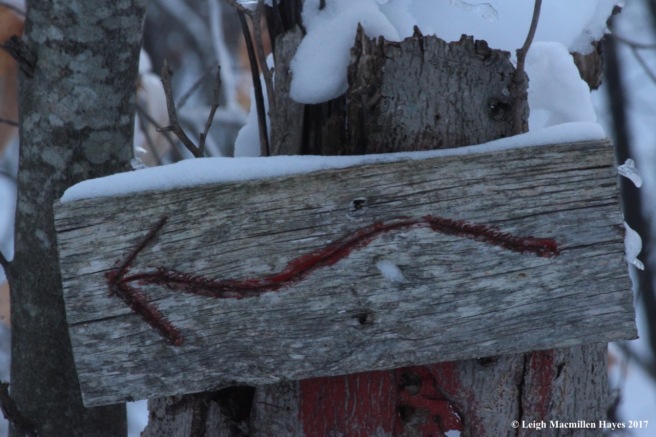 and not so subtle signs home. 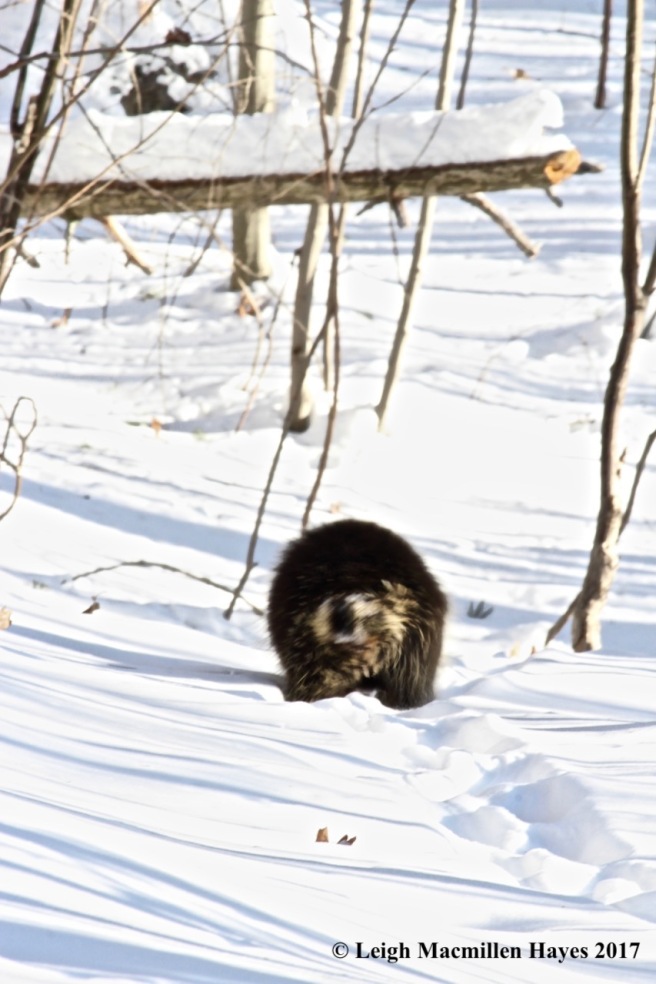 Tomorrow will dawn a new day and a new year.

Thanks to all who have wandered with me this past year. Here’s to a wonder-filled 2018.