It seemed only apropos as a blizzard intensifies that the January Book of the Month be Bernd Heinrich’s Winter World: the ingenuity of animal survival. 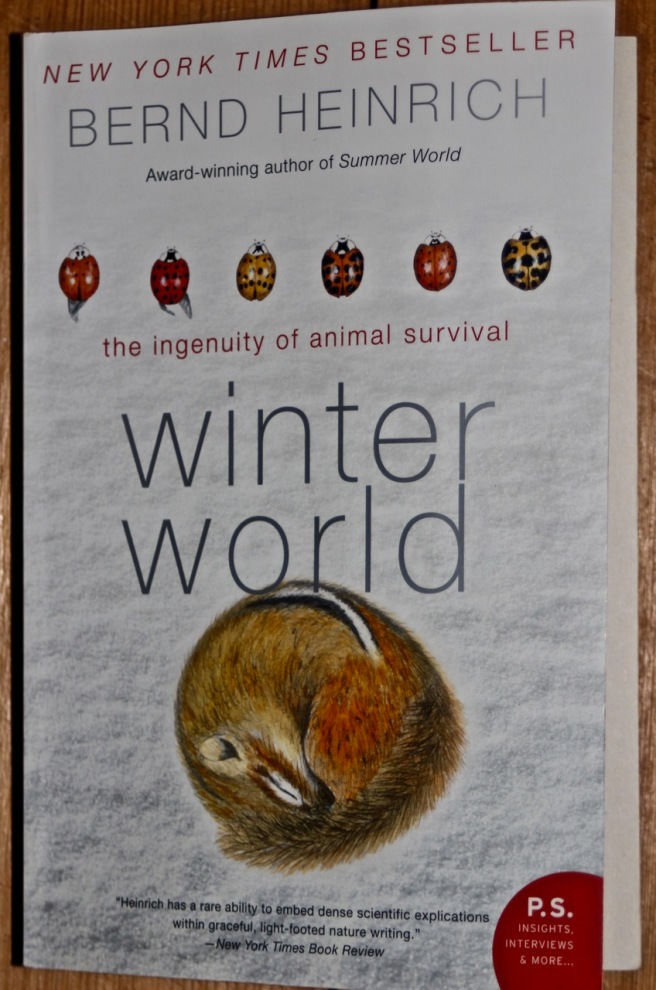 In this very readable book, biologist and illustrator Heinrich takes us into the depths of animal adaptation that allows even the tiniest among us to deal with the elements in order to avoid freezing to death. Of course, some do. And others become food.

A main theme of the book is the yellow-crowned kinglet, a bird Heinrich describes as weighing as little as two pennies. I’ve only had the honor of observing these tiny birds a couple of times, but daily watch other birds puff out their feathers to insulate their bodies from the frigid temps we’ve experienced this winter. 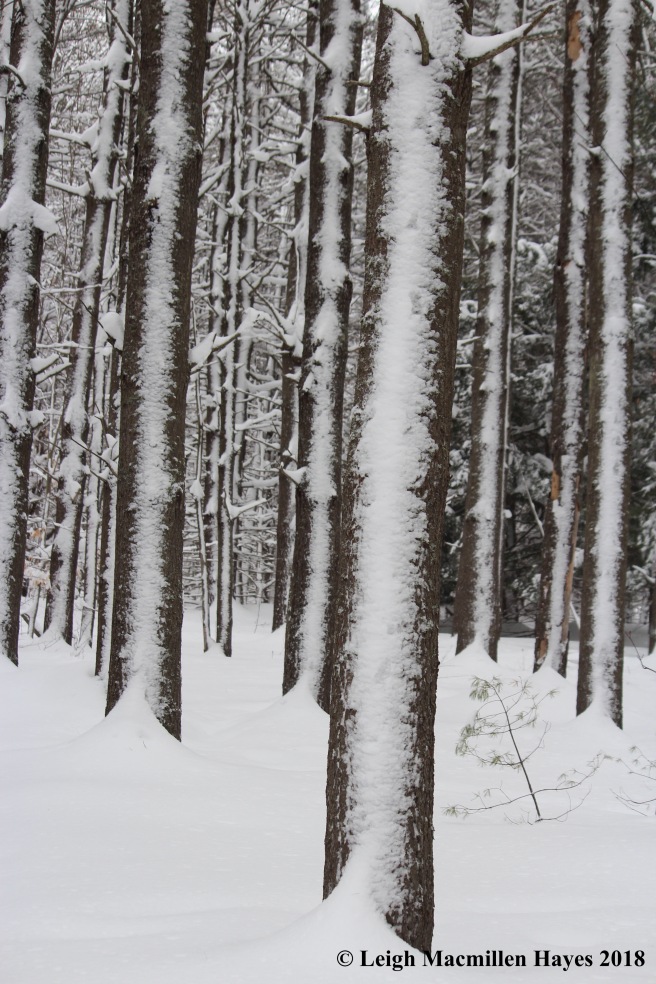 The bird frenzy was crazy at the feeders all day today. And the blizzard conditions drew me outside for a while on a quest of my own to see what else I might observe. Other than lots of snow, I didn’t see much. A few chickadees flew in to check on me as they worked on hemlock cones–in their attempt to release seeds. And I startled a ruffed grouse, which in turn startled me. 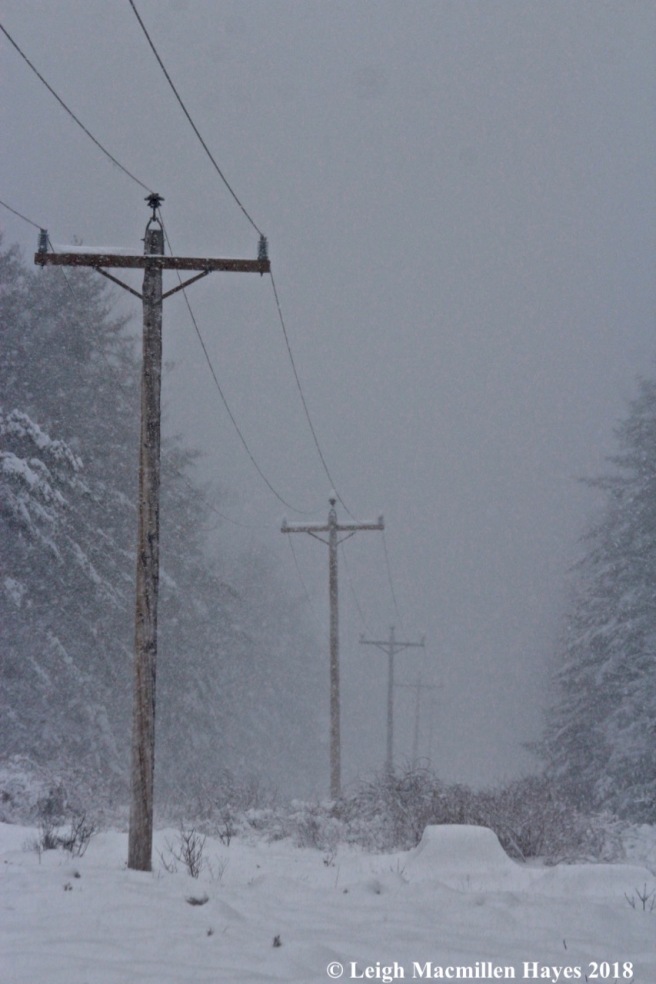 But really, the wind was strong and view at times quite limited. 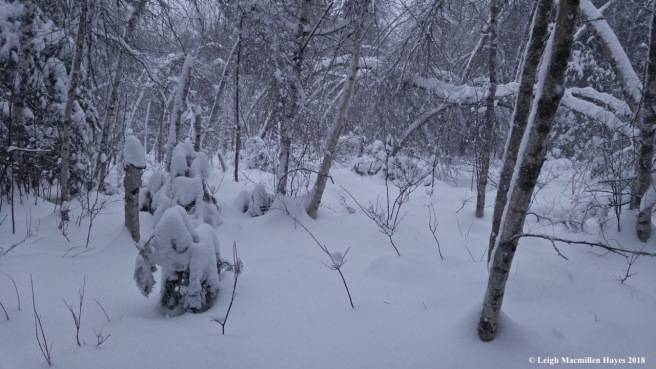 One of the curious things that Heinrich doesn’t address in this book is the affect of a changing habitat on survival. With all the snow and ice we’ve had, gray birches everywhere have bent with their burdens. I know this area to be frequented by snowshoe hares, but suspect that will change as the birches die and red maples take their  place. 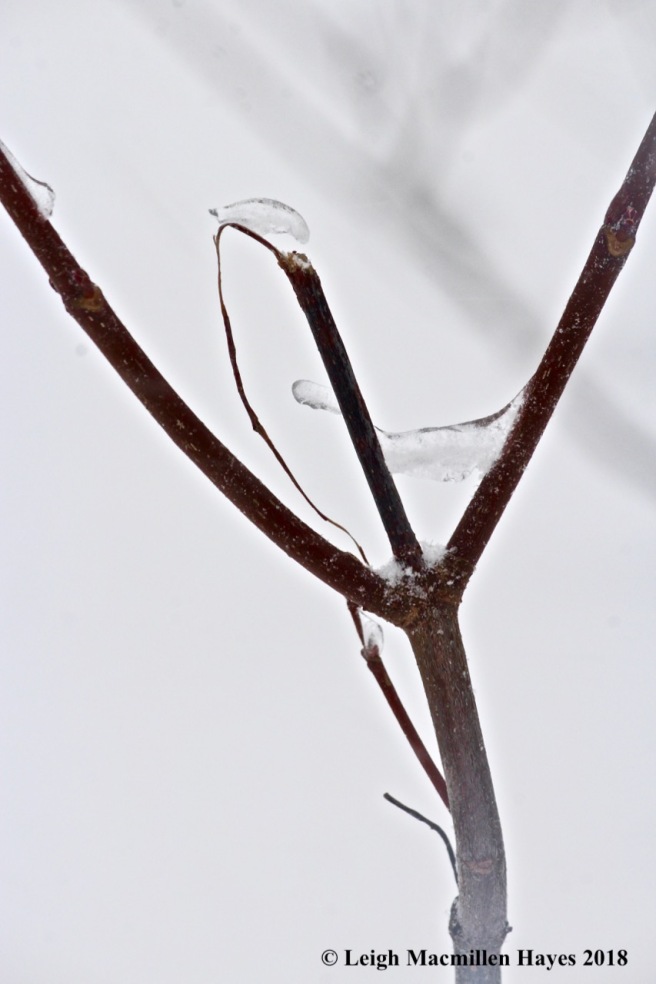 It’s also an area that the deer pass through, not stopping to rest for it’s a bit wet at times, but certainly pausing to browse. 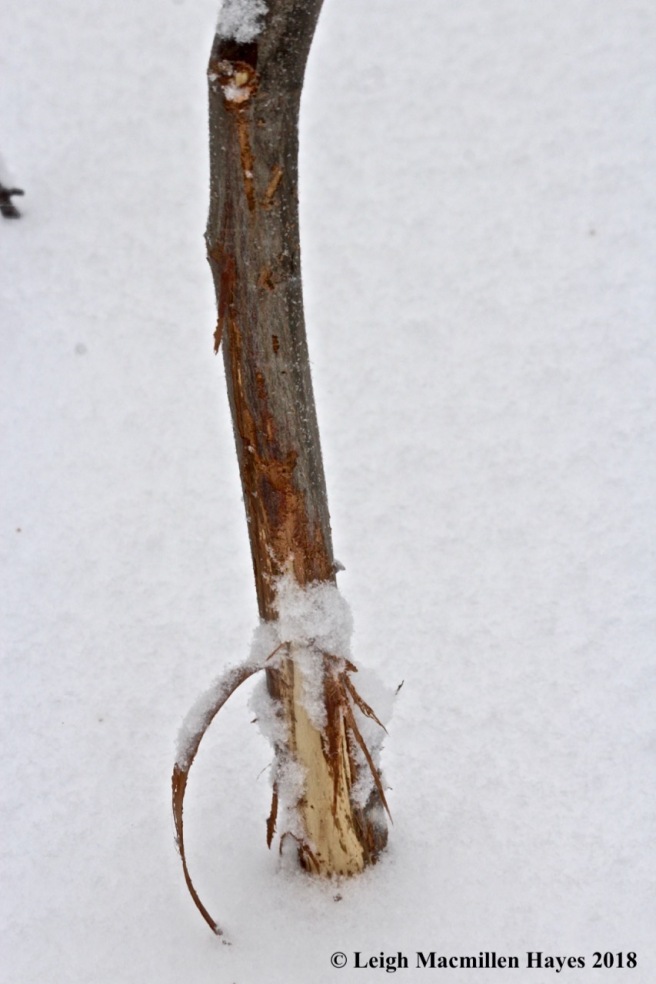 And leave behind their scent. 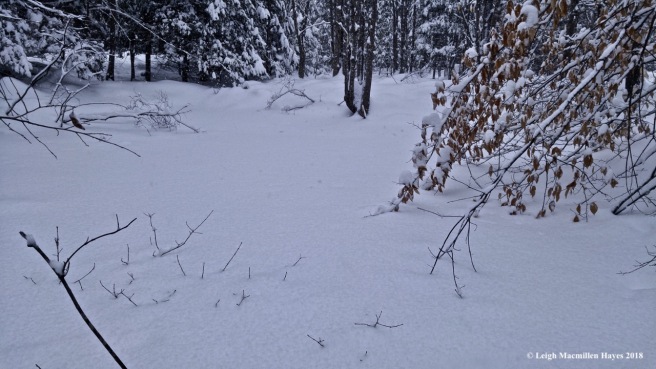 Nearby exists my favorite vernal pool. In chapter 13: Frozen Frogs on Ice, Heinrich addresses the chemistry that allows the wood frogs and peepers who will sing from this pool in the future to become frost-tolerant. “When the first ice crystals begin to form on or in the skin of a wood frog, it sets off an alarm reaction. Skin receptors relay the message of freezing to the central nervous system (CNS), and the CNS activates the adrenal medulla to release adrenaline into the bloodstream. When the adrenaline circulates to the liver, it there activates the enzymes that convert the liver’s stores of glycogen to glucose. In the wood frog, this response is massive and before the ice reaches the cells they become packed with glucose that acts as an antifreeze . . . in about fifteen hours, the frog is frozen solid except for the insides of its cells. Its heart stops. No more blood flows. It no longer breathes. By most definitions, it is dead. But it is prepared to again revive at a later date.” As he says, the wood frogs (and hibernating bears) are “biological marvels that challenge the limits of our believes of what seems possible.” 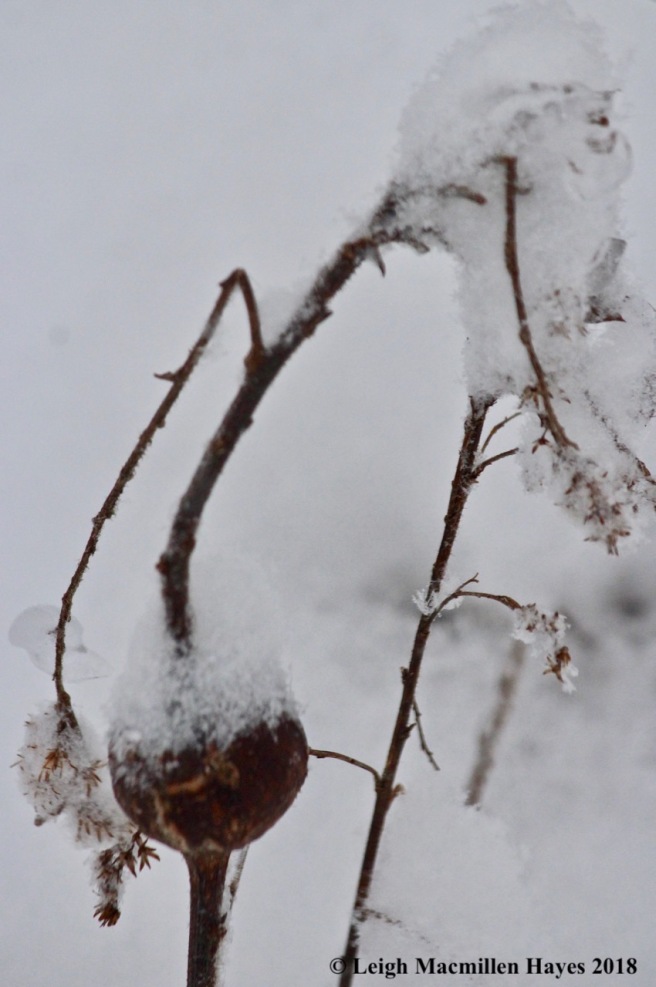 There’s so much more in his book, including chapter 14: Insects: From the Diversity to the Limits, in which among other things he discusses the goldenrod gall fly larva that is “physiologically specialized to overwinter.”

While I was out and about, I checked on the red squirrel cache I’ve been keeping an eye on. No action of any kind today. In fact, most critters seemed to have hunkered down to wait out the storm, huddled together in ground or tree holes and dens. Sometimes in the quiet of a snowstorm I meet deer, but not so today. With the wind whipping through the trees, large plops of snow whooshed off of hemlocks and pines, while shards of ice crackled and fell. A few times I felt like Chicken Little as a chunk hit my hat. All of that was reason enough to find a cozy spot. 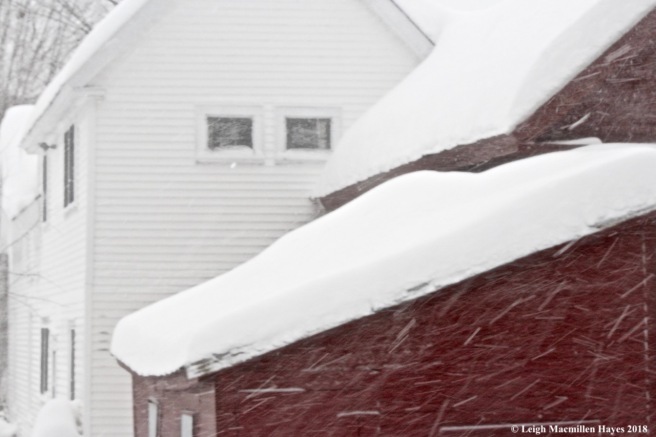 Finally, it was time for me to do the same. To return home, brew a cup of tea, and reread Bernd Heinrich’s book. It’s one of my favorites, although I also love The Geese of Beaver Bog, The Trees in My Forest, and A Year in the Maine Woods. (Note: my least favorite is Summer World. Not sure why, but try as I might, I can’t get through it.) 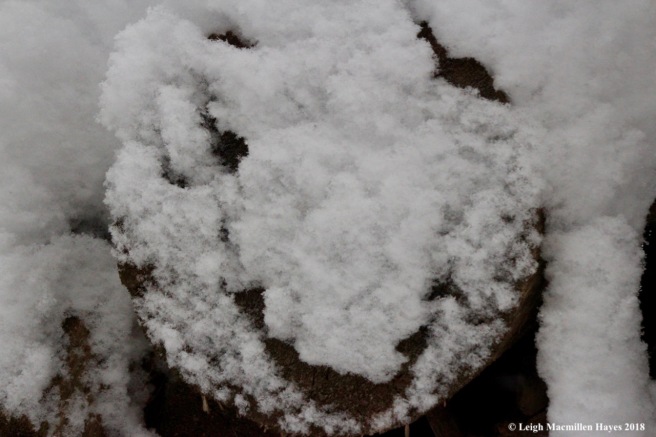