We survived yesterday’s blizzard, but I wondered about our neighborhood. Last night the winds howled and we watched snow blow from north to south on a horizontal plane.

As I headed out to check on the situation this morning, I noticed the cloaked well, so had the snow swirled about its structure. 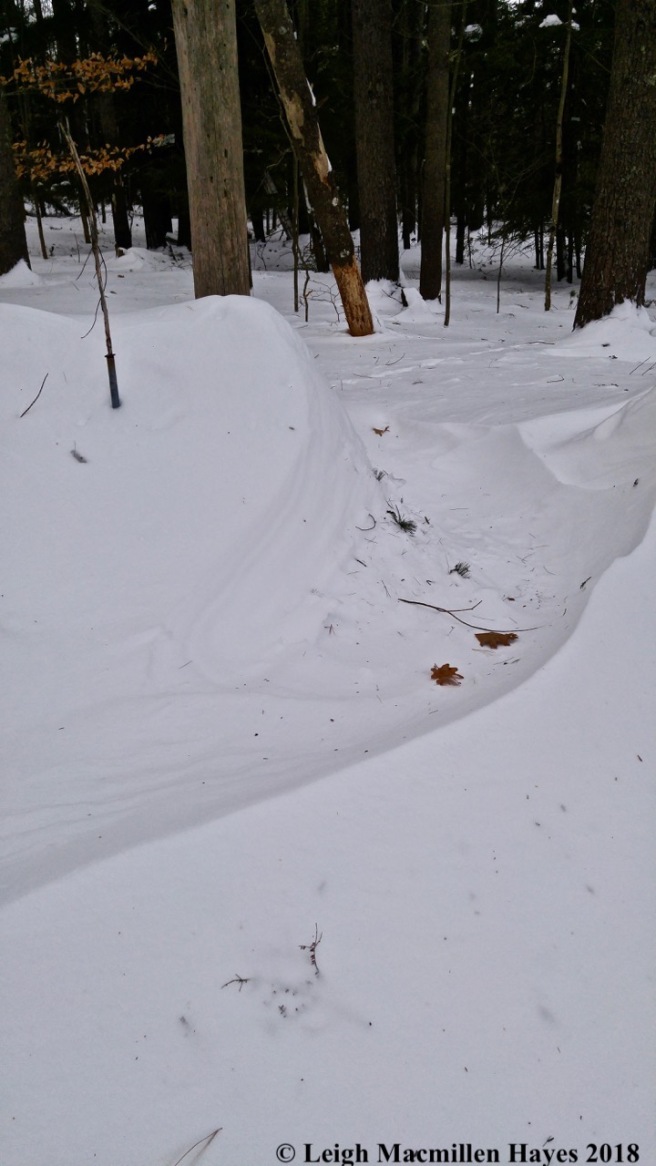 The pattern repeated itself in so many places including the gap in the stone wall.

And in the aftermath came new ornamentation in unexpected places, like pine needles in an old pileated woodpecker hole, 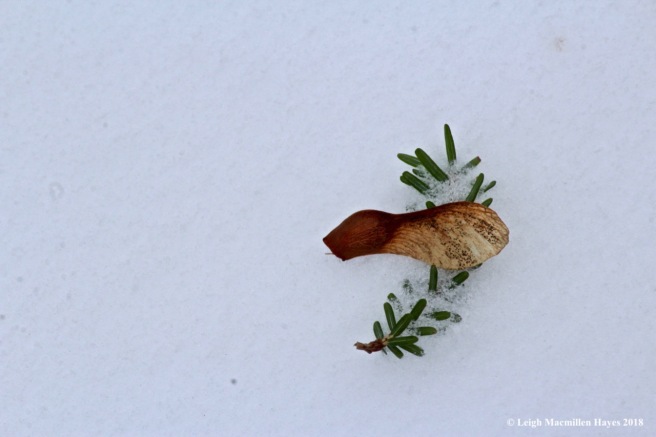 and a maple seed resting upon a hemlock twig.

There were snow forts in various forms–some with arches . . . 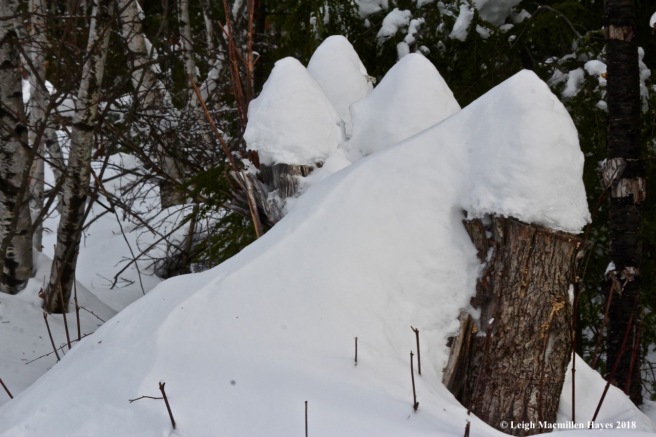 and others with turrets. 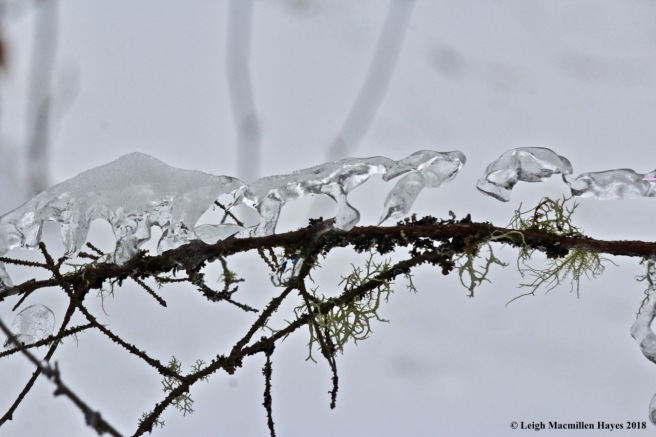 Though much ice had finally fallen, some continued to march across twigs . . . 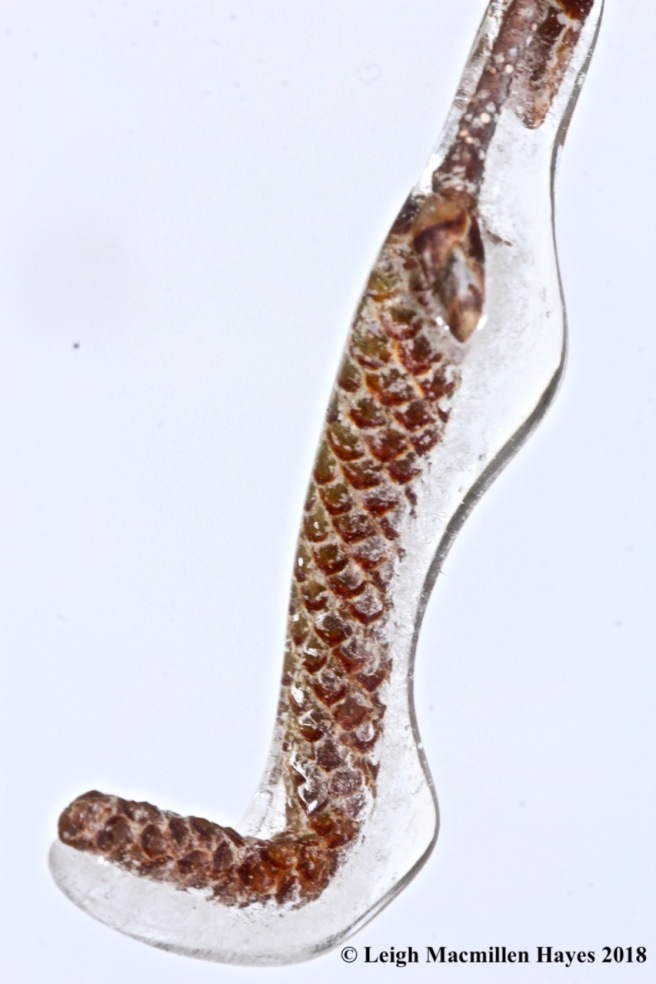 and coat new catkins with an extra layer of protection against the frigid air.

Scattered about on top of the snow most everywhere I looked, however, were the scales of the fleur de lis and miniature seeds of various birches and cones scales and seeds of evergreens. Somehow, and perhaps its because the ice still held them in place, many catkins still hadn’t sent their tiny seeds flying. For the birds and mice who dine on them, a slowed dispersal might mean food security. 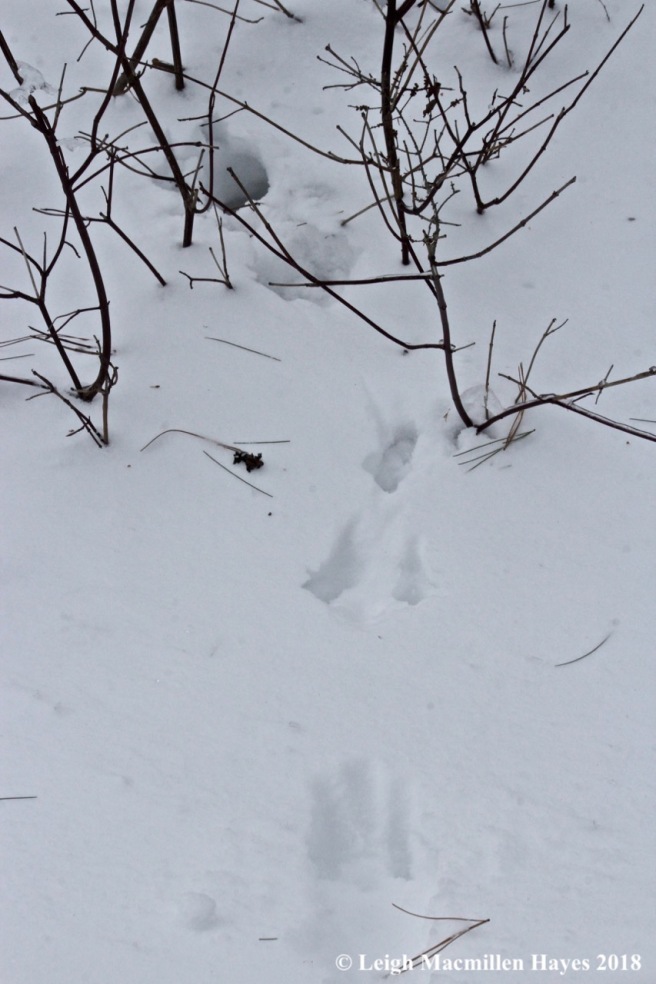 I wondered about the mammals and saw only red and gray squirrel tracks, in this case a red who left its tunnel to bound across to another below a tree. Later, one gray squirrel hopped slowly through the deep snow. Eventually it climbed a tree and moved with much more agility across its branch highway. 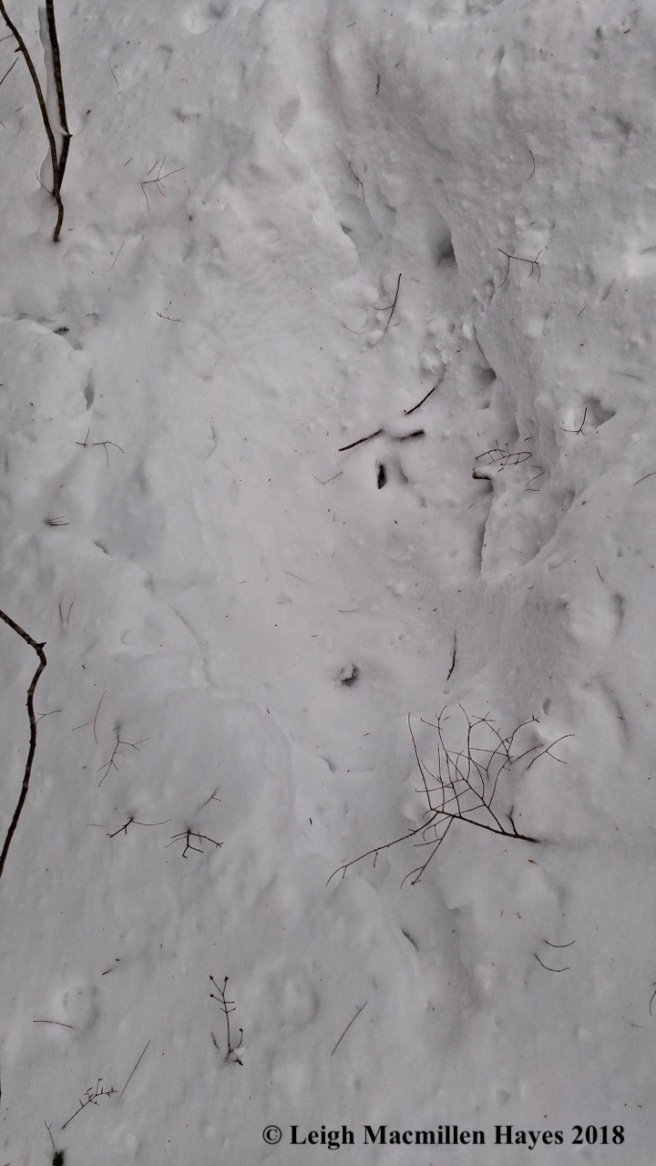 Deer were the only others that had moved. One had found the southern side of a tree to bed down for the night, such is the form you may see here, with the smooth side of its back being to the left. I could imagine the snow swirling about it, but trust that at the same time, the depth added an insulating quality. 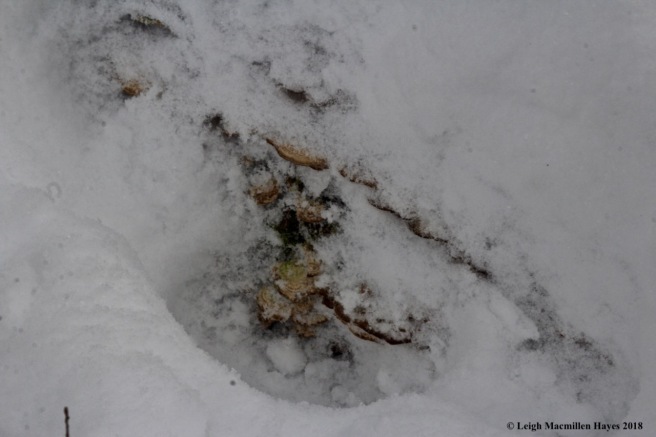 I wondered what the deer had been foraging since the acorns were becoming more difficult to acquire. Curiously, I found that several downed trees I knew had been covered with fungi were freshly excavated and harvested. 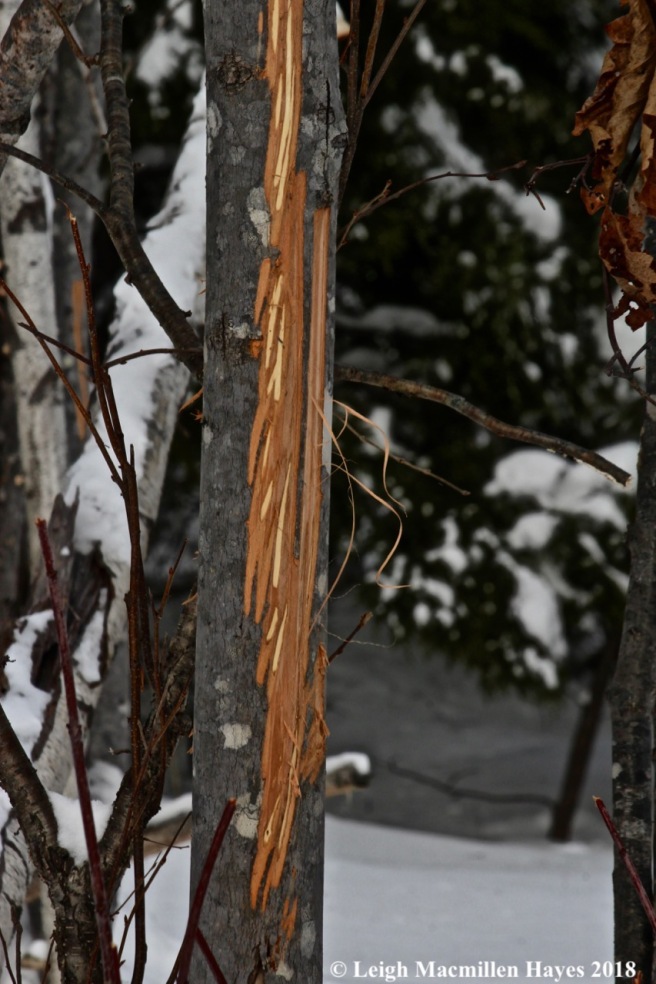 Back home after a few hours spent trudging through snow so deep that at times I was up to my knees despite my snowshoes, I made a point to visit one more spot beside the front door–where the milkweed grows. Do you see the two insects atop the pod? Those were Oleander aphids who fed on the plant previously. 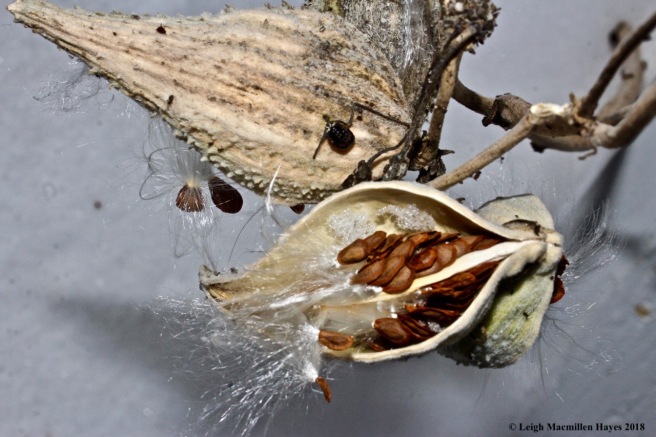 Despite all the wind of yesterday and last night, I was surprised to discover that the seeds hadn’t all yet floated on to new homes.

The day after the bomb cyclone or bombogenesis storm, so named because of the steep drop in atmospheric pressure that occurred, I discovered that most of the world was still curled up. With more wind and frigid air in the forecast, hunkering down is a grand idea.

7 thoughts on “The Day After the Bomb Cyclone”