I don’t know the why of it, but it seems that each year when we plan to put the lawn furniture away, the forecast either includes wind gusts or snow. Well, yesterday it snowed. Not a lot of snow, mind you. But enough.

It was, however,  melting quickly when we stopped by camp to begin our autumn chores. 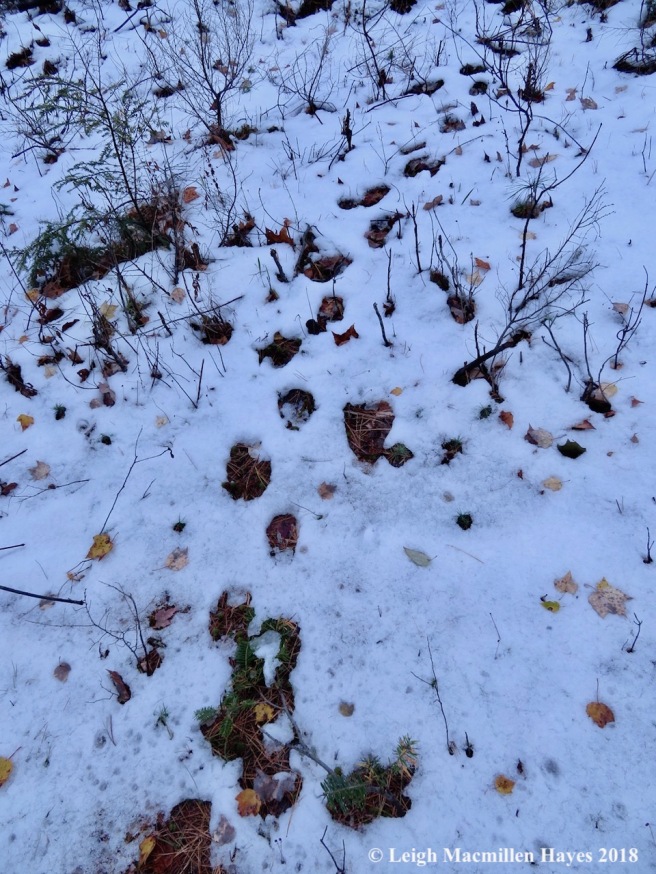 Upon our return home, I diverted my attention for a bit and headed off into the woods, where much to my delight, tracking opportunities made themselves known. Though I didn’t see any of the creators, I smiled with the knowledge that I can share this land with them. Along the way I found a porcupine track pattern,

plus a coyote with a stride of about nineteen inches (when you don’t take a tape measure it pays to improvise),

and my favorite for this first tracking day of the season . . . a snowshoe lobster–I mean hare.

Another favorite sighting, which I spied a few times–rather fresh moose scat the size of chocolate nuggets. (And no, I didn’t collect it to make jewelry. ;-))

As I moved, I left behind my own tracks and wondered if the mammals looked at those and knew I’d passed by. “Middle-aged female, the one who stalks us,” they might comment if they could talk. But really, it’s by my scent that they probably know me best. “Stinky middle-aged female . . .”

It wasn’t just tracks that caught my attention. The snow, spotted with tree drips, enhanced the color and borders of the foliage, making each leaf stand out.

In contrast, a more muted tapestry formed where foliage was trapped in slush-topped puddles.

And then there were those leaves turned upside down. I was fascinated by the variation of size in the water drops left behind as the snow melted. Every dot enhanced the pastel back-side colors . . . 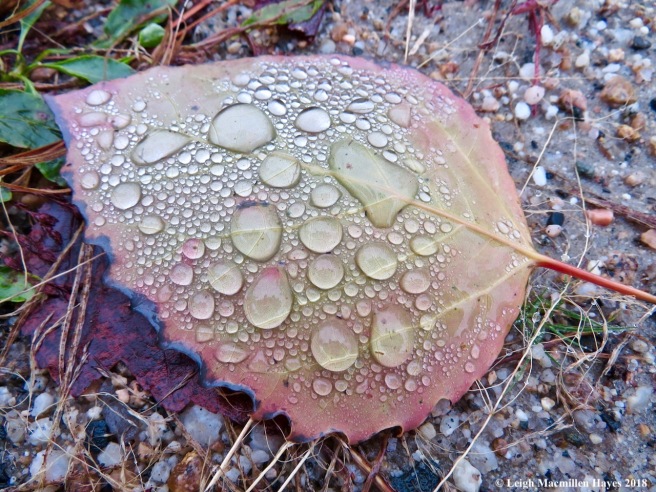 and acted as a scope by showing off segments of venation. 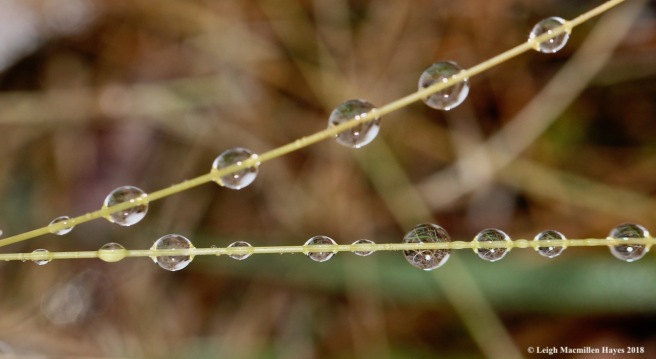 Patterns changed depending on the shape of the structure to which they clung. 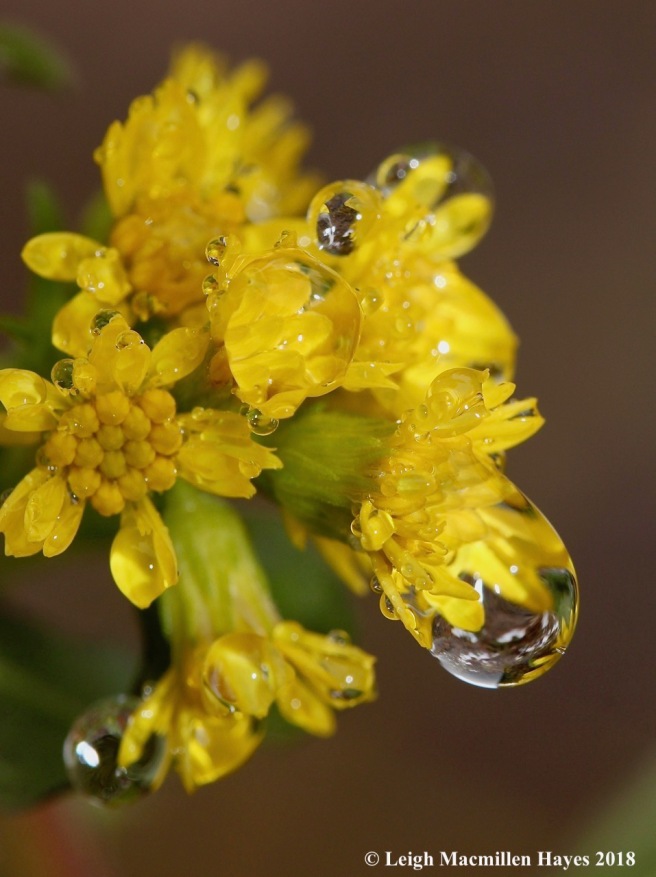 And all were momentary for each drop eventually did what they do . . . dripped.

While I admired the beauty, I wondered about the goldenrod that still bloomed and reminded me that though it had snowed and we’ve had some rather cold days, today was a bit warmer and it’s not winter yet. But those cold temps of a few days ago, I think they caught some by surprise, including this tachinid fly that dangled from another flower stalk.

And several times I found hickory tussock moth caterpillars frozen in place. While I admired the way the melted snow drops clung to the hair, I wondered about what I was seeing. Was it a shed skin? Or had this caterpillar been taken by surprise with weather conditions?

If you know, please enlighten me.

As it was, I needed to finish my wander for there was more furniture to put away on the homefront. 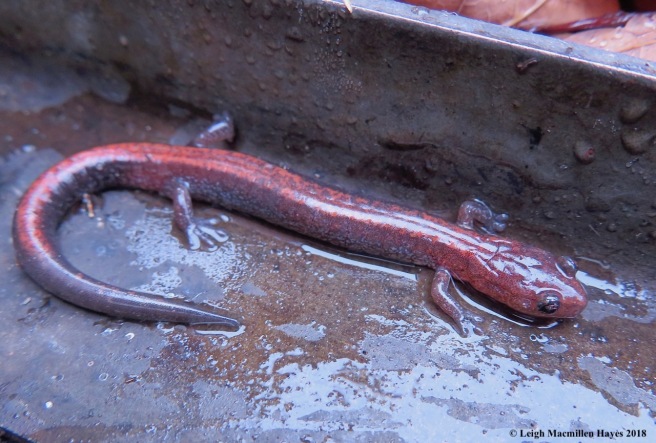 And when we opened the cellar hatch door to store the table and chair downstairs, another discovery was made . . . an Eastern red-backed salamander on top of the first step.

The day probably should have been named “Day After the First Snow Storm of the Season” but instead it was our “Put the Lawn Furniture Away Holiday.” Not everyone celebrates this day, but we do because as exciting as it is to bring the furniture out in the spring, it’s equally exciting to put it away and anticipate the coming season. Oh, and when we pull it again in the spring, you can trust that it will snow at least one more time.

8 thoughts on “Put The Lawn Furniture Away Holiday”