I can’t remember when our yearly ritual began but it has become tradition for three college friends and me to meet somewhere for a fall weekend. And so this year found us staying at a borrowed house in York, Maine. I was late to the gathering but we spent last night catching up as we surrounded the kitchen island. It seems like a table or island is always the spot where we spend most of our time each year while we tell new stories and recall old ones.

This morning found us dining at a local restaurant. Years ago, I’d spent many an hour in York, either eating at Rick’s, combing the beaches, or standing beside a duck pond. And after this morning’s breakfast, voila–the duck pond. I’m not sure it was the one I remembered for so much had changed in town since I’d last looked for it, but still . . . it was a pond . . . with ducks.

Dabbling Mallards to be exact, their iridescent colors as brilliant as the fall foliage.

Our next stop was the beach–Long Sands Beach that is. With the tide rolling out, we were able to stroll along most of its mile and a half length.

Our sights included a Herring Gull in triplicate, with both its shadow and reflection cast on the watery surface.

Equally impressive were the ripples in the sand that matched the water that had once flowed over it, 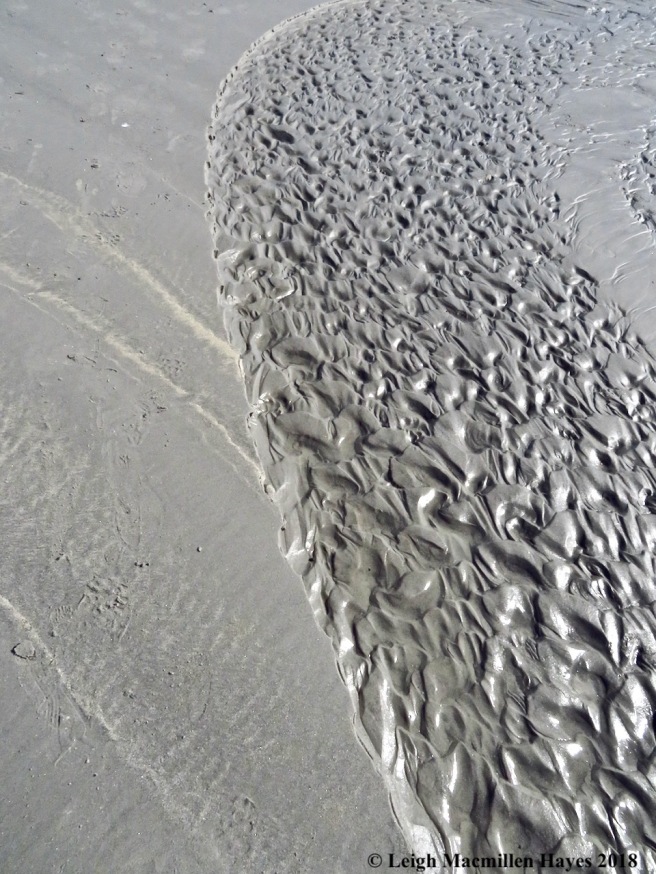 and those in a small stream bed (which we chose not to cross). 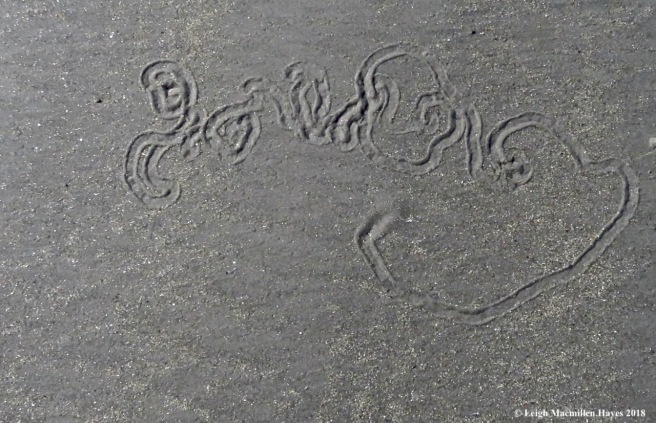 Our sense of wonder was again aroused when we saw a message in the sand and realized it was not someone writing in script, but rather the trail of a snail. 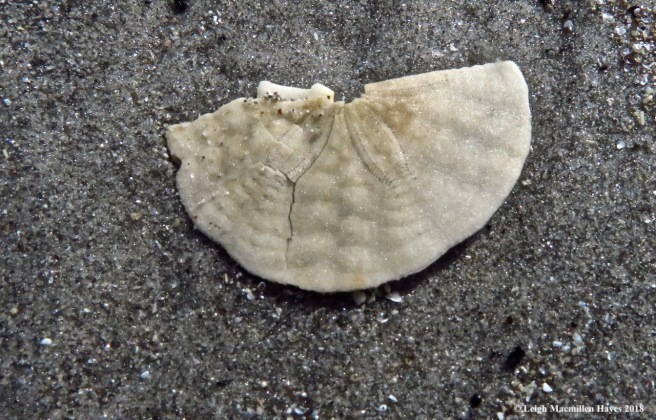 We also found a few broken sand dollars, the fifty cent piece being the largest. 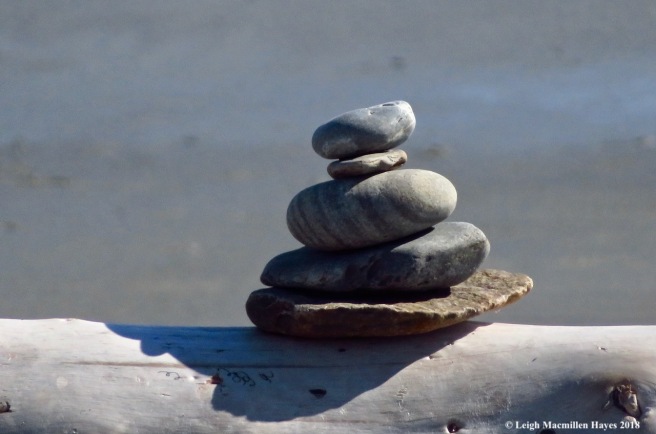 But we each left knowing that when the time comes to meet again, we’ll follow the signs and pick up where we left off.

As I turned north out of the lane, I wasn’t quite ready to hop onto the highway and find my way home, so I detoured. My first stop was a Nubble Lighthouse, where “in 1874 President Rutherford B. Hayes appropriated money to build a lighthouse on this “Nub” of land.” All these years later, it’s getting a much needed facelift.

A wee bit further up the road, I pulled into Wells Reserve at Laudholm , a 2,250-acre estuarine zone. Trails loop about the property and I followed a few. 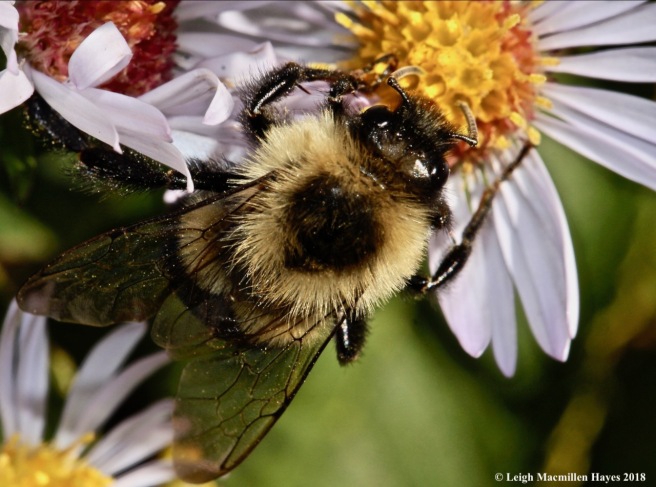 Beside the estuary, bees aplenty buzzed about some late asters in the warmth of the sunshine. 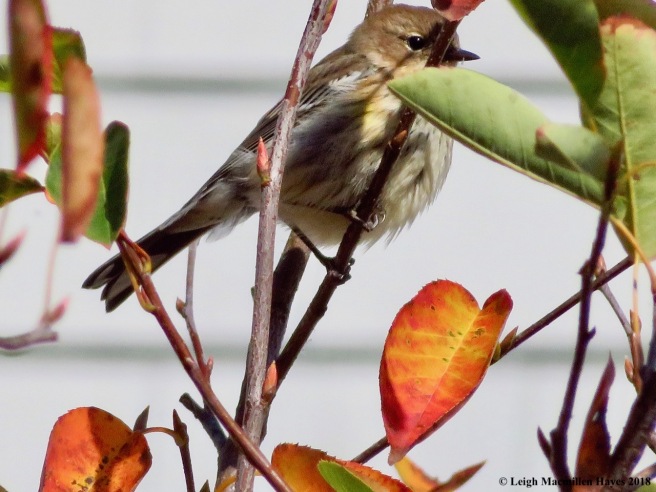 And closer to the ocean, Yellow-rumped Warblers flew and landed among the shrubs.

As I walked across a boardwalk toward the beach, a few beach roses showed off their brilliant blooms. 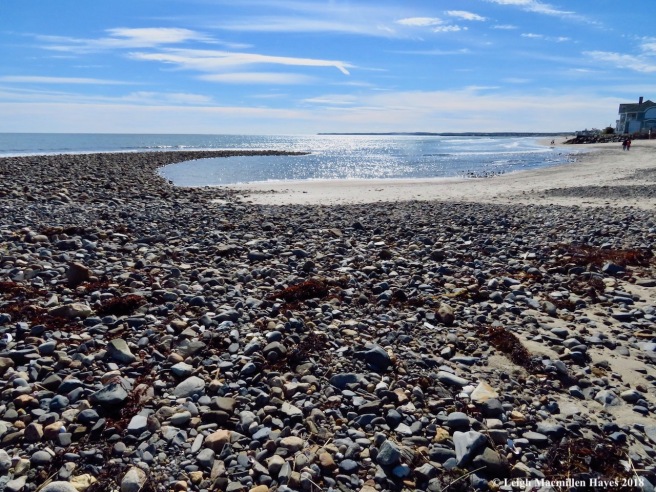 At last I reached Drake’s Island Beach on the Atlantic Ocean, one of my old haunts on daytrips long ago.

And there, another squiggly message in the sand, longer than the first but about half as wide in trail straddle (just getting back into my winter tracking frame of mind and terminology.) 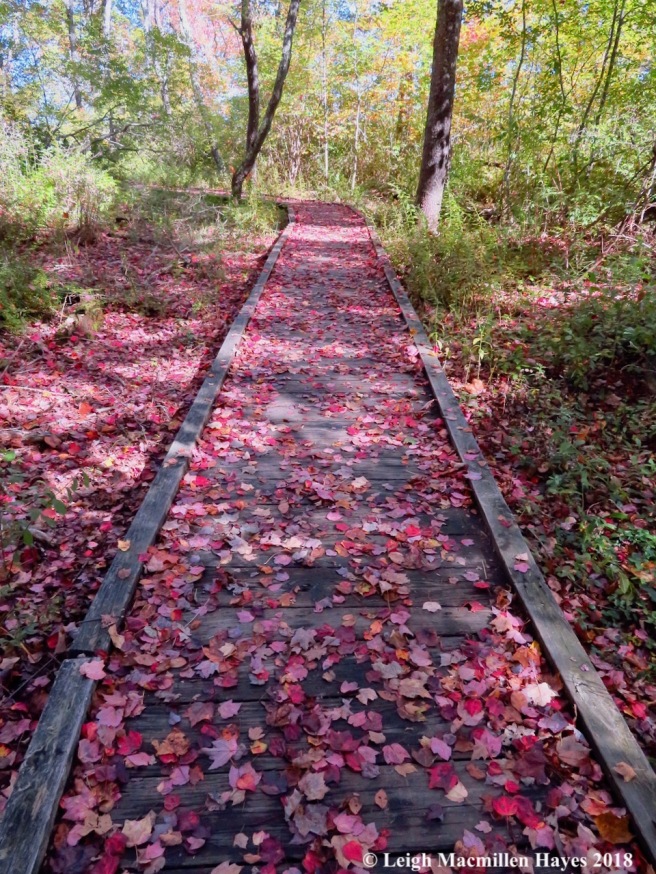 On my return, I looped around on the Laird-Norton Trail, where a well-built boardwalk was decorated with so many shades of red speaking to the Acer rubra Maples that arched above.

In one sunny spot, a garter snake sunned and I tried to warn a woman who was walking toward me, but she didn’t hear and the startled snake practically jumped off the boardwalk. The woman almost did as well!

Snakes and apples and I began to wonder if I was in the Garden of Eden. But really, I wondered if a squirrel had wedged the apple into the nook of the tree to dry. I’ve seen the same with mushrooms and just last week watched a red squirrel snatch a dried mushroom in a movement so quick that it will remain in my mind’s eye only.

Certainly, the bees and flies, such as this hover fly, were taking advantage of the nutrition offered at the reserve. Temperatures are forecast to dip this week, so I’ll be curious to see how long the flowers and pollinators last.

My final stop of the day was to walk a trail that connects to the reserve. The Carson Trail is named for Rachel Carson. The Rachel Carson National Wildlife Refuge was created in 1966 to protect valuable salt marshes and estuaries for migrating birds. My views today included heron, an egret, and a sandpiper.

Finally it was time to head for the hills. But like the ducks and pollinators and birds that foraged for nourishment, I was grateful for the opportunity once again to gather with friends and be sustained by each other’s company.  We’d pose for our traditional selfie before heading off in individual directions to our everyday lives in Massachusetts, New Hampshire, Maine,  and Vermont. Thanks Pammie, Bev, and Becky, and a special thanks to Lynn and Tim for letting us make ourselves at home in their York place.