As Judy Lynne and I approached the entrance to McLaughlin Garden in South Paris, it felt as if we were calling on an old friend. 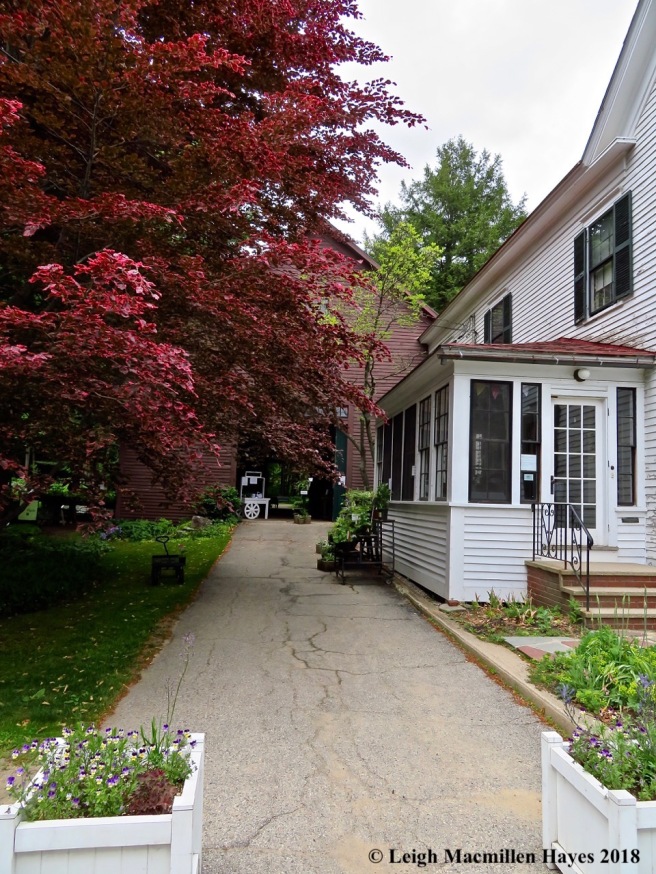 Maybe that feeling was realized because we passed through the barn, as if visiting a neighbor and searching out back for her. 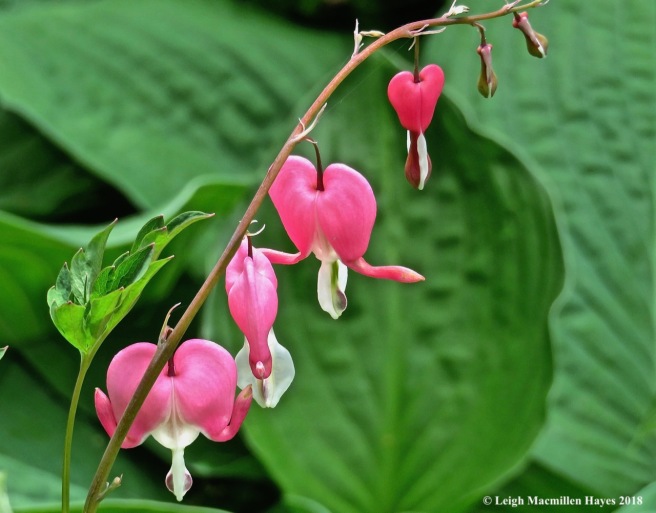 It was there that we were immediately greeted by not one, but many old friends, including bleeding heart, 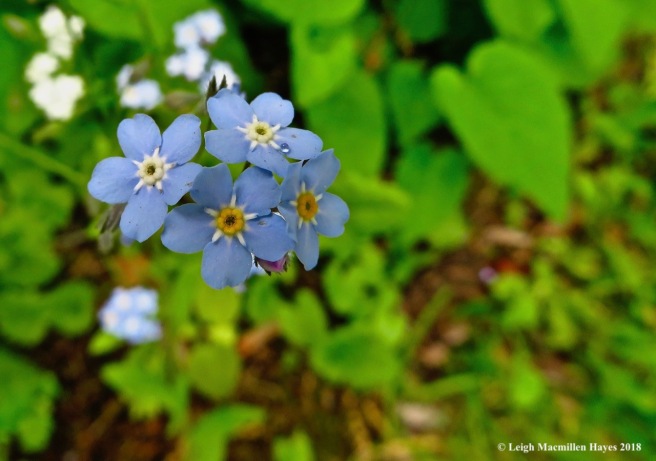 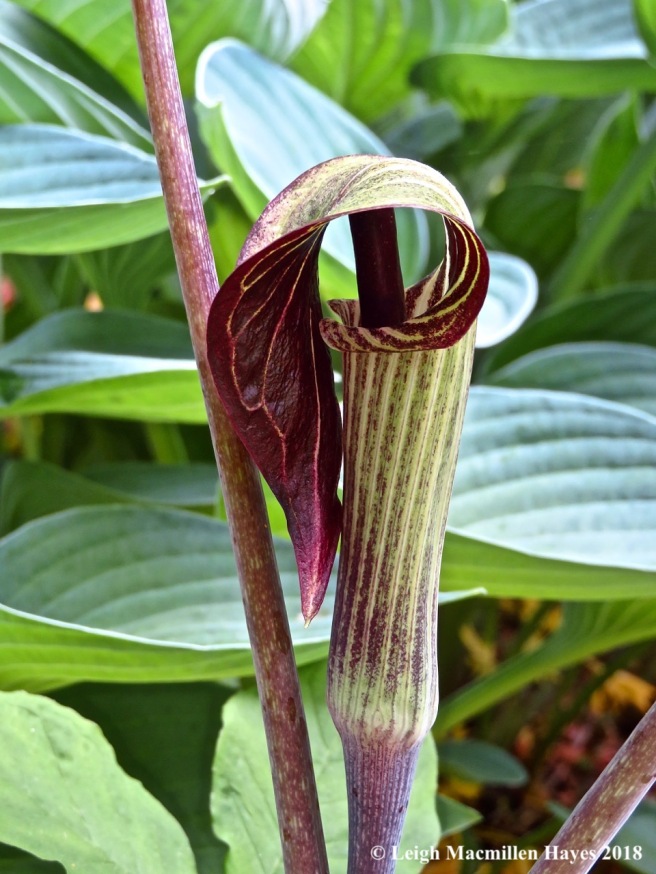 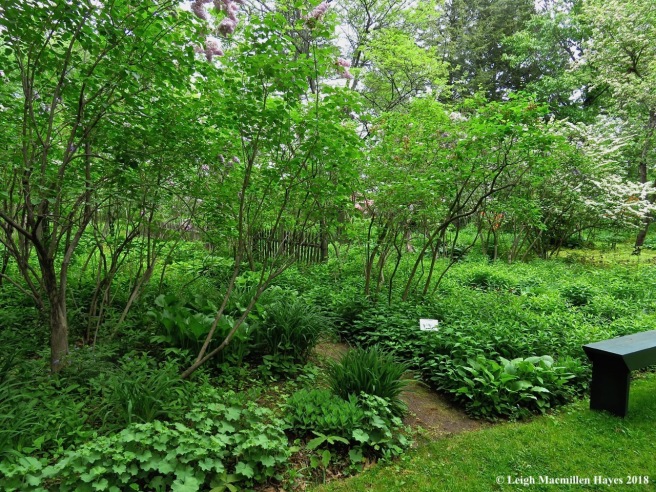 All of these and so much more were the inspiration of Bernard McLaughlin. He began planting the garden in 1936 right on Main Street, though at that time it wasn’t the strip it is now. But that’s part of the wonder of this place for it’s a unique oasis in the middle of our busy lives. As Bernard nurtured his diverse collection of wildflowers, ferns, woody shrubs, trees and over 200 lilacs, he always kept the garden gate open. In 1997, a non-profit was formed to preserve Bernard’s legacy and continue his open door policy. 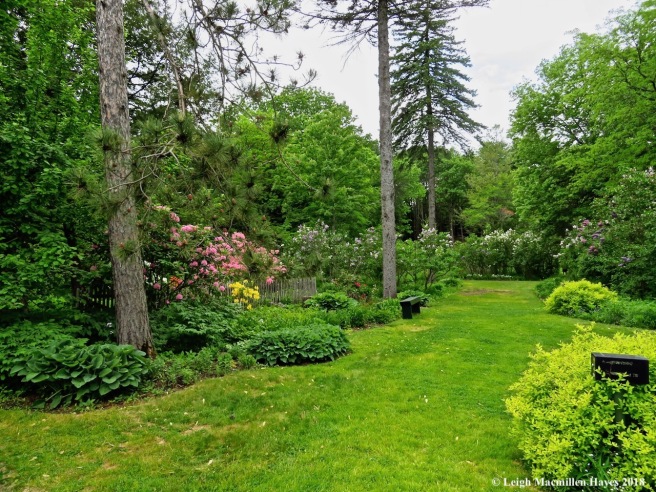 We went to smell the lilacs and their heady fragrance did please our noses immensely, but we noted so many other flowers, some which we knew like the old friends above, but made new acquaintances as well. Of course, we’ll never remember all their names, but isn’t it always that way when you meet someone for the first time? Or second or third? 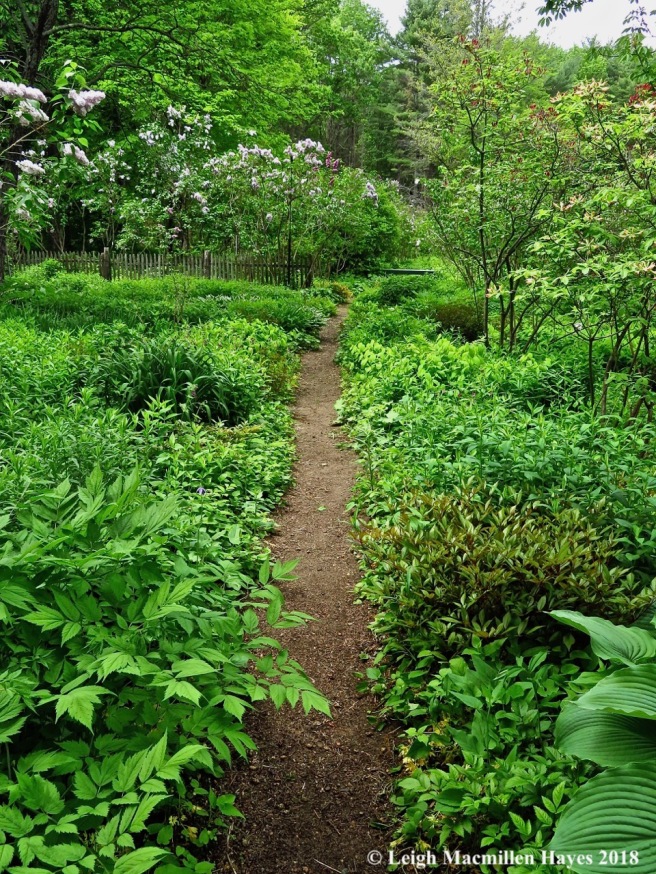 While some paths are grassy, others consist of well-tramped mulch. 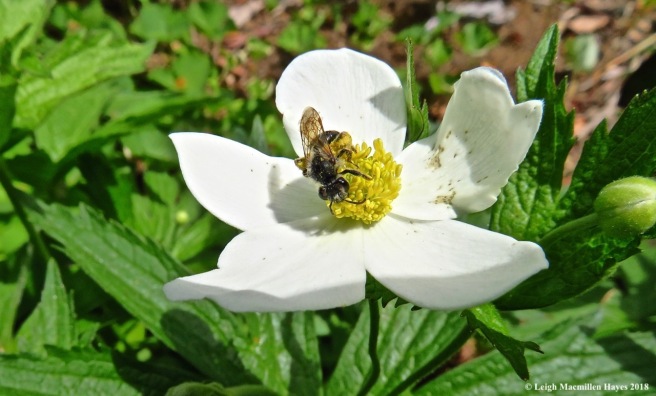 We were in constant awe of the array tucked in beside each other in what at times appeared simply random. Anemones such as this grew near . . . 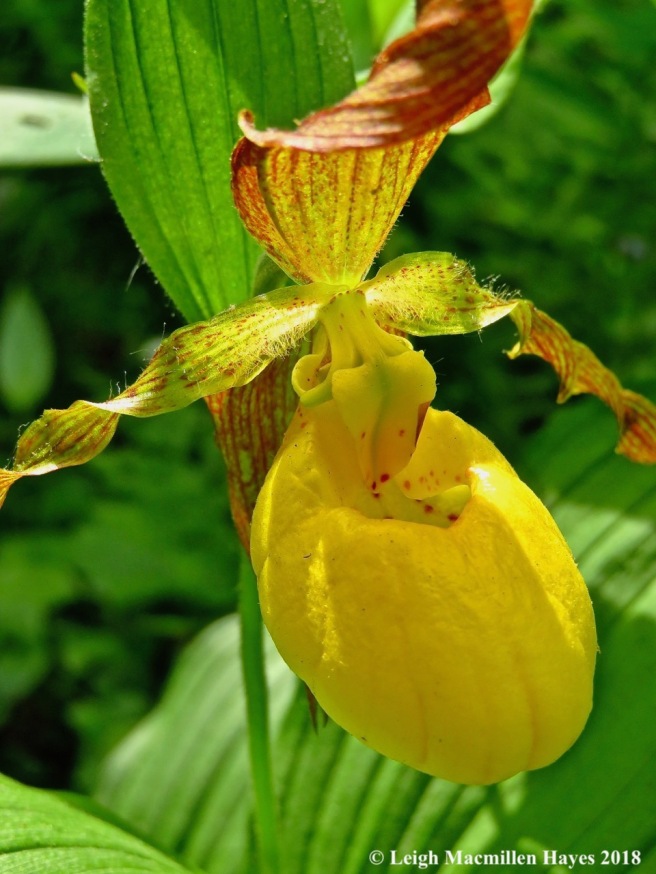 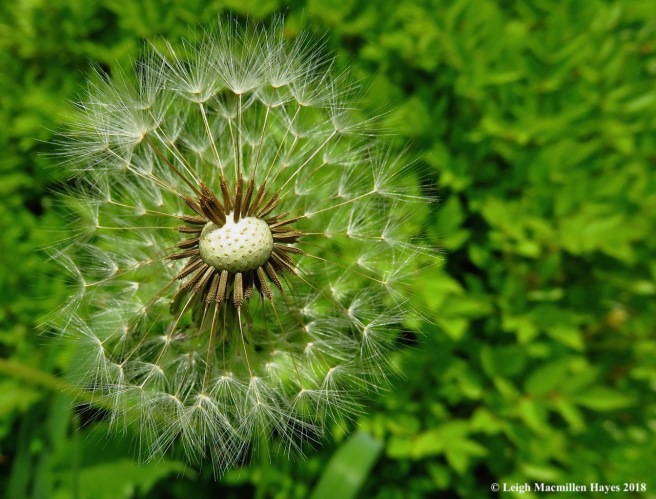 Thrown into the mix, common yet exquisite dandelions. 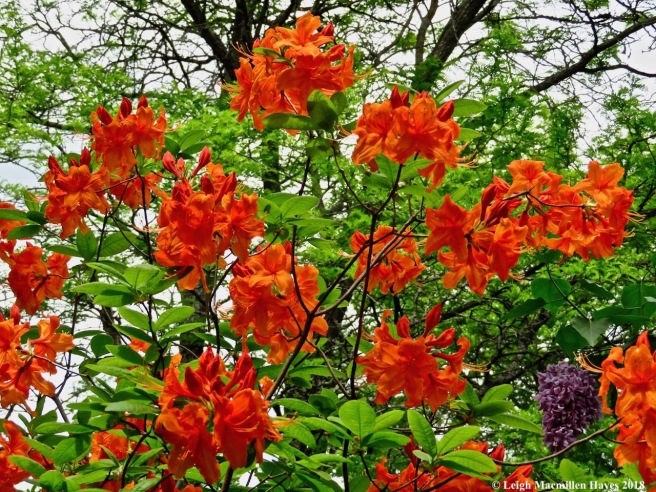 There were azaleas of the most intense orange delightfully juxtaposed beside a purple lilac. 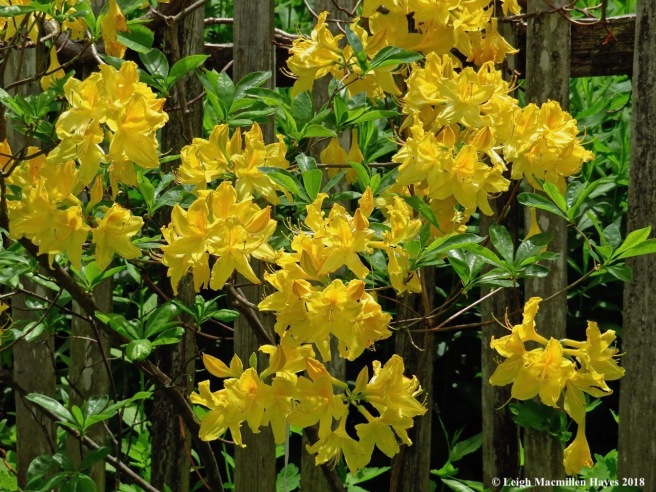 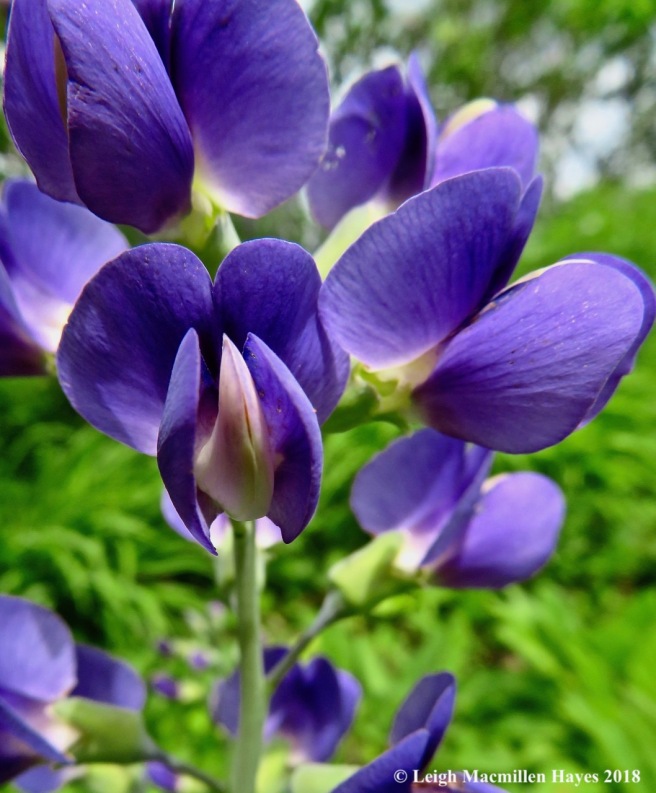 We found lupines of a sort that we hadn’t meet before. 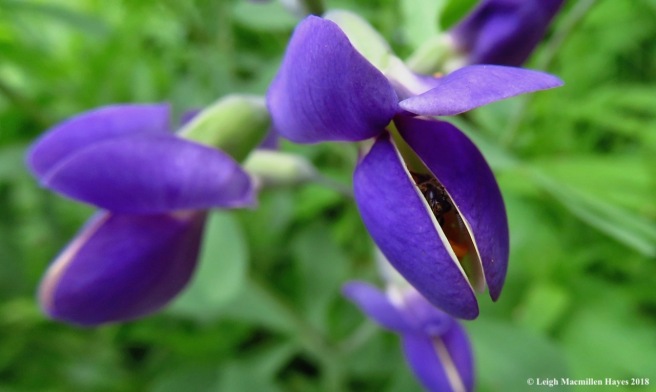 Though they weren’t yet in full bloom, a pollinator buzzed from within, 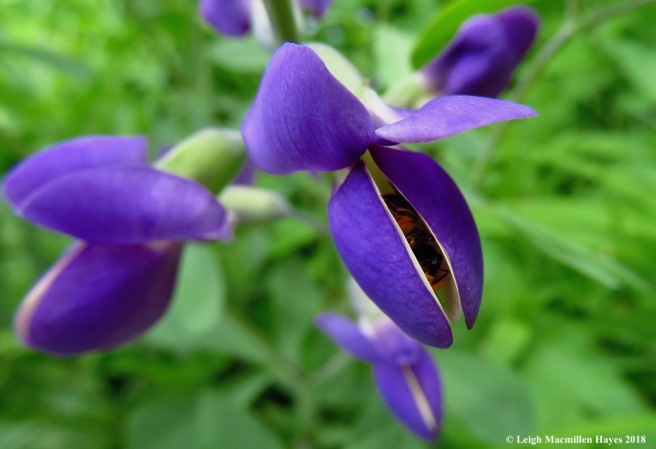 relishing the fact that it was first in line at the fountain of nourishment. 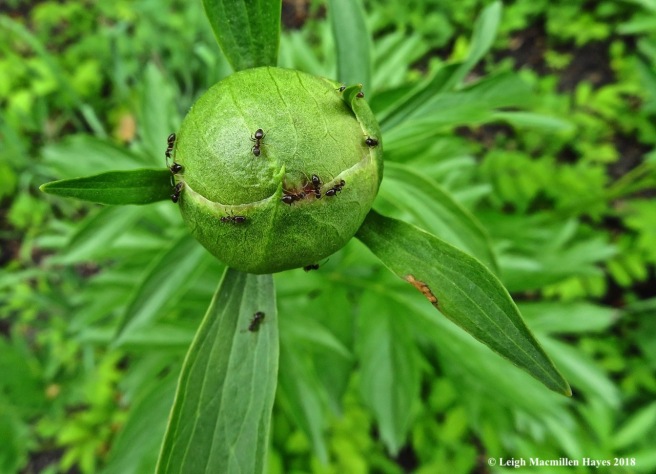 The same was true for the peonies that won’t blossom for another few weeks, but their goodness proved an attraction already. 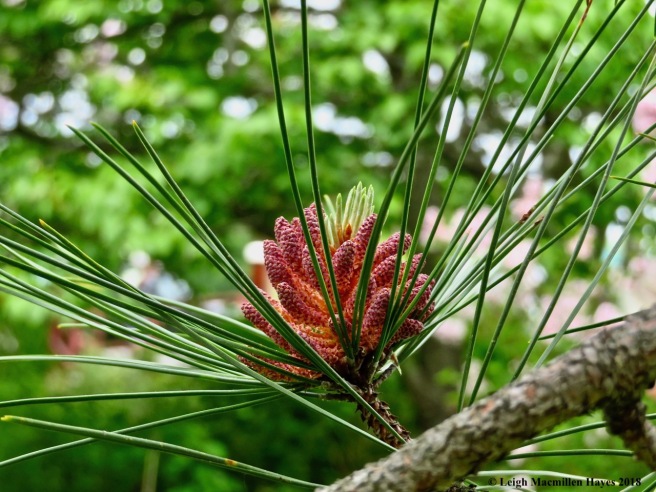 Sometimes our gaze moved upward and we admired the male and . . . 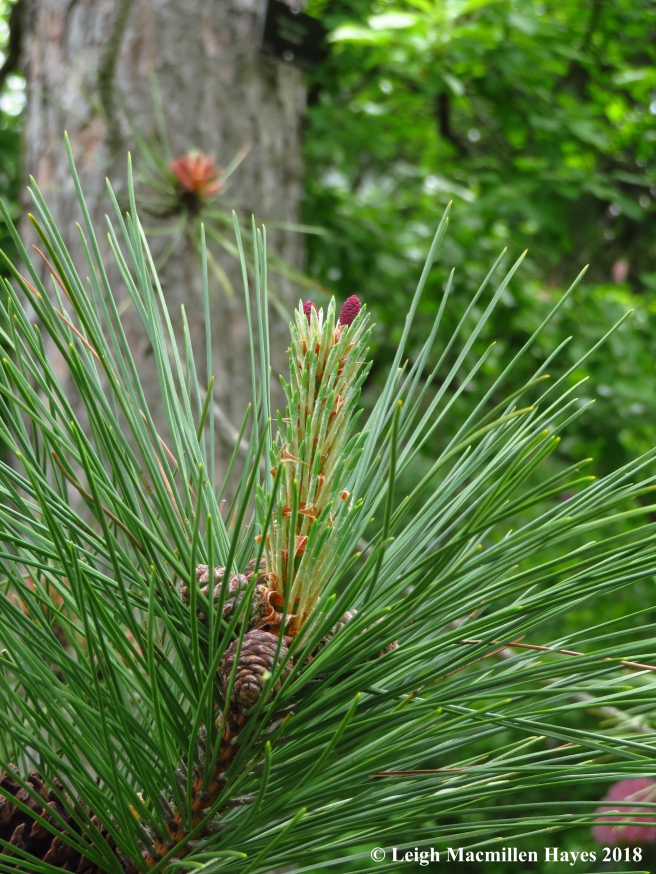 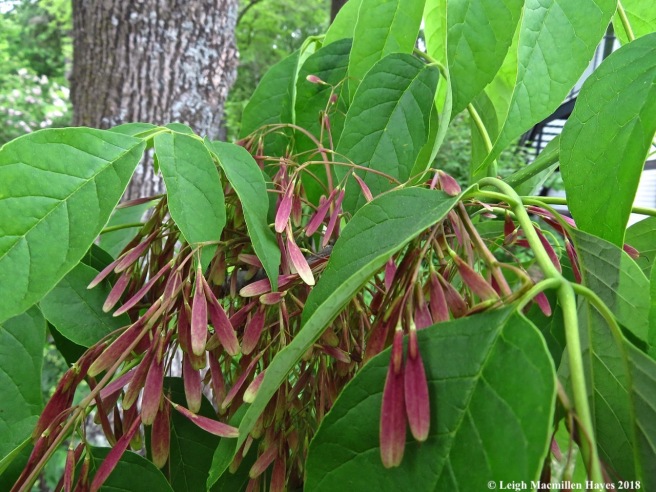 An ash tree also wowed us with its plentiful seed production. 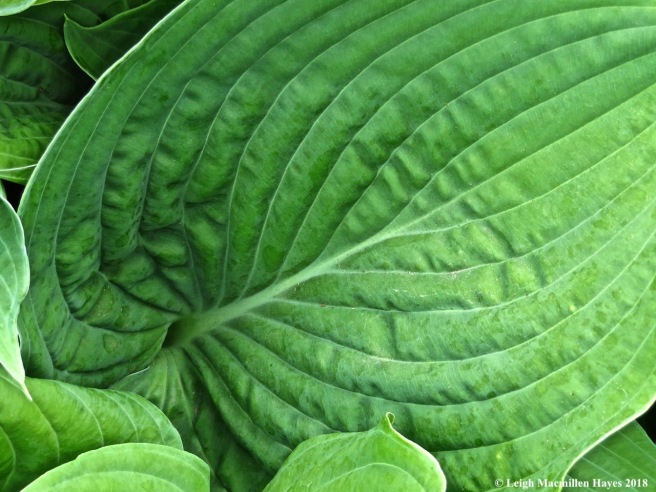 Everywhere, there were hostas adding variations of green and texture. 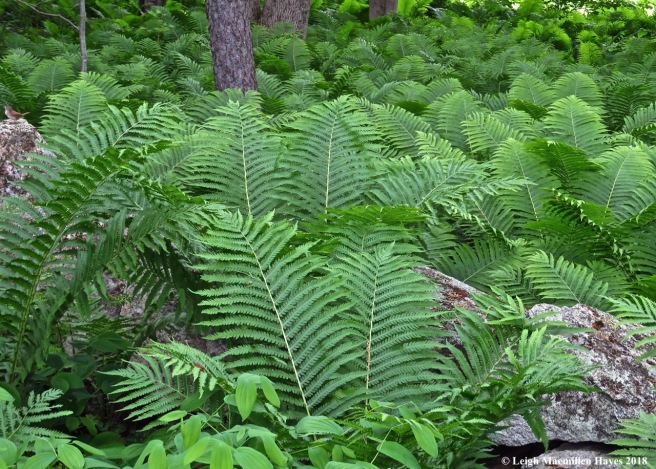 But among my favorites were the ostrich ferns . . . 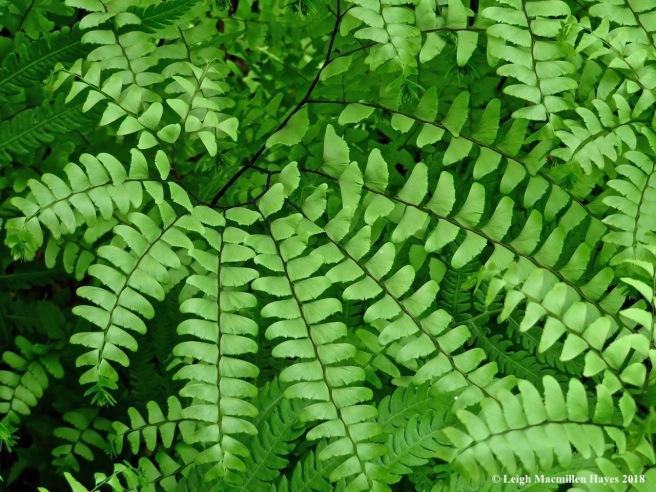 and maidenhead ferns. My inner fairy flitted from one step to the next as she climbed this spiral staircase to the ground. 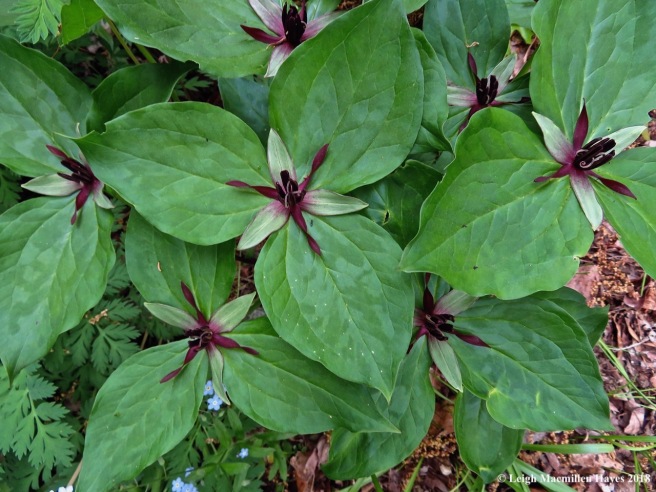 And what should she find growing among the forget-me-nots? Why the most unusual trilliums . . . 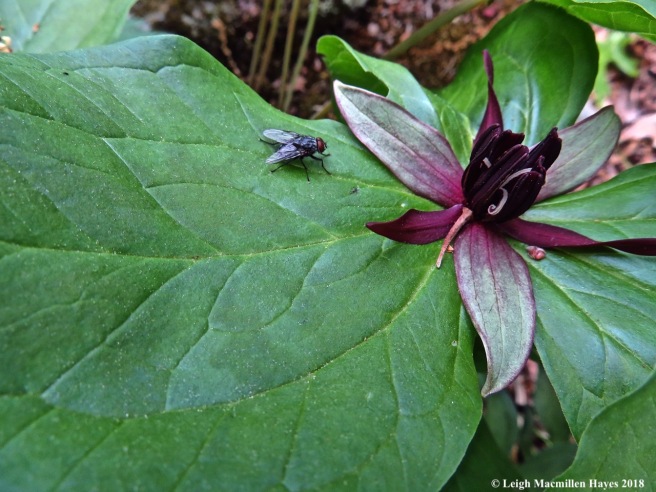 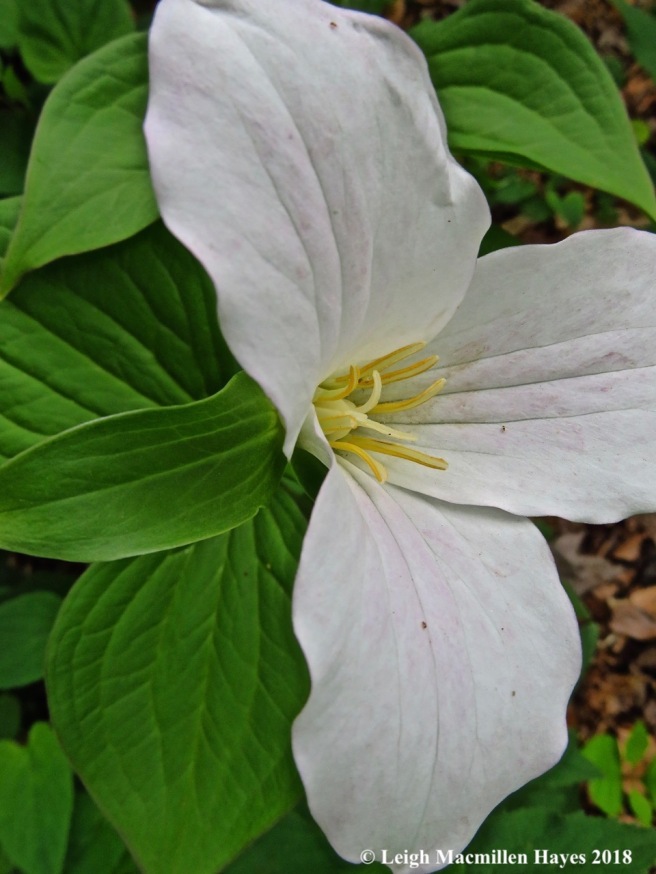 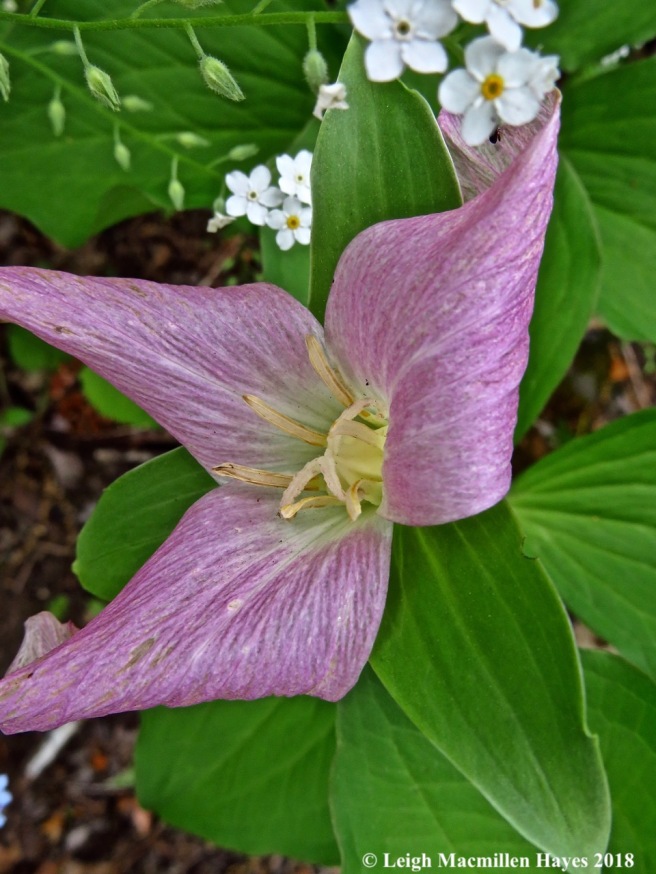 after another. All told, there were seven species of trilliums. 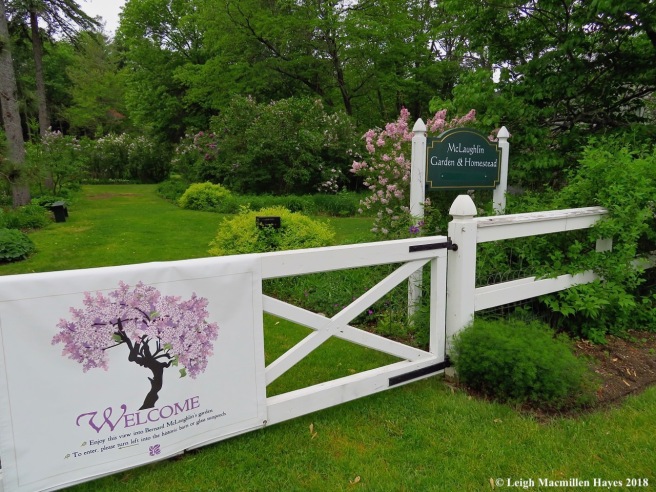 All told, what has been offered here is only a mere glance at Bernard McLaughlin’s garden. You need to experience it yourself and even if you aren’t much of a gardner like me, I trust you’ll be diggin’ the garden.